The Jefferson County Board of Commissioners dedicated the county’s new “Veterans Plaza” on the grounds of the historic county courthouse in Louisville. The reconfigured plaza grew from work by the Georgia WWI Centennial Commission. Louisville native Dr. Lamar Veatch, an associate for the Centennial Commission, spent the centennial years building databases both of soldiers from Georgia who died in WW1 and local monuments that honored them. Veatch discovered that his home county did not have a WWI memorial. He also learned that only a dozen soldiers from Jefferson County who died in that conflict were publicly recognized in the 1921 Georgia Memorial Book, all of them white. His research revealed an additional 14 deaths of Jefferson County citizens, eleven of whom were African - American.

Bringing this information to the attention of several County Commissioners, Veatch was invited to join with the Jefferson County Historical Society in presenting a proposal to the full Board of Commissioners. This proposal was to install a WWI monument, listing all 26 names, on the courthouse grounds. This new monument would join the existing memorials at this location that were for every other modern war and conflict. Not only was this proposal enthusiastically approved, the Commission subsequently decided to re-landscape the entire front entrance of the courthouse, clean and refurbish the older monuments, to create the “Jefferson County Veterans’ Memorial Plaza”.

The ceremony on May 23rd was attended by scores of community residents, including three generations of relatives of one of the African-American soldiers whose name is now inscribed on the new Jefferson County WW1 memorial. 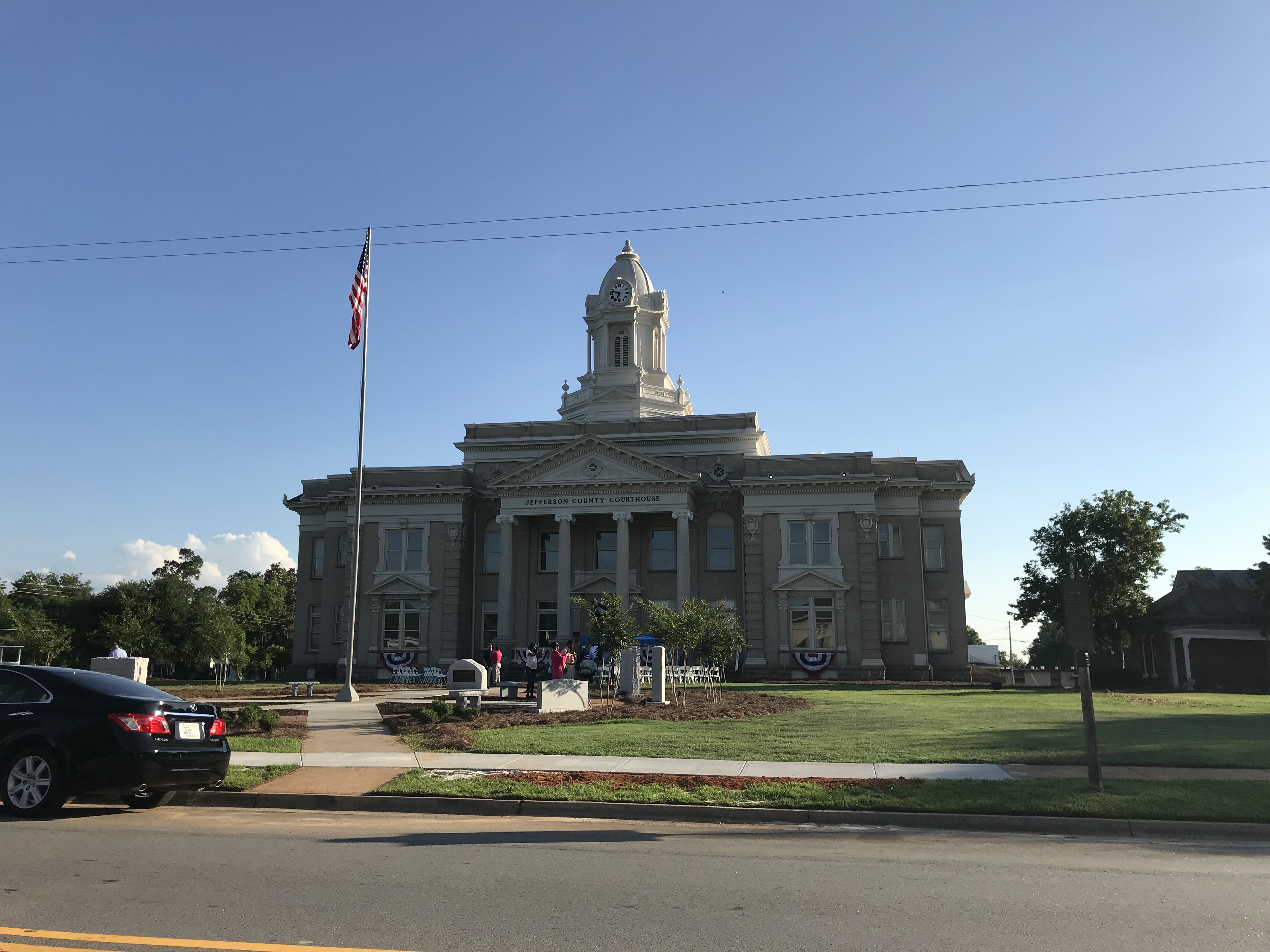 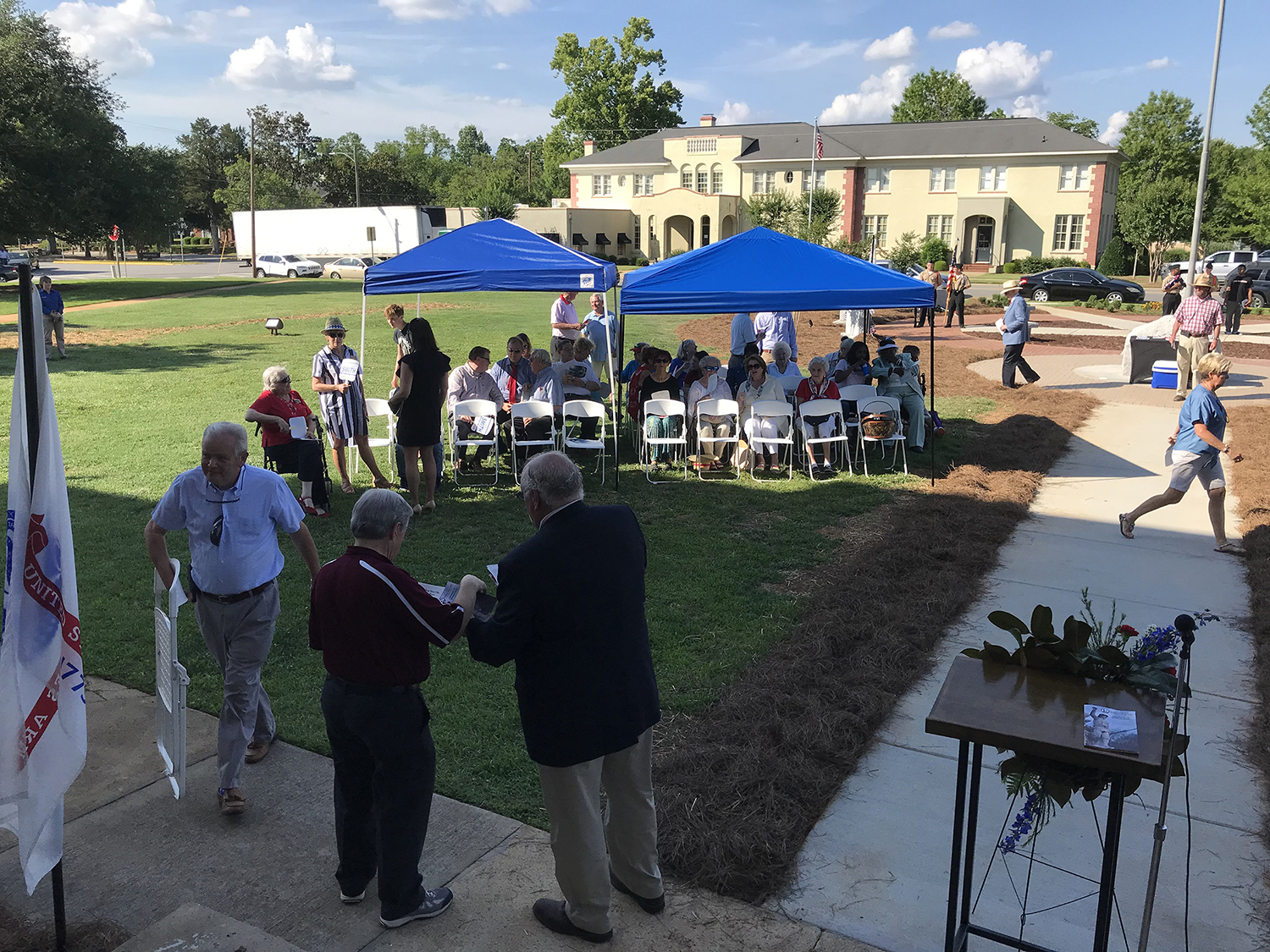 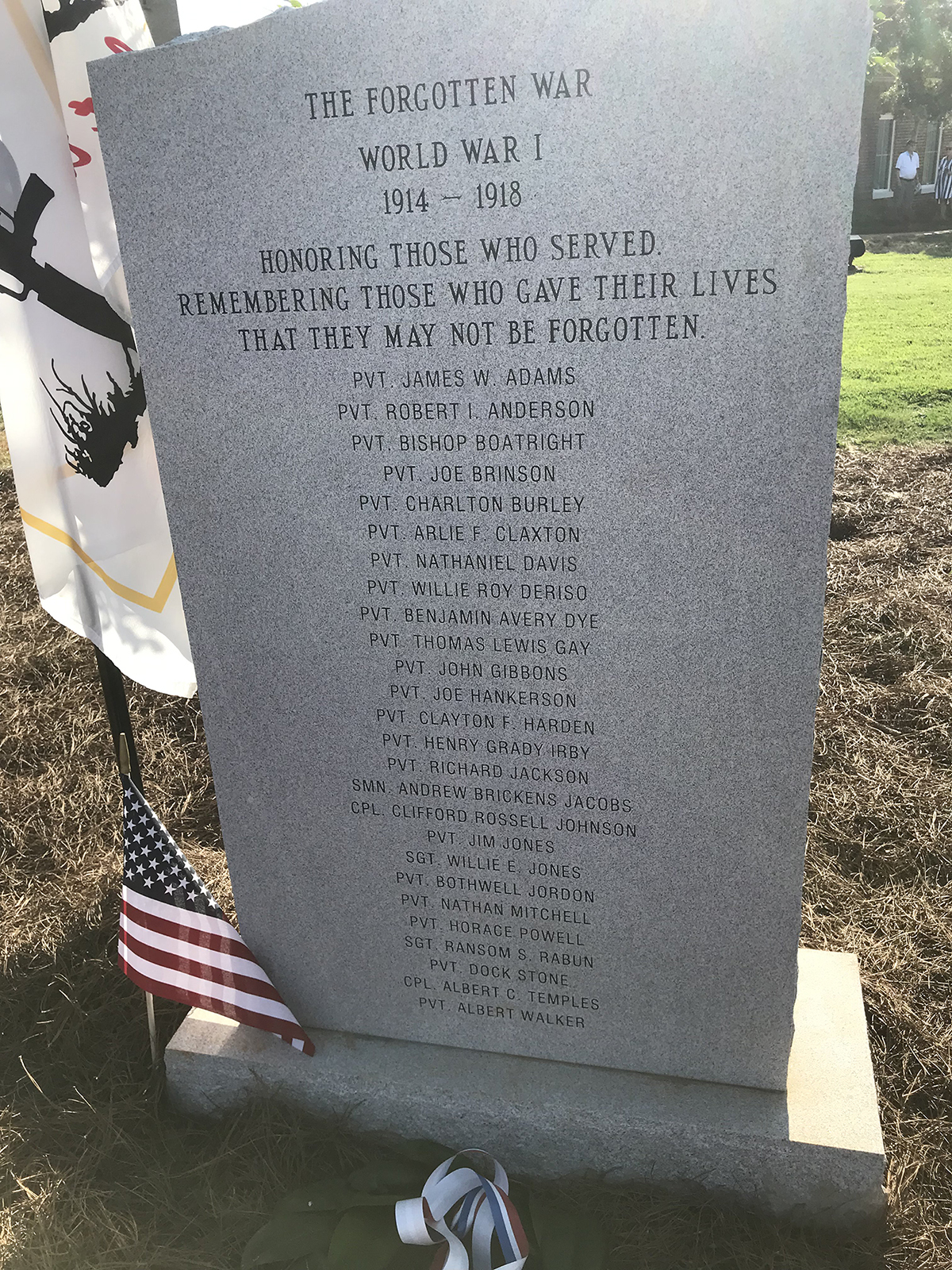