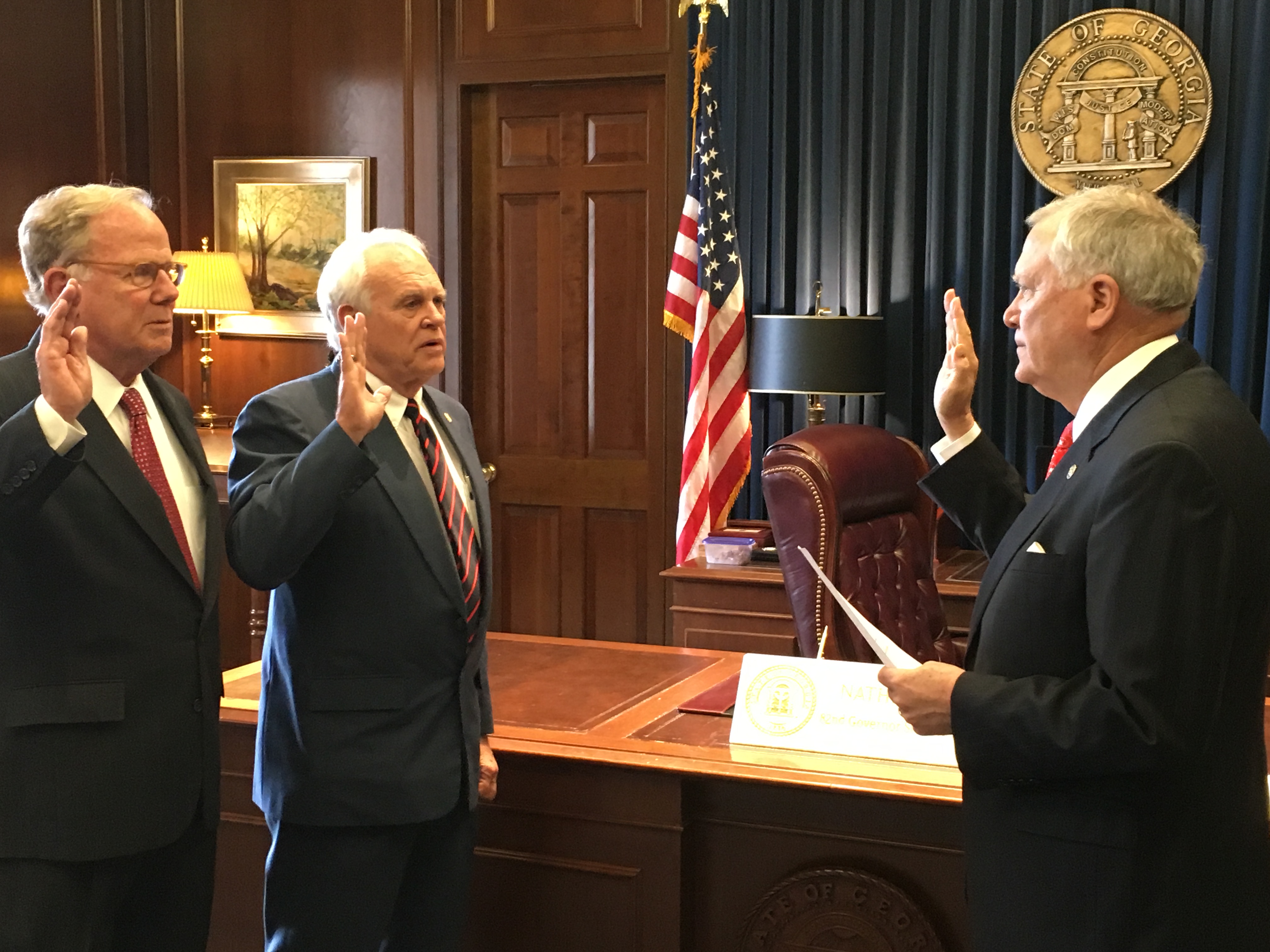 In a ceremony held February 24, 2016 in the governor's office at the State Capitol, Governor Nathan Deal administered the oath of office to his two appointees to the Georgia World War I Centennial Commission.  Left to right are Commissioners Sam Friedman of Atlanta and Rick Elder of Sylvania, with Governor Deal. 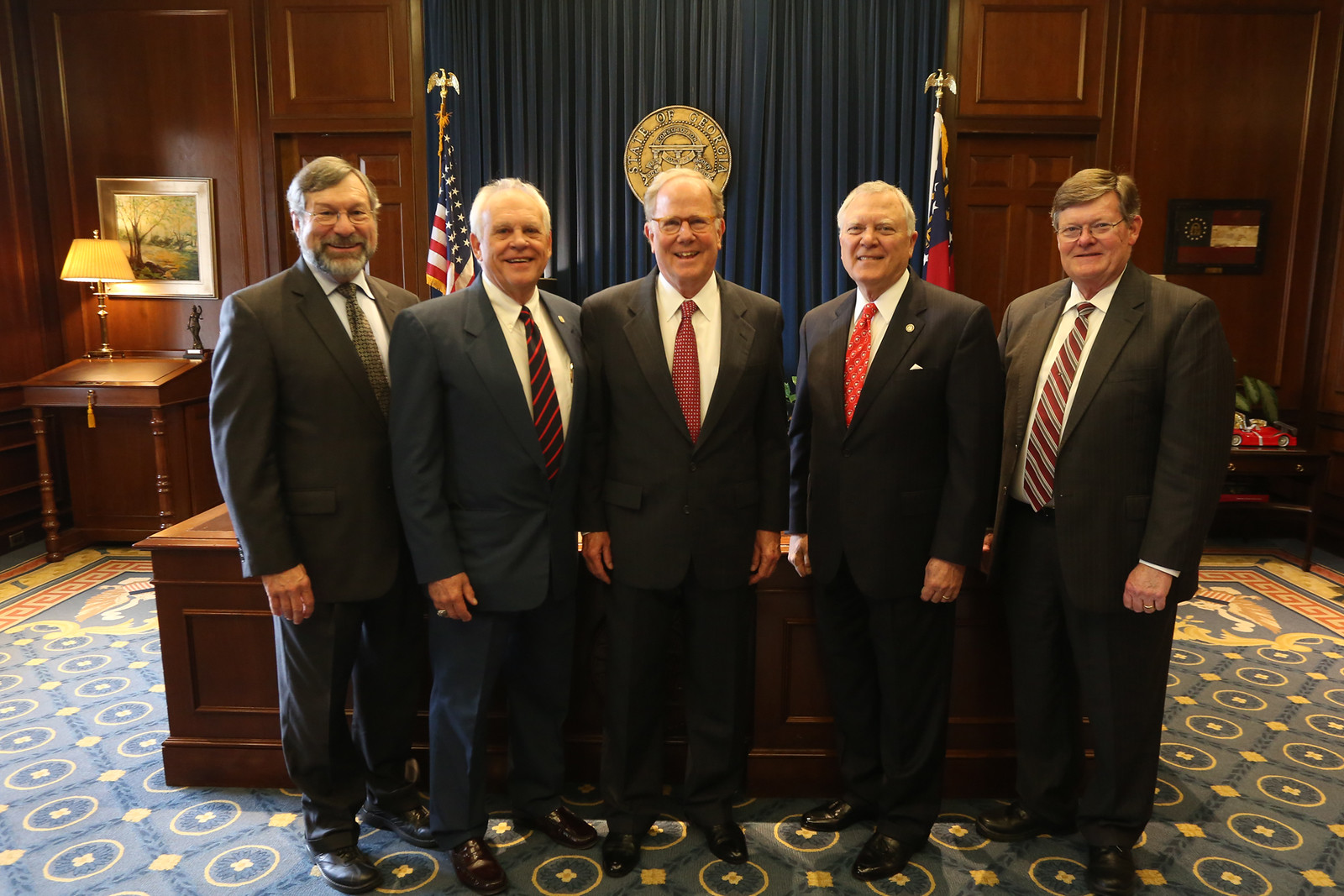