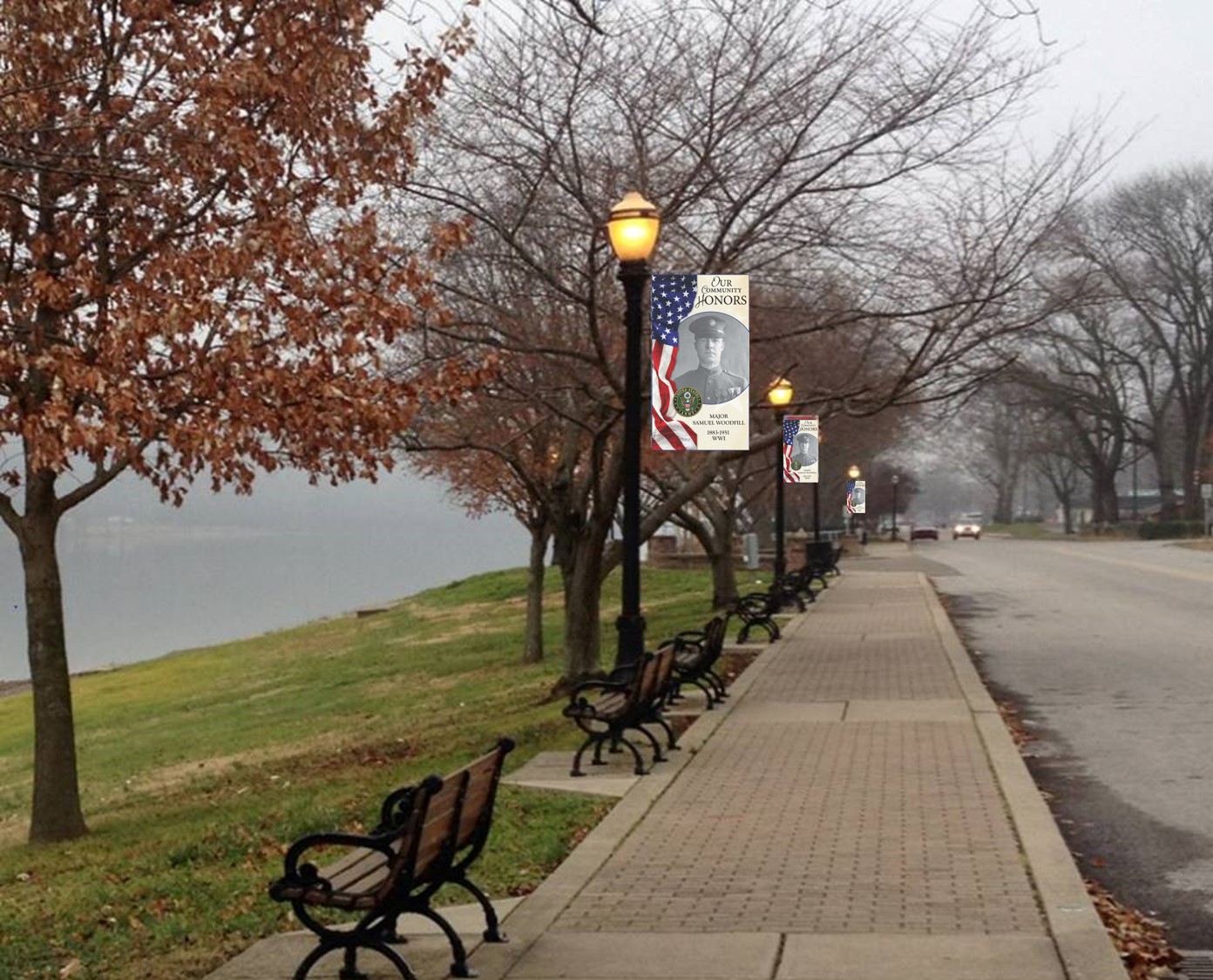 The first banner honors Samuel Woodfill, Jefferson County Medal of Honor recipient. The banners will be displayed from Armed Forces Day to Veterans Day annually on light poles throughout the city of Madison, Indiana. Gift certificates and outright purchase of banners begins Christmas 2017.

A ceremony will be held on Armed Forces Day 2018 which will be the start of year-long projects honoring Samuel Woodfill, culminating on October 12, 2018, the date in which Woodfill earned his Medal of Honor one hundred years ago. This project has widespread community support from government, veterans groups, industry, civic organizations and the public.