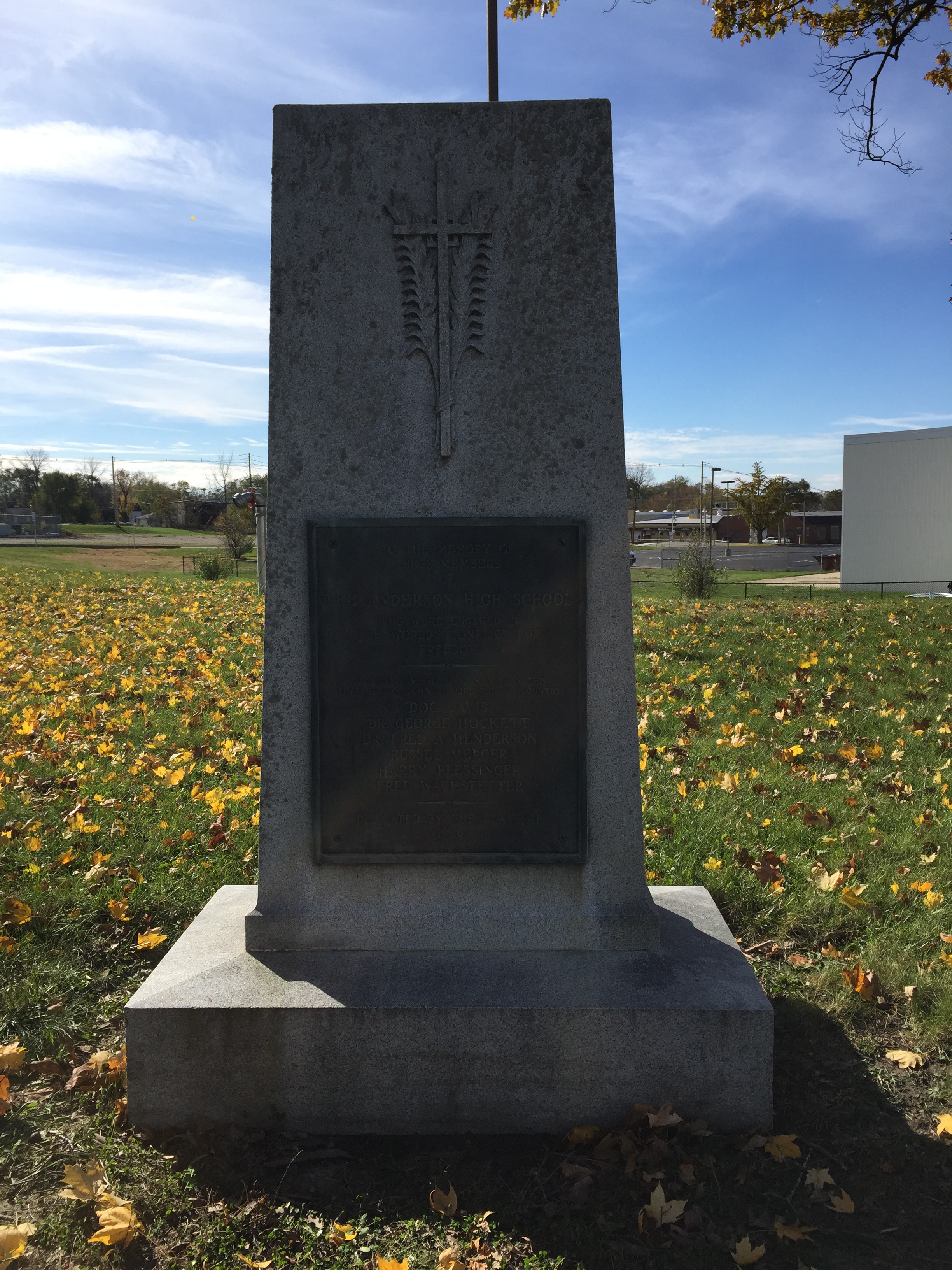 This project aims to relocate a monument, erected by the Anderson High School Class of 1920, honoring the six AHS graduates who lost their lives in WWI, from the former AHS  grounds to the Anderson Maplewood Cemetery Veterans section.

A 7-foot-tall memorial, erected by the Anderson High School Class of 1920, honoring the six AHS graduates who lost their lives in WWI, was left behind when the high school was moved to a new location.  Soon after the move, the old high school building burned, leaving the monument sitting on vacant property, not being seen or appreciated and subject to vandalism.

The Kikthawenund Chapter of the Daughters of the American Revolution, a women’s service organization based on the principles of patriotism, historic preservation, and education, initiated a project to relocate the monument to the Veterans sections of Maplewood Cemetery in Anderson.  Fundraising will begin in March 2018 with a planned completion date of November 2018 in time for a public rededication ceremony on or around November 11. 2018.

The public ceremony will include invited guests or speakers such as relatives or descendants of the six honored veterans whose names are listed on the memorial, the AHS Class of 2020 in honor of the Class of 1920 who erected the monument, the AHS JROTC Color Guard, Madison County Historical Society representatives, and local and state dignitaries.