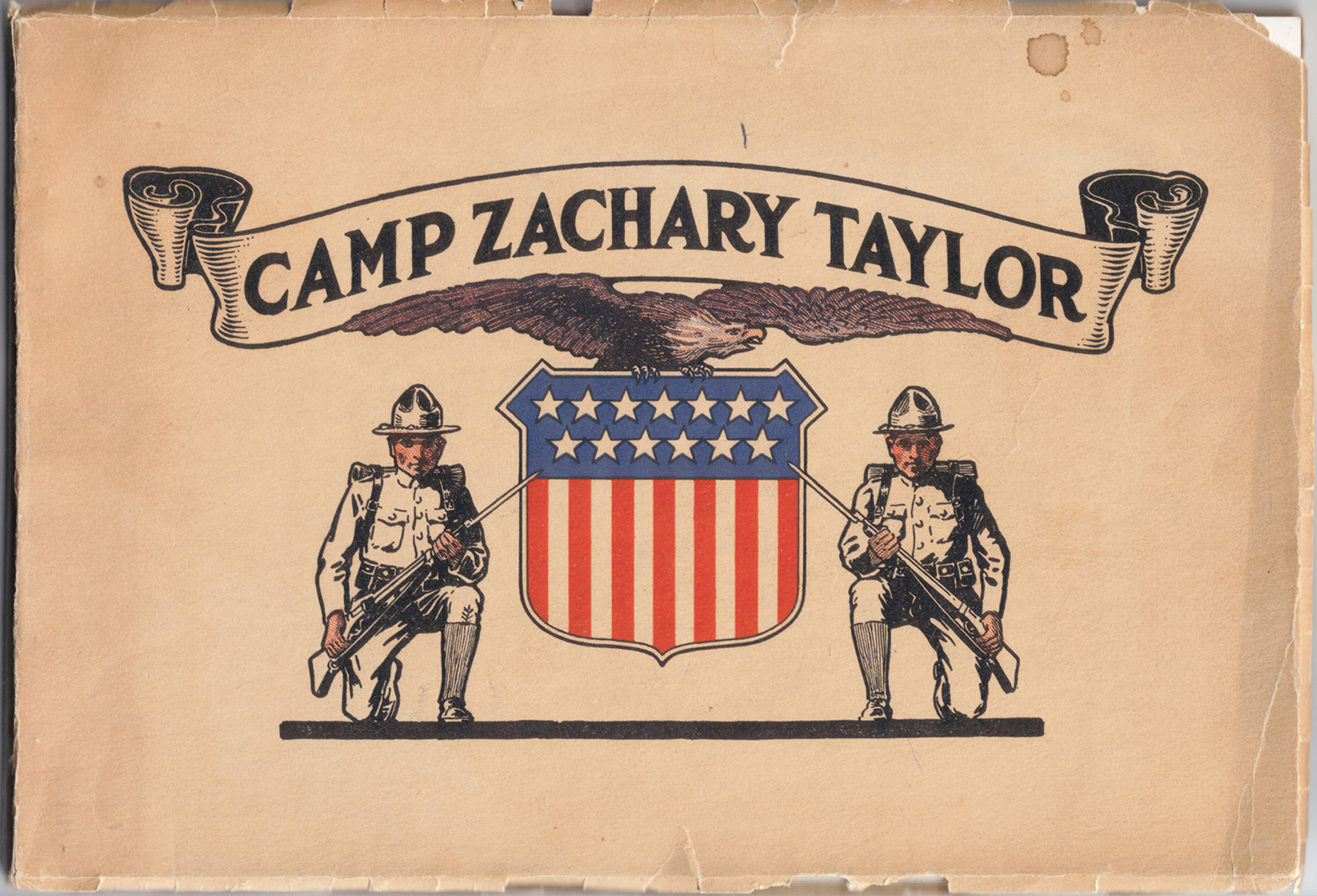 The Courier-Journal / Louisville Times was the official news reporting agency for Camp Zachary Taylor. The publisher had two buildings across the street from the Headquarters Buildings, which employed many reporters and photographers.
The Courier-Journal was a Pulitzer Winning publication, and was headed up Henry Watterson. Watterson was instrumental in getting "Zachary" added to the official name of the camp. Of the 16 Cantonments built, Camp Zachary Taylor is the only one that includes the full name of the individual for which it was named. 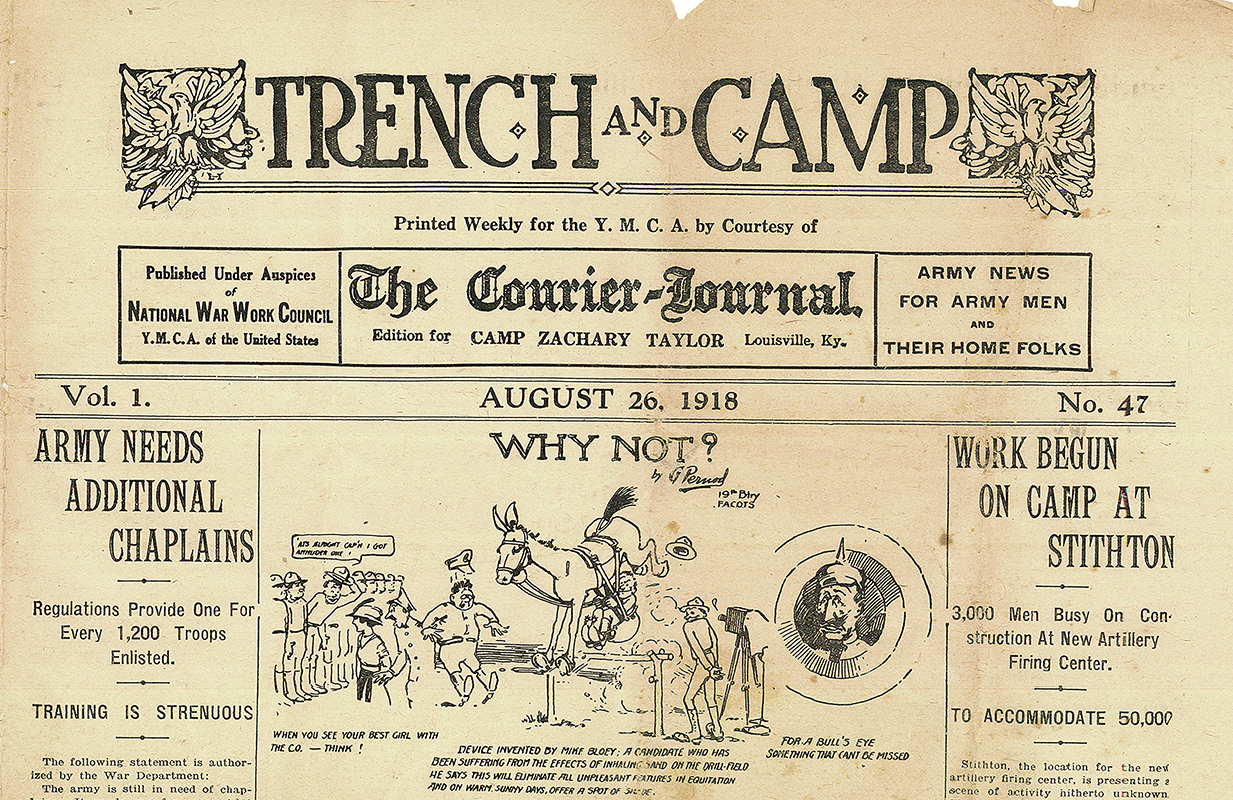 Maurice Dunn was the Chief Correspondent and Editor for the Courier-Journal at Camp Taylor, and he oversaw the publishing of the "Trench and Camp" paper, which covered all of the news and activities that took place at the cantonment. 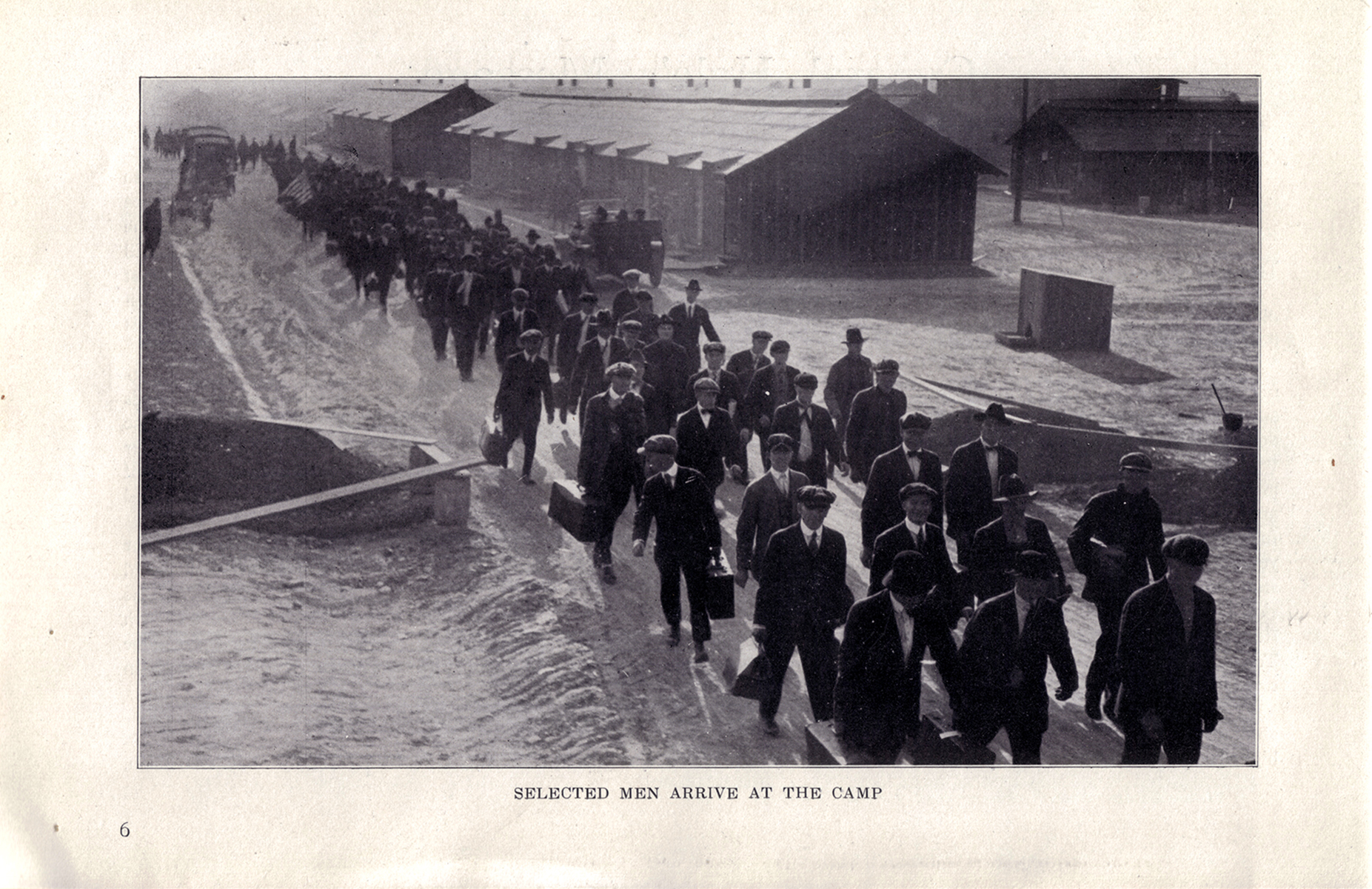 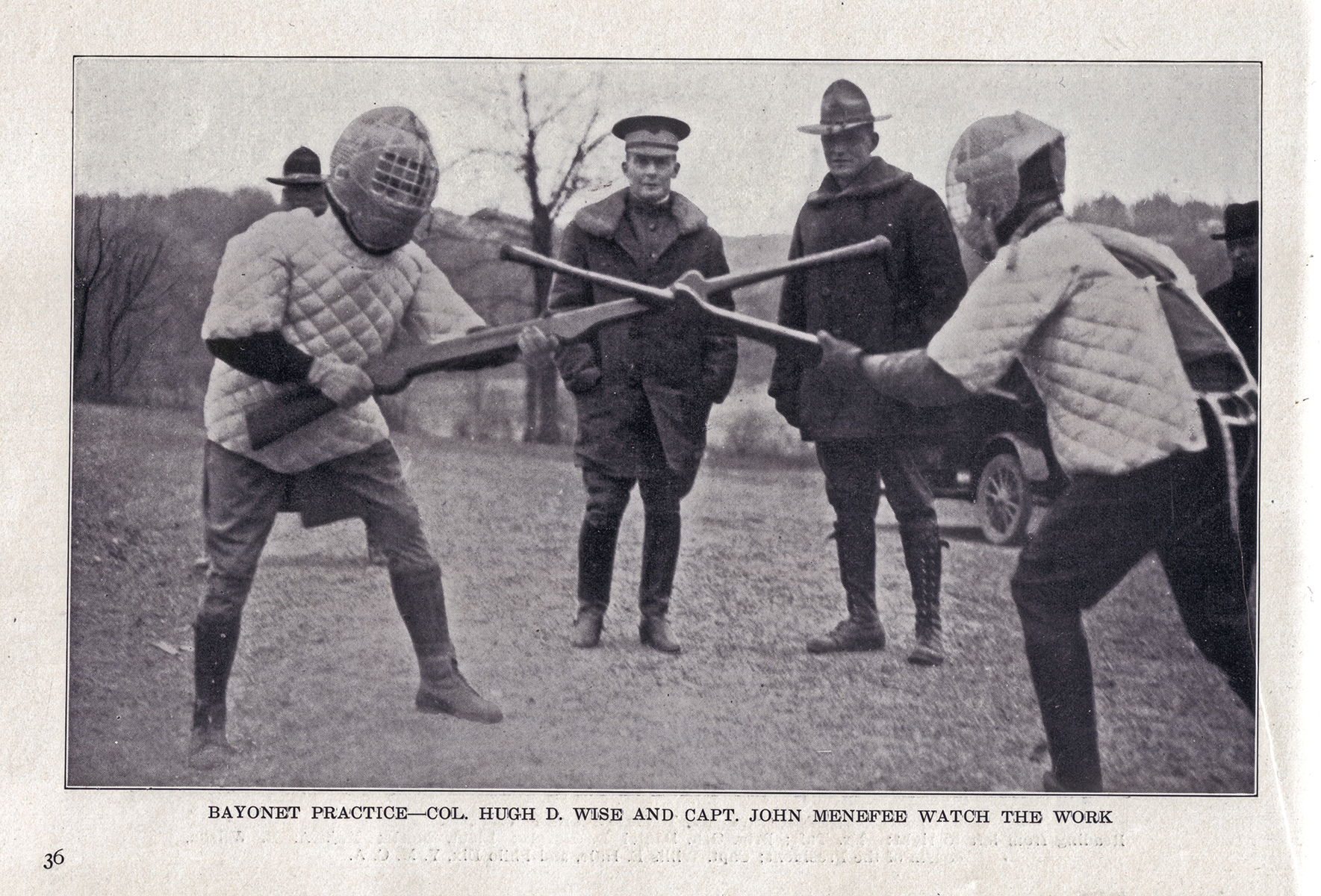 Kentucky and the Great War 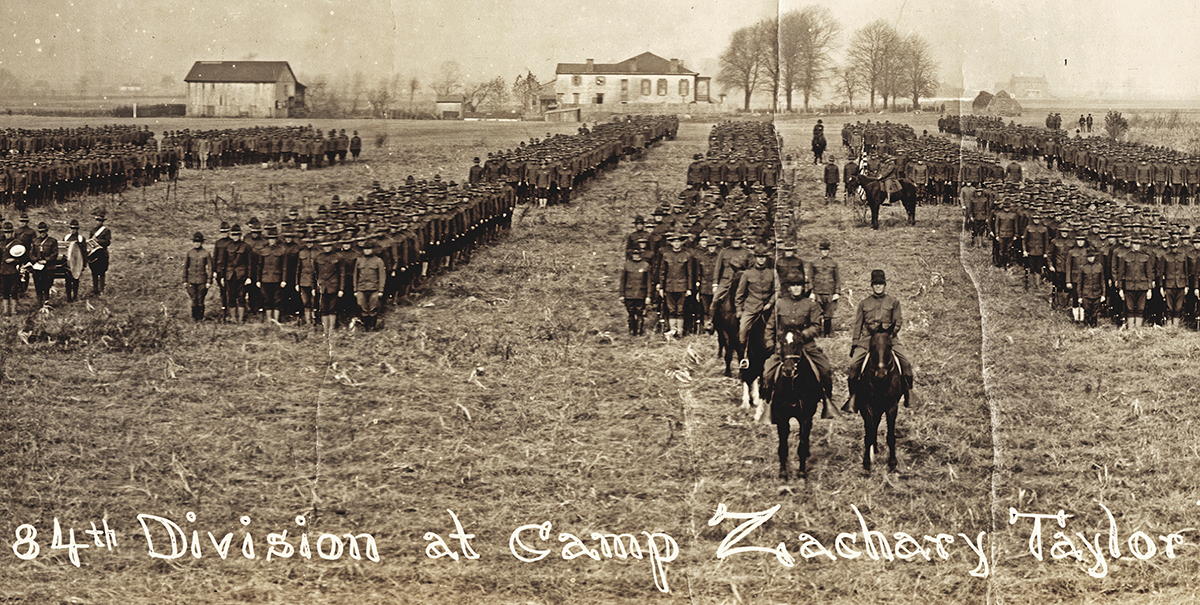 On June 11, 1917, Kentucky joined the rest of the Nation in the fight to end the aggression in Europe. On that day, it was officially announced that one of 16 new Cantonments would be built in Louisville, Ky. It was the news that the city had been awaiting for several months. When war was declared on April 6, 1917, the US Army was making plans to increase it's man power by organizing new Divisions. The 84th Division would draft men from the states of Illinois, Indiana and Kentucky.

The new training camp would be built somewhere in one of the three states. Multiple cities entered into the race to win the construction project. Along with Louisville, Bowling Green, KY., Lexington, KY., Evansville, IN., Fort Wayne, IN., Indianapolis, IN., and Jeffersonville, IN were bidding for the project. Jeffersonville, IN. was a serious competitor as it was the US Army's Quartermaster's Depot, which stored most of the military goods and equipment, that would be needed to supply the new cantonment.

The contract to build the camp was signed in Washington DC on June 20, 1917. The army construction quartermaster left for Louisville that same day, and arrived by train the next. Construction began two days later on June 23, 1917.

Construction continued at a blinding pace. 1787 buildings were built between June 21st and August 28th, when the project was considered to be substantially complete. A total elapsed time of 69 calendar days from when the contract was signed. Along with the structures, 16.3 miles of new roads, 30.8 miles of new sewer lines, 38.7 miles of new water lines, all new electric and telegraph lines, extension of the street car line into the camp, and 6.75 miles of railroad track and spurs were built. The first soldiers arrived at Camp Zachary Taylor on September 8, 1917, and all construction was complete on November 23, 1917.

In November of 1918, Bert Hodges was enrolled in the Field Artillery Central Officers Training School at Camp Zachary Taylor. Bert had been accepted in the 10th Training Battery, and was due to graduate from the six week course on December 11, 1918. When the armistice was signed on November 11, 1918, Bert was excited to hear the news.

Bert, and his brother David, were from Antrim, New Hampshire, and both had enlisted in the army. David was with AEF, 86th Division, and was in France when the war ended. On November 18, 1918, Bert wrote a letter to his brother, expressing his excitement about the great news. Unfortunately, David never got the letter because he had died from disease before it reached him. The following is the transcript of Bert's letter to David. 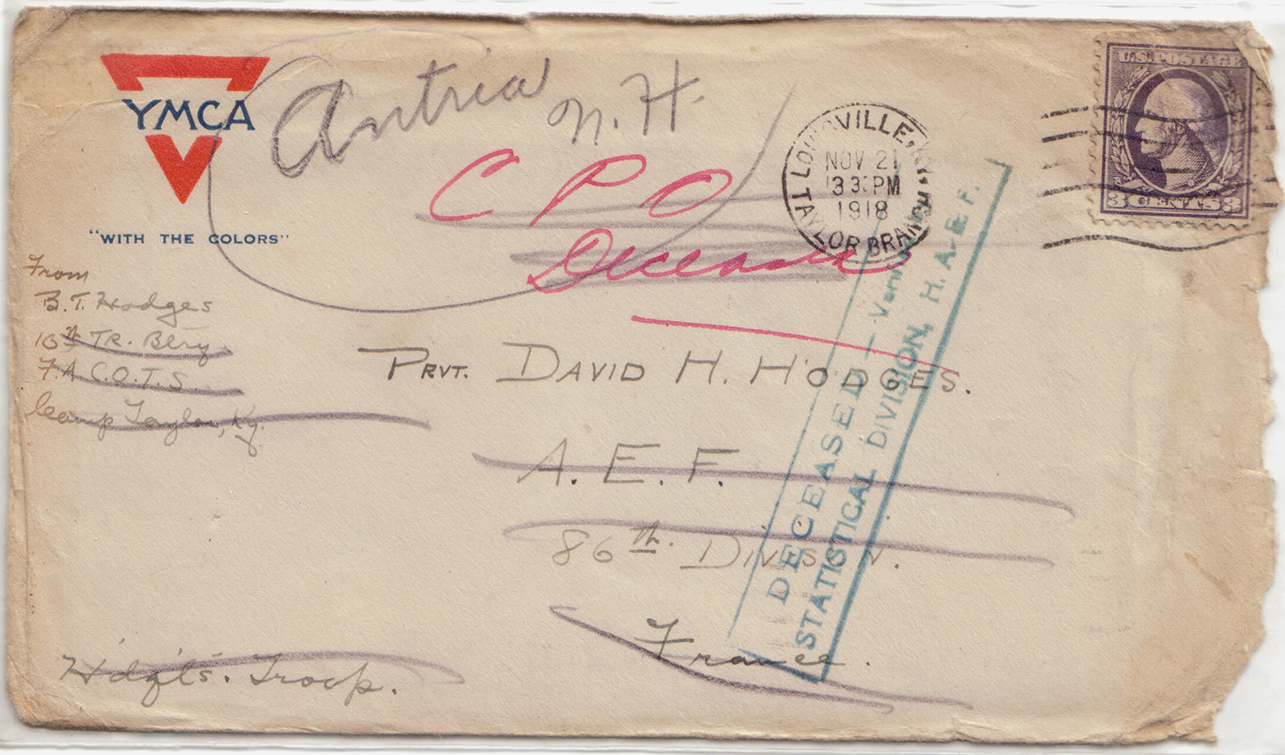 Dear Brother,
I expect the excitement we are having here over peace is nothing compared to what you are witnessing over in France. I envy you and all the more because I'm almost sure now that I'll never get across. No more commissions in the regular army are being given at this school. The best we can do is get a commission in the reserve with the possibility of seeing a little active service. This morning we have had a morning off so that all those who wish to resign immediately may. However our battery has only three weeks more until graduation, so practically all are going to stick it out. Half of these too want active duty on finishing too, but I don't care particularly for it during demobilization. I want to finish and then get out and earn a little bit to start school again with .

If I thought I'd ever get a chance to go across I'd be willing to sign up right away for active duty, but such chances I figure aren't more than one in a hundred.

You're letter was certainly interesting as anything you may write about will be. The day after I received it, I got one you had written mother also. I sent mine on to her. Here's hoping that the time is not many months off now when you can tell us all of your experience without fear of censors cutting it out.

This course in Field Artillery has certainly been interesting. Actually I was getting in love with the work but now that peace has come the big incentive for the army life has gone and I only want to get back to my premedic work.

I was rather planning to send you a snapshot of myself with this letter but just heard that George was just getting over an attack of “flu”. So I tucked the last one of three I had had with his letter. I'll try to have one to send you before long.

Mother wrote that Mike graduated Wed. from Harvard Radio. I expect that means that he will get on the water before long and as he enlisted for four years, I expect peace does not affect him greatly.

I am hoping to get home and spend the winter in the woods lumbering or doing something like that. As I said it's only four weeks till graduation if we are successful. Next week we go to the range, live in tents and have actual target practice with our Brit and Amer. 3” field pieces.

Must close now with the best of wishes.

Bert did graduate as a 1st Lieutenant from the Field Artillery School on December 11, 1918 . His letter to his brother David finally made it back to Camp Zachary Taylor on March 25, 1919, which was then forwarded to him in Antrim, NH. where he returned after being discharged from the army. 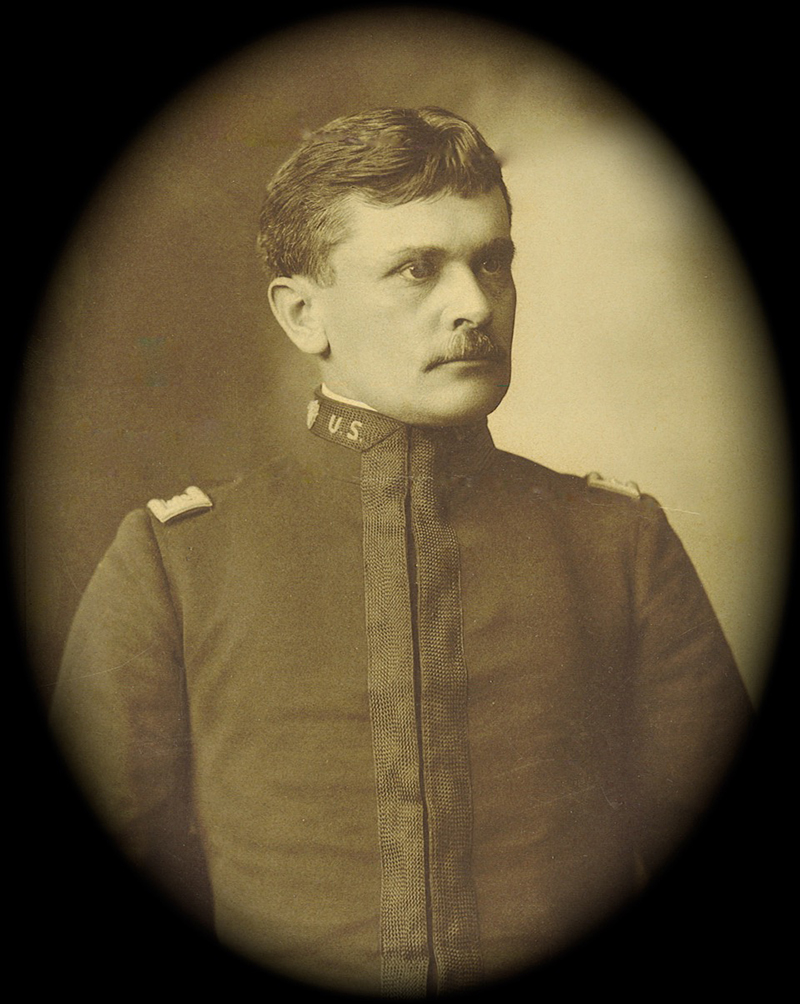 Major General Hale, a graduate of West Point, was commissioned 2nd Lieutenant of Infantry in 1883. He was in various battles, from the Indian Wars where he participated in the capture Sitting Bull, to Vosges Pass. He participated in the Spanish-American War, the Philippine Insurrection, the Mexican Border troubles, and saw action in China prior to World War One.
In 1890-1891 he took part in the Sioux Indian Campaign, where he was the central figure in a notable defeat. He went out alone into the frozen Bad Lands of South Dakota, to hunt for band about 150 of Sitting Bull's tribe. The band of warriors had left Ft. Bennett the night before, after the "Ghost Dance" which ended with the accidental death of their Medicine Man. He located the 150 Sioux warriors on Cherry Creek, and brought them back single-handedly, two miles as captives. He was recommended for the Congressional Medal of Honor two times. However, regulations require that the CMH can only be issued in cases of actual battle, and since he accomplished his mission without firing a shot, the metal could not be awarded.
In 1917 he became the first Commanding General of the 84th Infantry Division at Camp Zachary Taylor. General Hale and the 4th Division left for France on August 20, 1918 where it served as Occupation Forces, and used as replacement Soldiers on the battlefield for other units. Major General Hale was later assigned to command the 1st Infantry Division and the 26th Division. 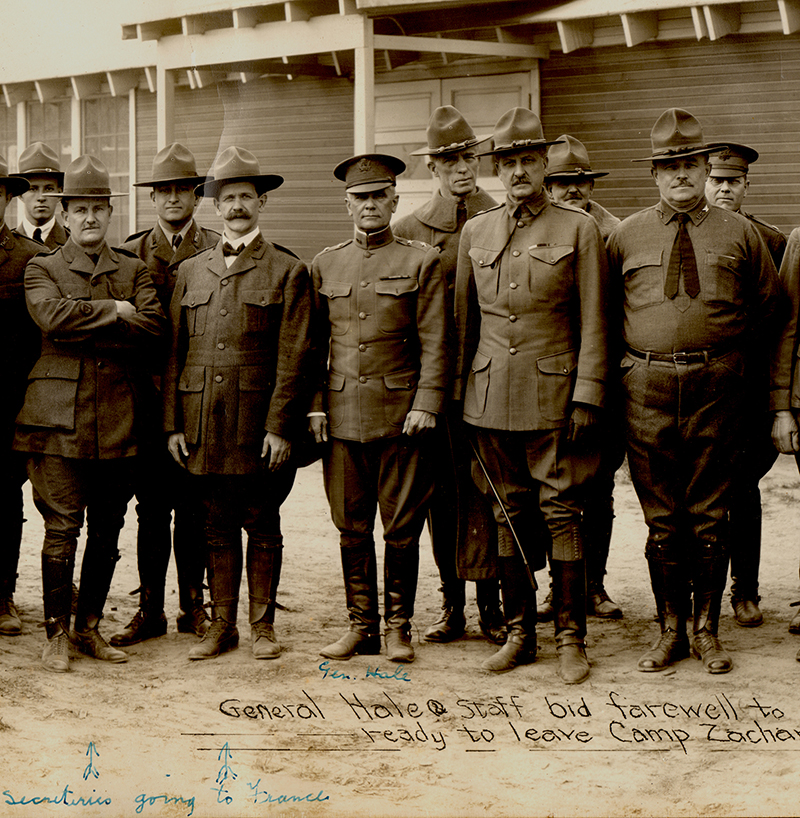 In 1925, at the age of 64, he was forced to retire, due to reaching the maximum age for service. General Hale passed away May 21, 1946, and is buried at Arlington National Cemetery.