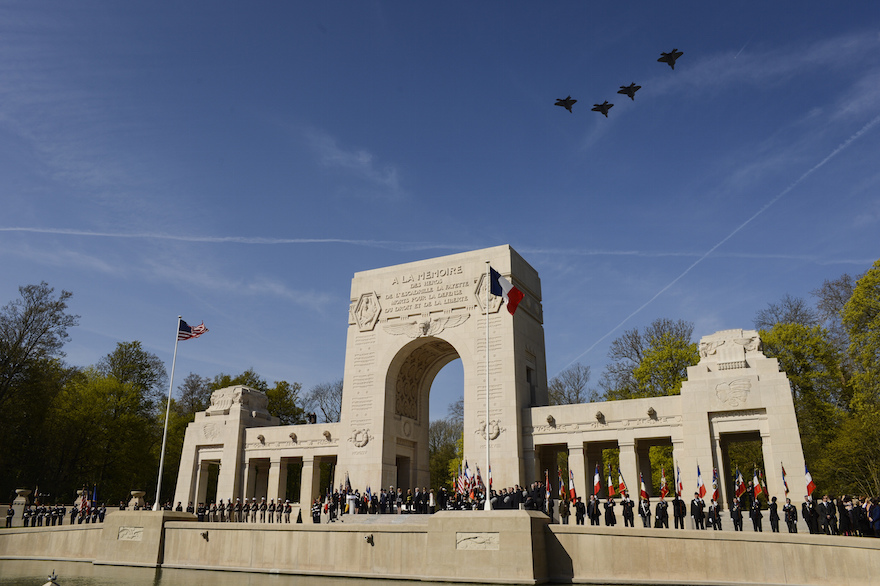 Flyover during the 100th anniversarry LE CeremonyU.S. and French military and civic leaders attended the Lafayette Escadrille Memorial event in Marnes-la-Couquette, France, yesterday, to commemorate the centennial of the flying squadron’s formation. The Lafayette Escadrille was formed on April 20, 1916 by 38 U.S. volunteer pilots who flew under French command a year before the U.S. entered into WWI. The memorial celebrates not only the 38 original pilots of the Lafayette Escadrille, but all 269 American pilots who flew with the French Air Force as part of the larger Lafayette Flying Corps, 68 of whom were killed during the war and are interred at the memorial crypt.

Secretary of the Air Force, Deborah Lee James, remarked that, “We also honor all French and American citizens who have devoted their life to protecting our shared ideals. These valiant Airmen laid the foundation for an American Air Force that will forever stand with France.”

Read the whole story on http://www.warbirdsnews.com