On April 6, 1917 after a series of provocations, America entered the war on the side of the Allies which included France, Italy, Great Britain and Russia. Massachusetts played a large role in the war effort. The 26th “Yankee” Division, made up largely of Massachusetts National Guard units, was the first full US Army division to deploy to France.The 26th fought in six campaigns. 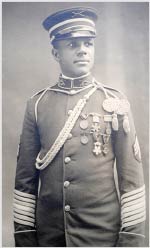 The Massachusetts State Guard, the state militia that replaced the National Guard serving in France, recruited women to serve as nurses marking the first time women served in the militia. State Guard medical personnel were among the first to reach Halifax, Nova Scotia after a devastating explosion killed and injured thousands on December 6, 1917.

(As a measure of appreciation the Province of  Nova Scotia sends Boston a large Christmas tree every year.)

Nurses at Evacuation Hospital #1 26th Division, Sebastopol, France
Hundreds of factories in the state  manufactured weapons, clothing, shoes, and equipment for both American and Allied armies. Large numbers of women entered the work force and, for the first time, women were allowed to enlist in the US Armed Forces. On the home front, individual citizens and voluntary associations supported the war effort by purchasing war bonds, collecting metal for reuse, planting gardens, and sending letters and parcels to troops overseas. 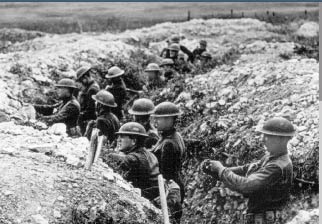 Trench WarfareWorld War I changed Massachusetts, the nation and the world. Rapid wartime social change brought political transformations such as the 18th Amendment to the Constitution prohibiting alcohol, and the 19th Amendment giving women the right to vote. Despite not joining the League of Nations, the United States emerged as a world power, and the new maps of Europe and the Middle East drawn after the Armistice created issues that still resonate today.

Over 189,000 Massachusetts  men and women served in the US Armed Forces with some serving Allied forces during the war. Massachusetts paid a steep price with the death of 5,775 of its sons and daughters who died in service.

After the war, hundreds of veterans died from their wounds or from exposure to gas.