The Maine Historical Society will hold a special screening of a new Smithsonian Channel documentary one week prior to the film's airing. This documentary follows photographer Jeff Gusky in his search to unravel mysterious carvings found in underground caverns in France. His journey leads him to New England as he works with military historians to figure out who the men were who made the carvings, and what their legacy was that they left behind. 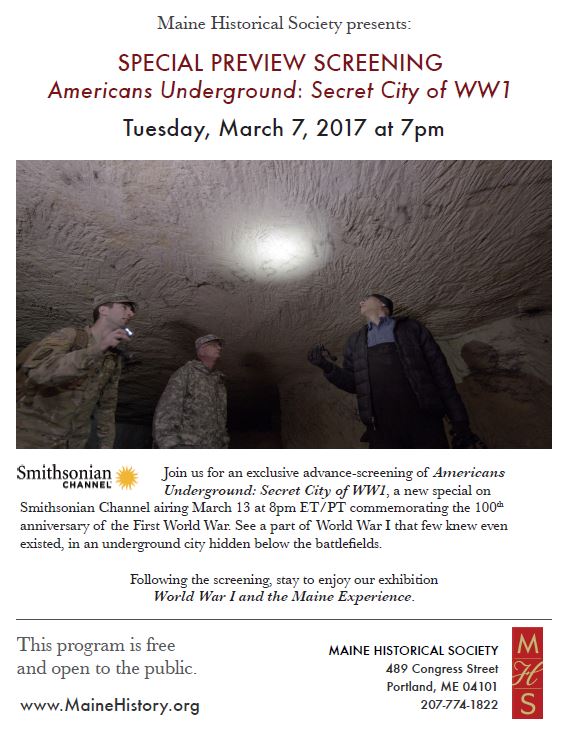