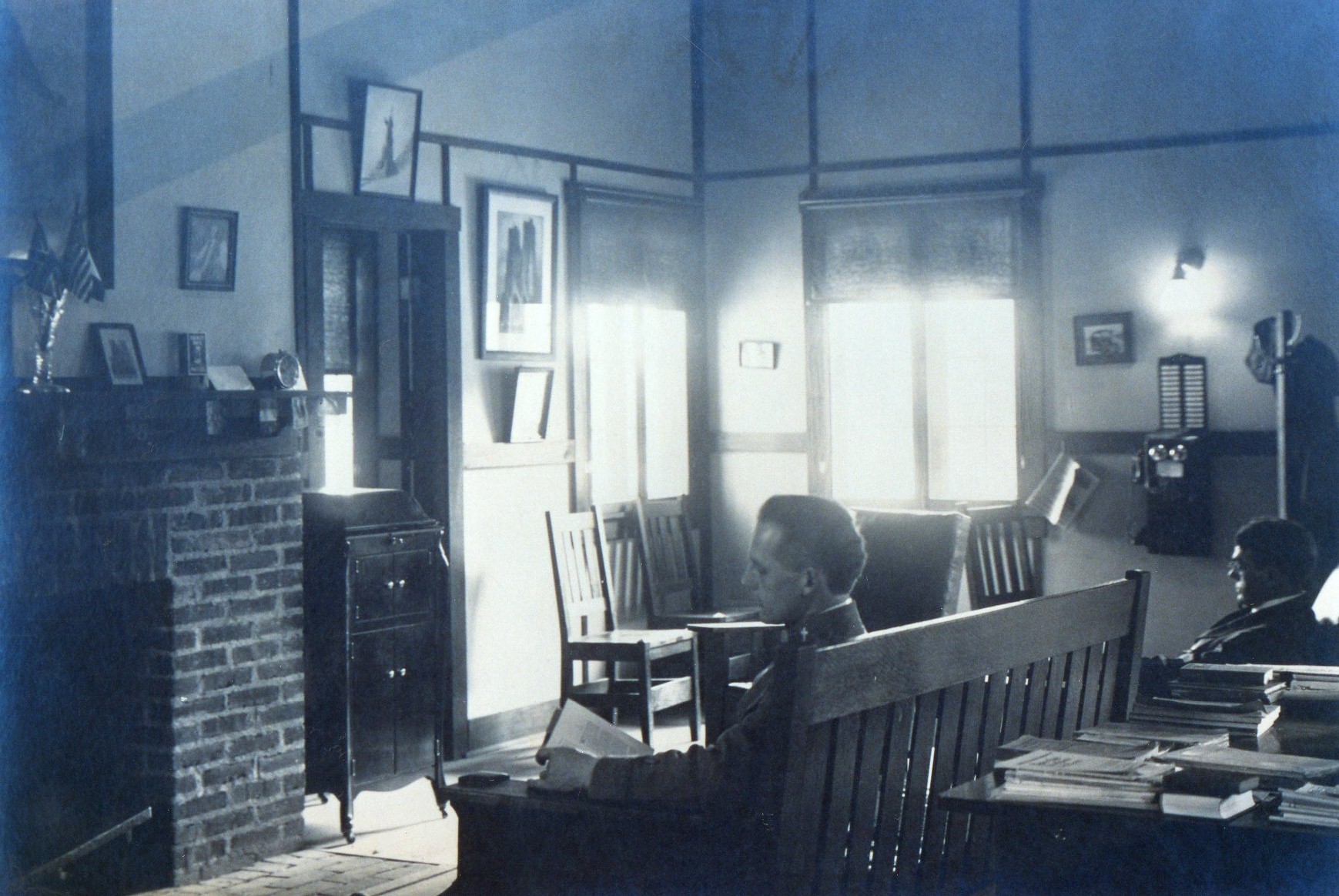 Epiphany’s story is of specific times and places, people and events--all within the context of the church and society moving and changing with the challenges and blessings of the twentieth and twenty-first century. Like initials carved in an old tree, over time small markings become large and reveal plainly the character and values of a community.

I first saw Epiphany Church in 1987. Discovering Epiphany was like finding a valuable old coin in a jar of ordinary pennies. To the casual eye, the little cottage church appeared to be a rundown relic of yesterday covered with aluminum siding and surrounded by overgrown hedges. The underlying design, however, is characteristic of a period of American architecture known as the “Arts & Crafts Period.” Some may have noticed that the front stoop was worn, but no one remembered that hundreds of World War I soldiers passed through its doors seeking solace and encouragement as they faced the hardships of trench warfare in Europe. Though it would take a two million-dollar restoration project to restore the exterior and interior fabric of the facility, there is no price that can estimate the value or weight of the memories that shine like the patina on the old oak furniture and are embedded in the worn wooden floors. A scrapbook found in the archives of the Diocese of Maryland full of news articles, financial ledgers, letters, photographs, sermons and daily schedules is the foundation from which a new Epiphany Church emerged.

Epiphany Chapel and Church House, as it was named in 1918, was intended to be a home away from home for young soldiers being deployed through the newly created Camp Meade. The facility was to provide office space for civilian chaplains who would provide counseling and social engagements for the soldiers. Second-floor accommodations were furnished for family members to visit and spend the night in order to say “good-bye” to their husbands and sons. The structure was built with the cooperation of three Episcopal dioceses: Maryland, Pennsylvania and Washington, D.C. Detailed reports were preserved, which offer the names of those who collaborated in this effort: bishops, priests, laymen, landowners, architects, contractors, and two women from Washington, D.C. who donated $11,000 so that the project could be completed. In a report from the War Commission of the Diocese of Pennsylvania, dated February, 1918, the following is included:

The contractor assures us that he can complete the building in forty working days; and there after we should be in a position not only to house a working force of our own to the number of four or five, but as well to extend hospitality to representatives of other religious bodies, who may be moved to co-operate in similar work. We hope also to provide for those who can bring welcome reinforcements to the Chaplains of the colored regiments. A colored priest from Washington should be associated with a similar volunteer from Philadelphia for this urgent work.1

Epiphany Chapel and Church House was to be established to welcome “representatives of other religious bodies” and “reinforcements to the Chaplains of the colored regiments.” Though segregation was the accepted norm in American society in 1918, scrapbook pages reveal a greater vision across these racial lines. The Rt. Rev. John Murray, Bishop of Maryland and later the Presiding Bishop of the Episcopal Church, announced, “You could not have done a better thing. Any man in the Camp shall be free to visit you on Sundays; and your workers will be welcome amongst us.” 2

At the end of World War I, the Episcopal Diocese of Maryland granted the facility to St. Peter’s Episcopal Church, which had been displaced when its property was subsumed by the development of the cantonment. From that time forward, Epiphany has been used as a parish church of the Diocese of Maryland. Included in the restoration of the Chapel is a Chaplains’ Peace Garden which provides the names of the 2,929 chaplains who served in WWI. Included are 163 Navy chaplains, 2,766 Army chaplains, and among them 24 rabbis and 108 African Americans. Currently the 2-acre cemetery of Epiphany Church is being redeveloped as the Centennial Memorial Gardens to commemorate the past and help shape the future.

Today, Epiphany continues to live into its original vision of providing support and welcome for people from many differing backgrounds. Epiphany is a “home away from home” for a diverse group of people and has been developed as a multiracial and multicultural congregation. The vision of racial and ethnic reconciliation continues to guide Epiphany’s vision and ministry.