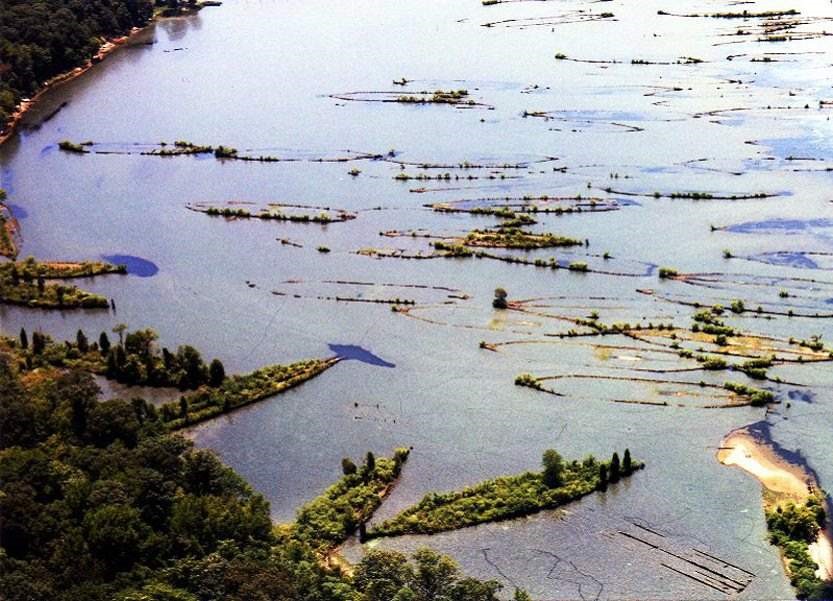 Mallows Bay is situated south of Washington, D.C., along the tidal Lower Potomac River off the Nanjemoy Peninsula of Charles County, Maryland. This small embayment and adjacent waters contain one of the largest assemblages of shipwrecks in the Western Hemisphere. While there are nearly 200 known vessels dating from the Revolutionary War period to well into the 20th century, the vast majority represent the civilian efforts of the U.S. Shipping Board Emergency Fleet Corporation during World War I. The need to man this fleet was a significant factor in the expansion and development of the U.S. Merchant Marine. At almost 300 feet long the skeletal remains of the last wooden steamship fleet fill the bay and give the illusion of rising from the waters when the tide ebbs and have been dubbed, “The Ghost Fleet.”

In addition, the area boasts archaeological sites and artifacts representing the depth of history of the Piscataway peoples and their ancestors in the region; there are Civil War encampments, as well as evidence for historic commercial fishing endeavors that include sturgeon fisheries and caviar canning. 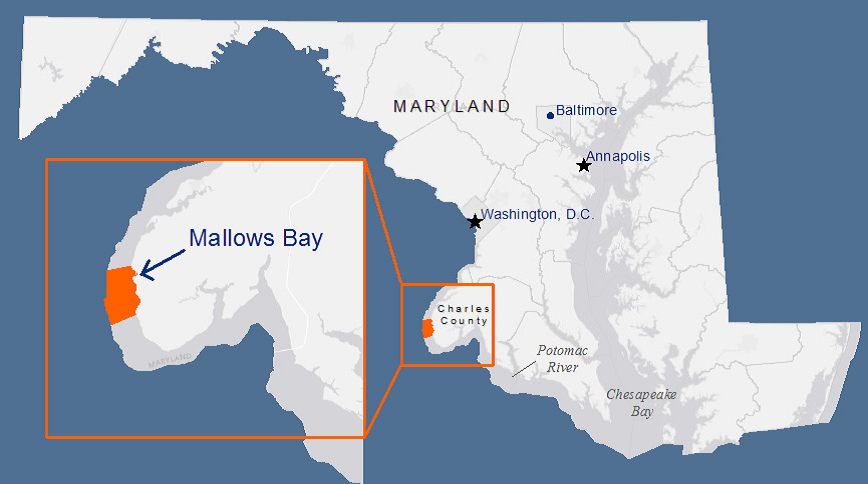 and maritime history, the ecology of the Chesapeake Bay and Potomac River and to promote conservation and research, as well as enhance recreational fishing, boating and tourism in Maryland.

The Partnership Committee submitted the nomination in September, 2014 to coincide with the initiation of global commemoration of WWI and is striving to fulfill all the necessary requirements to see the Sanctuary open formally in April, 2017 in order to commemorate the centenary of the American entry into the First World War. In addition, April is also appropriate because it is Archaeology Month in Maryland and Earth Day is April 22.