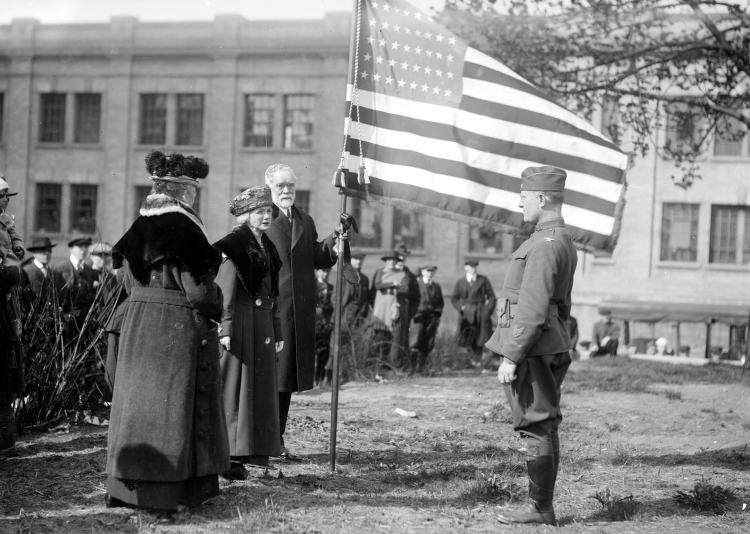 Michigan's World War One Centennial mission is to educate the residents of Michigan about it's contribution to the war effort.

During the First World War, Michigan contributed over 135,000 service men and women and had over 5,000 casualties but Michigan's biggest contribution to the war effort was not its service men and women but its engineering and manufacturing capability. The "Assembly Line Process" where engineers would break down products into small components that could be manufactured by unskilled labor allowed the business of warfare to expand to levels never dreamed of. "Total War" the waging of war not by the armies of a country but by their economic power began in the First World War and Michigan was the leader in the United States. The war ended before Michigan reached the peak of production but twenty plus years later Michigan would show the world its true power and become the "Arsenal of Democracy"

Michigan's World War One Centennial explores the military, cultural, economic and social impacts that were the result of the World War. Michigan provided several volunteer units such as Base Hospitals 17 and 36 plus the 16th Regiment of Engineers (Railway). National Guard units included the 125th,126th Infantry Regiments and the 119th Field Artillery Regiment plus several company size units assigned to various divisions. Then there were the volunteers and draftees who served in the Regular, National Guard and National Army formations.

Culturally, Michigan was changed by the growth of the automobile industry. Before the war, Eastern Europeans came to Michigan to work in the factories but during the war years, the great southern migration filled these open factory jobs with poor southerners. Increasing the African-American and Southern White population in the cities.

Michigan changed from an agricultural,mineral and forestry economy to a manufacturing and engineering economy from 1900 to 1920, with the fastest growth during the war years. This meant that families left the farm and moved to the city, changing forever work and family life.

The above changes caused Michigan to become a "Melting Pot" and the leading edge in the evolution of the modern society of the United States. Different cultures, morals, work ethic, languages, religions and customs caused Michigan society to change greatly from what it was only a generation ago.