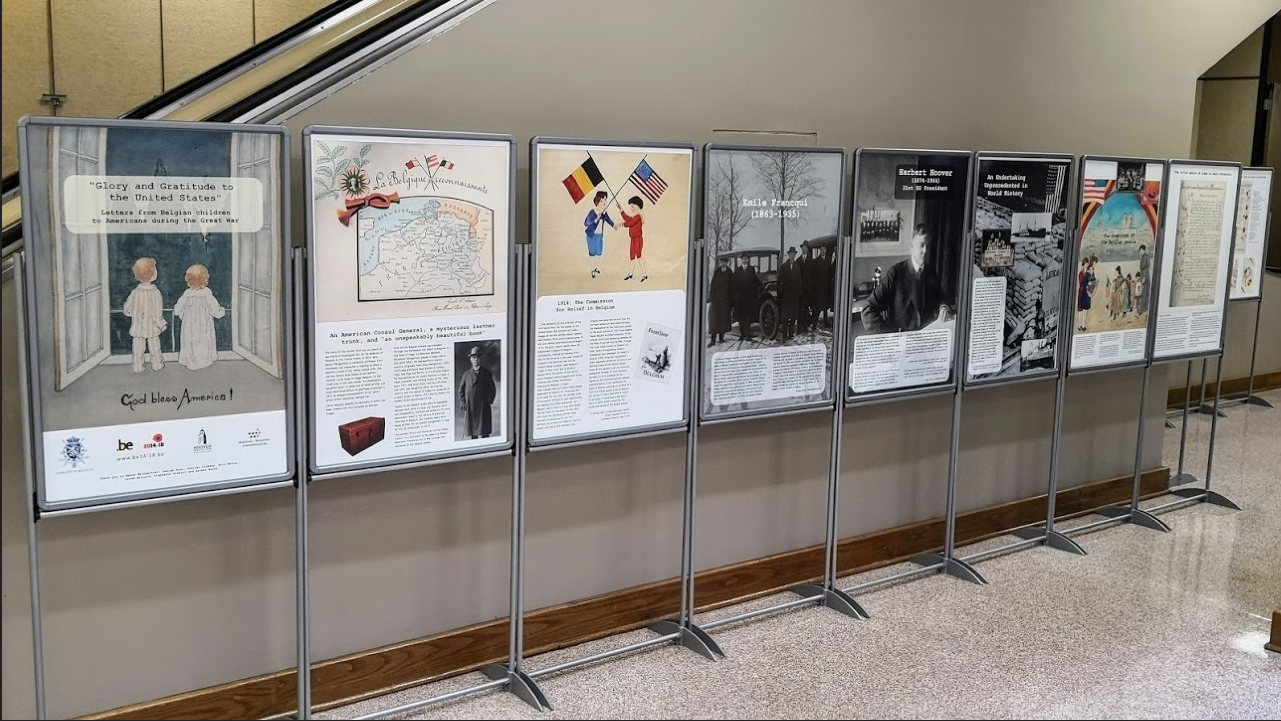 The WWI documentary-exhibit entitled "Glory & Gratitude to the United States"at the Lafayette City Hall through October contains copies of dozen of letters written in gratitude to soldiers by Belgian schoolchildren in 1915.

From now until the end of October, the WWI documentary-exhibit entitled "Glory & Gratitude to the United States" will be on display at the Lafayette City Hall atrium.

Citizens of Lafayette are invited to view the exhibit until its departure.

The exhibit contains copies of dozen of letters written in gratitude to soldiers by Belgian schoolchildren in 1915. According to LCG, the letters were recently rediscovered in the family home of the attic of Alexander Heingartner who was the United States Consul General in the Belgian City of Liège during World War I.

Heingartner's great granddaughter, Dr. Nancy Heingartner, found the letters and sent to the Belgian Embassy in Washington, DC where they were organized into a touring exhibit for WWI.

The letters have been shown throughout the country over the last two years.

Lafayette is the first Louisiana town on the tour, according to LCG.

During World War I, civilians in occupied Belgium benefited from one of the first global philanthropic enterprises ever created. The Commission For Relief in Belgium, a mostly US organization, collected and sent shipments of food and warm clothing to Belgium under the leadership of an American official named Herbert Hoover who later became US Secretary of Commerce and was elected President of the United States in March of 1929.