WASHINGTON, DC ― The Doughboy Foundation, in cooperation with The Society of the Honor Guard, Tomb of the Unknown Soldier (SHGTUS), has released an updated version of the “Bells of Peace” phone app for commemorating Veterans Day 2019. 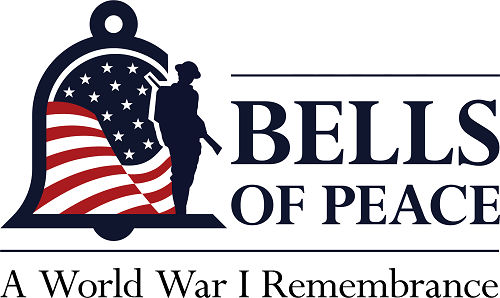 The updated Bells of Peace app, which is now available on both the Apple App Store and Google Play, assists American citizens and organizations across the nation to toll bells in their communities twenty-one times on Monday, November 11, 2019 at 11:00 a.m. local time. The nationwide bell tolling will honor those American men and women who served one hundred years ago during World War I, as well as saluting all Americans veterans who have served their nation at home and abroad in both war and peace.

The nationwide Bells of Peace initiative also supports the annual SHGTUS National Salute as the organization prepares for the 100th Anniversary, in 2021, of the burial of an Unknown American Soldier who fought and died in World War I, in the Tomb of the Unknown Soldier (TUS) in Arlington National Cemetery. The National Salute shows America’s deep respect for its Unknown Soldiers buried in the TUS, and all its veterans.

The website http://ww1cc.org/bells provides more information about the Bells of Peace app. The app will toll the bells automatically: as the app's built-in countdown timer reaches 11 a.m. local time, Bells of Peace will toll from every device; together; 21 times; in a remembrance of when the fighting ended on the Western Front in 1918. The bells can be tolled manually as well. Seven different types of bells are available.

The Doughboy Foundation and The Society of the Honor Guard Tomb of the Unknown Soldier encourage the tolling of bells on Veterans Day in communities across the nation, in places of worship, schools, town halls, public carillons, and cemeteries; at military bases, posts, and stations; aboard ships at sea; on aircraft in the air; and by astronauts in orbit above the earth.

Participating individuals and organizations are asked to use the hashtags #BellsofPeace and #CountdowntoVeteransDay to spread the word about their intention to Toll the Bells of Peace on Veterans Day, and to highlight photos and articles of their ceremonies afterward.