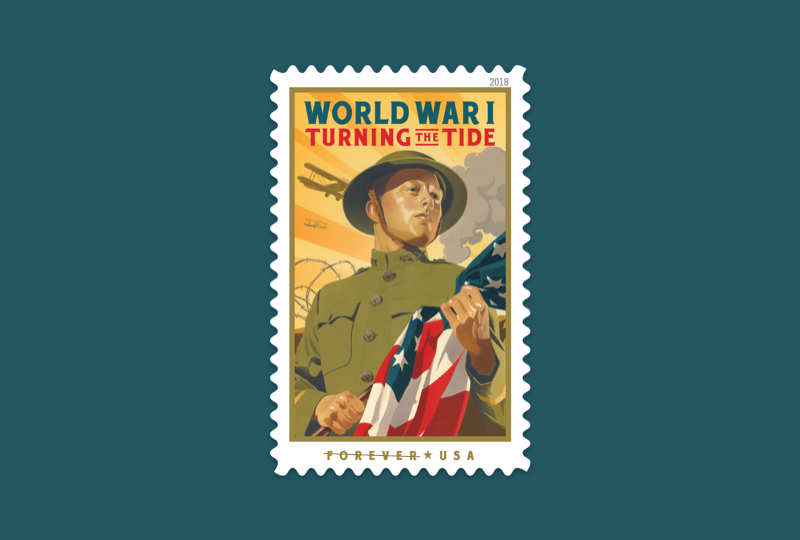 Although the United States did not send forces into combat until the final year of World War I, the nation emerged from the global conflict as a major world power. Crucially, America’s involvement in WWI helped bring an end to the Great War, as it was known at the time.

President Woodrow Wilson’s position of neutrality was difficult to maintain in the face of the contest between Britain and Germany for command of the seas. The most significant provocation came in 1915, when a German U-boat sank the British liner Lusitania, which carried many American passengers. Nevertheless, Wilson won reelection in 1916 with a slogan that emphasized how he’d kept the country out of the war.

Germany, however, resumed unconditional submarine warfare in 1917. This action, along with intercepted intelligence that Germany had proposed an alliance with Mexico against the United States, caused Wilson to end his policy of neutrality, and in April 1917, the United States declared war on Germany.

In 1917, nearly five million Americans, mostly men, joined the military, and about a million women entered the workforce to make up for the shortage of civilian labor. In spring 1918, U.S. forces played vital roles in the St. Mihiel battle and the Meuse-Argonne offensive, which helped bring an end to the war.

The art for the World War I: Turning the Tide Forever® stamp issuance features a member of the American Expeditionary Force holding the U.S. flag. Guided by art director Greg Breeding, artist Mark Stutzman painted the image in airbrush on an illustration board, evoking the propaganda posters used during World War I.

For a closer look or to order the World War I: Turning the Tide Forever® stamps, visit the Postal Store® at www.usps.com or call 800-STAMP-24.