A Brief Introduction to World War I

The First World War began as a conflict between Austria-Hungary and Serbia. Austria-Hungary, encouraged by its German ally, declared war on Serbia on August 4, 1914, in retribution for the June 28 murder of the Austrian heir to the throne by a Serbian national. Treaties of alliance expanded the number of nations at war: Russia mobilized on behalf of its Serbian ally and Germany on behalf of Austria-Hungary. In reality, Germany wanted a war in Europe so that it could access open trade routes by seizing territory during the fighting that would extend its national borders to the Atlantic Ocean. Germany implemented its plan by invading Luxembourg and then declaring war on France and Belgium, which drew Great Britain into the war because of its alliances with the two latter nations. Other nations recognized that a world war offered opportunities for political and territorial gains, and by the end of 1914, the alliances expanded what was originally a limited war between Serbia and Austria-Hungary into a larger European conflict that pulled in nations and colonies in the Middle East, Africa, Asia, and North America.

Initially the U.S. adopted a policy of neutrality, allowing “the European War” to remain in Europe and be dealt with by Europeans. But Germany drew the U.S. into the European conflict when it began attacking all vessels bound for Great Britain regardless of their nation of origin in 1917. This unrestricted submarine warfare—during which Germany attacked neutral U.S. ships—prompted President Woodrow Wilson to sever diplomatic relations with Germany. The relationship between the U.S. and German governments changed almost “overnight,” and Germany’s actions solidified American public support for Great Britain and the Allies. Wilson asked Congress to declare war against Germany on April 2, 1917, and four days later both the U.S. House of Representatives and the Senate approved the president’s request. 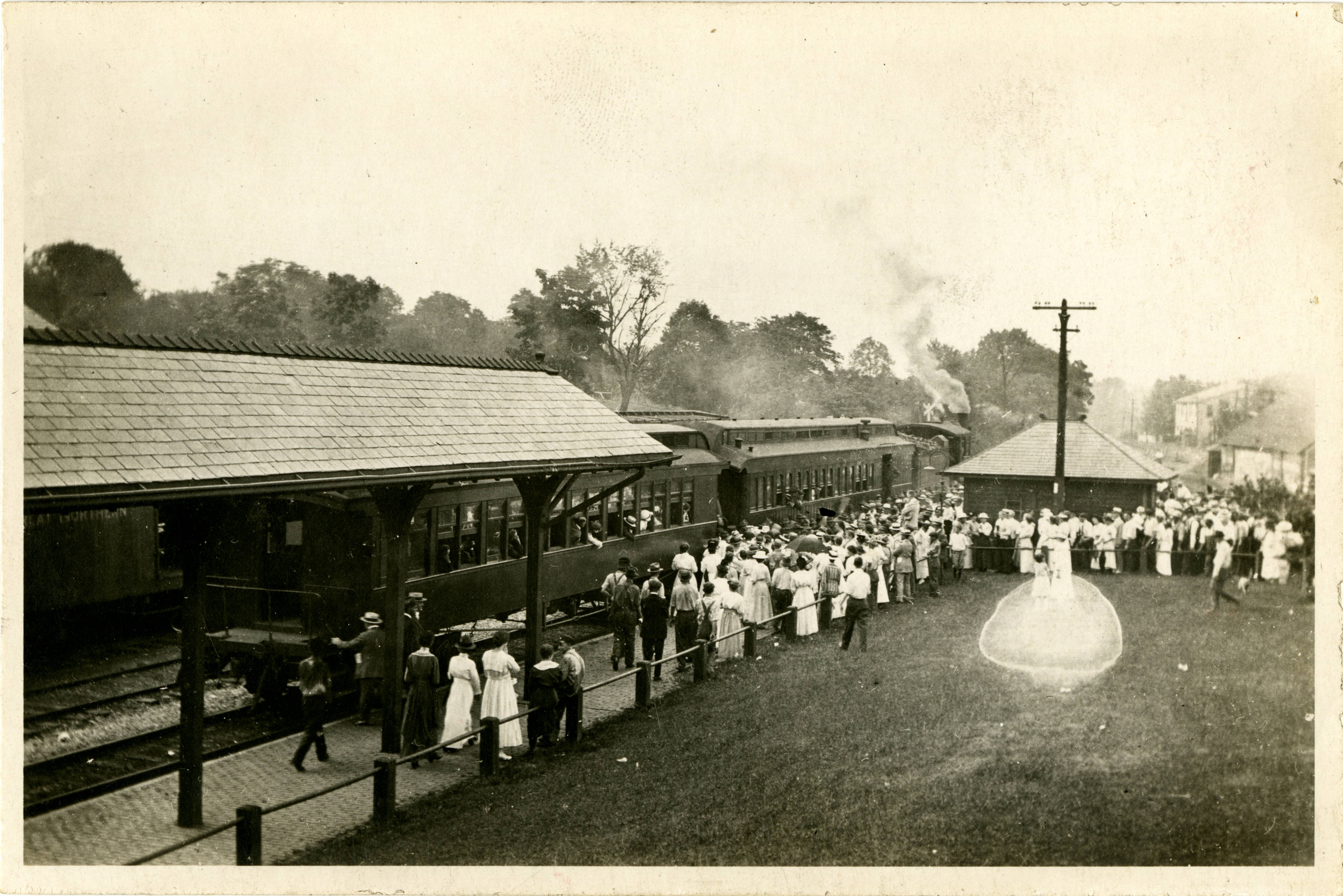 The U.S. had already begun the mobilization process, and now defense efforts began in earnest. Troops were assembled through preexisting military units, volunteers and draftees. At the beginning of U.S. entry into the war, there were approximately 350,000 personnel in the Armed Forces. By the end, just over a year later, the Armed Forces had reached nearly four million, about half of which were sent overseas. Camps were established to train men and women who came from all over the country to serve for the U.S. in the “Great War.” Those not participating on the battlefront were also expected to do their part on the home front by joining the workforce, purchasing “Liberty” loans, rationing their resources and establishing war or “victory” gardens. Support for the war was rallied through propaganda campaigns and speeches sponsored by federal, state and local governments.

By the end of the war, Ohio sent approximately 263,000 men and women into service, including national guardsman, volunteers, and draftees. This constituted an impressive 5.3% of the nation’s military manpower, fourth only to the contributions of New York, Pennsylvania and Illinois. In addition to contributing thousands of men and women to serve in the war, Ohio was also the site of Camp Sherman, one of 32 training camps used in WWI and the third largest in the nation, constructed just outside Chillicothe. Over 120,000 soldiers, largely from Ohio, Pennsylvania, Indiana and Tennessee, were trained at the facility, which began receiving recruits in September 1917.

Civilians felt the impact of war in powerful ways. With National Guard units deployed abroad, Home Guard units, comprised of civilians, were established around the state to protect domestic interests. The Ohio Branch of the Council of National Defense established the Ohio Industrial Commission which was critical to the efficient use of the rest of the state’s labor supply. The Commission helped to fill over 560,000 positions, moving men around the state to respond to different needs, including emergencies. 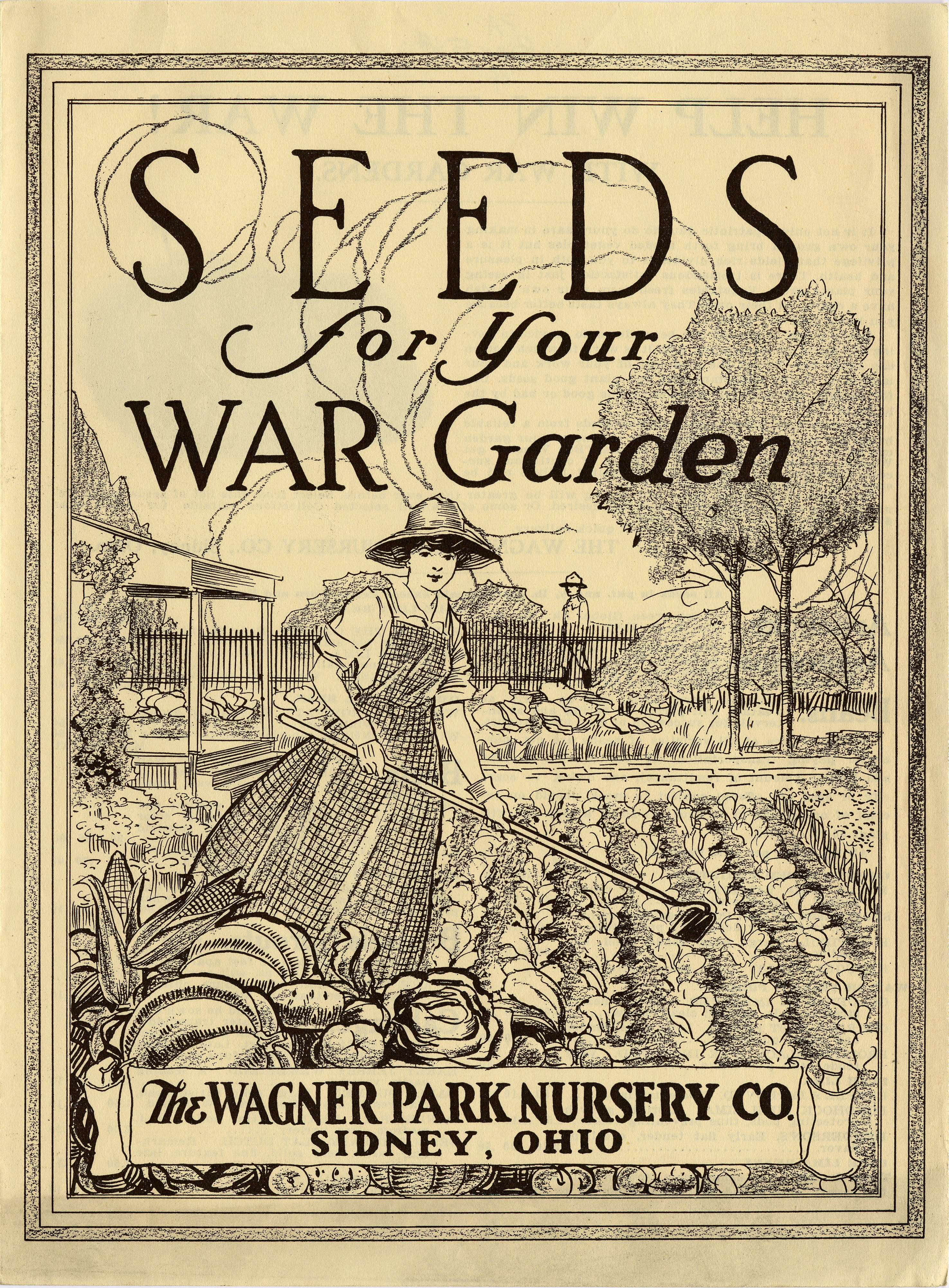 Local mobilization also required that Ohioans pay their share of war-related taxes and purchase “Liberty” loans. Fundraising events were held to benefit organizations like the Red Cross, the Knights of Columbus and the Y.M.C.A./Y.W.C.A. People at home could also participate in the war effort through rationing of foodstuffs and the planting of war or “victory” gardens.

The Committee on Public Information made efforts to rally Americans in support of the war through the distribution of posters and other propaganda items reminding their viewers of the evils of Germany and the importance of supporting their soldiers. Once Americans rallied behind the war effort, tensions between German-Americans and the rest of the nation increased. In Ohio as elsewhere, products of German origin were banned and place names bearing German names were changed.

While the war’s impact was felt all over the country, the stories of Ohio’s soldiers and civilians are representative of the experiences of nearly every American during this time.