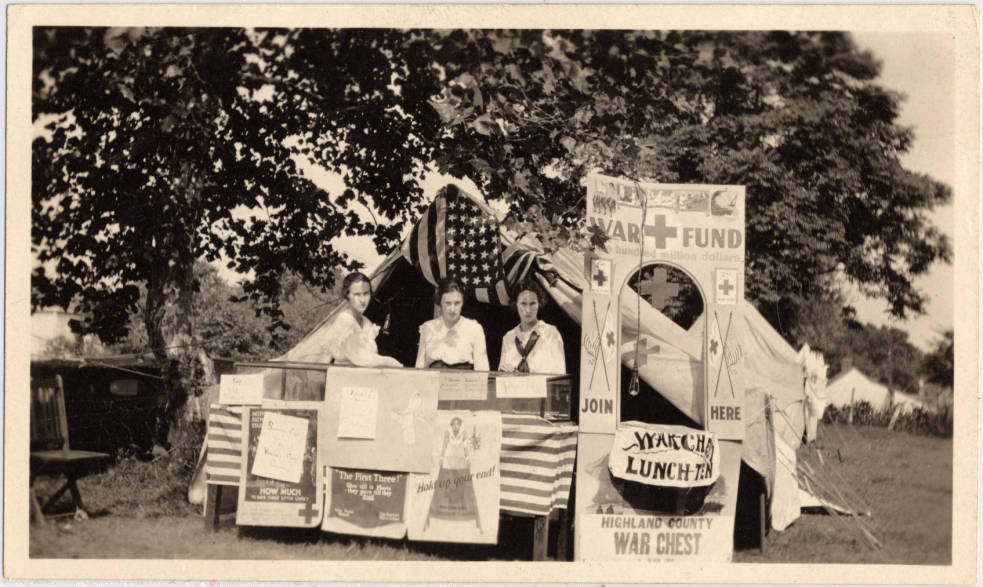 U.S. Congress created the Council of National Defense in August 1916 and tasked it with preparing the country for war by coordinating the nation’s resources, industries, and labor and by motivating individuals across the nation to assist them with these objectives. The council’s members included seven leading American businessmen and industrialists and the Secretaries of War, the Navy, the Interior, Agriculture, and Commerce.

The council began implementing its plans for national mobilization immediately after the U.S. entered the Great War in April 1917. Its first priority was to establish a system of state and community councils to create a chain of war work organizations at the federal, state, and local levels that could implement federal policies and compel individuals to complete specific tasks to aid the national war effort. Although the National Council directed the overall goals, area residents serving on local councils organized their communities’ support for the war.

Ohio Governor James M. Cox created the Ohio Branch, Council of National Defense on June 1, 1917 to coordinate and direct mobilization of Ohio’s resources and to carry out suggestions from the federal government. The state council, in turn, encouraged counties, townships, cities, and towns to establish local councils. Seventy-one counties and countless localities answered their call.

The National Council’s initial efforts focused on producing military supplies, building an Army, and conserving food. In response, the Ohio Council focused on procuring labor for farms and industries engaged in war work so Ohio could meet the quotas for food and war supplies demanded by the federal government. Local agents encouraged skilled and unskilled laborers to register at one of twenty-one Employment Offices throughout Ohio. Workers were then directed to companies and farms in need of employees with their skill set. The Employment Offices placed a total of 564,570 workers—both males and females—from May 1, 1917 to December 31, 1918.

Local councils assisted the Ohio Council with other war-related needs. Food preservation was encouraged by the Women’s Committee of the Ohio Council and its subsidiaries in seventy-eight counties and over 1,000 cities, towns, and townships. Local women taught canning classes and conducted publicity campaigns that encouraged civilians to go without wheat, sugar, and meat to be sure the nation’s soldiers had plenty. Rotary Clubs offered seeds and tools to residents willing to plant gardens in vacant lots. They hoped these so-called “Victory Gardens” would help alleviate food shortages caused by the war. Americanization efforts were promoted by local councils by providing teachers to instruct foreign-born workers in the English language and assisting immigrants with their applications for U.S. citizenship. Local councils and other groups supported a number of other activities including fuel preservation, recruiting nurses, and equipping camp libraries with books and Y.M.C.A. buildings with local newspapers.

By the end of the war, the Ohio Branch, Council of National Defense, had successfully mobilized the state’s resources to produce materials and food in support of the war effort. Ohio consistently met or exceeded its quotas for laborers and boasted increased farm production throughout the war. In addition, local Community War Chests raised more than $37 million to support the U.S. efforts, which is equivalent to nearly $600 million today.

A History of the Activities of the Ohio Branch, Council of National Defense. Columbus, OH: F. J. Heer Printing Co., 1919.