In World War I, 380,000 African Americans would answer the call to serve, and 200,000 of these men would travel to France as part of the American Expeditionary Force. While serving in France, African American Soldiers were exposed to poison gas, machine gun fire, and high explosive shells. These soldiers also experienced a paradox while serving; the men received better treatment by French citizens and the French Army than their own Army. 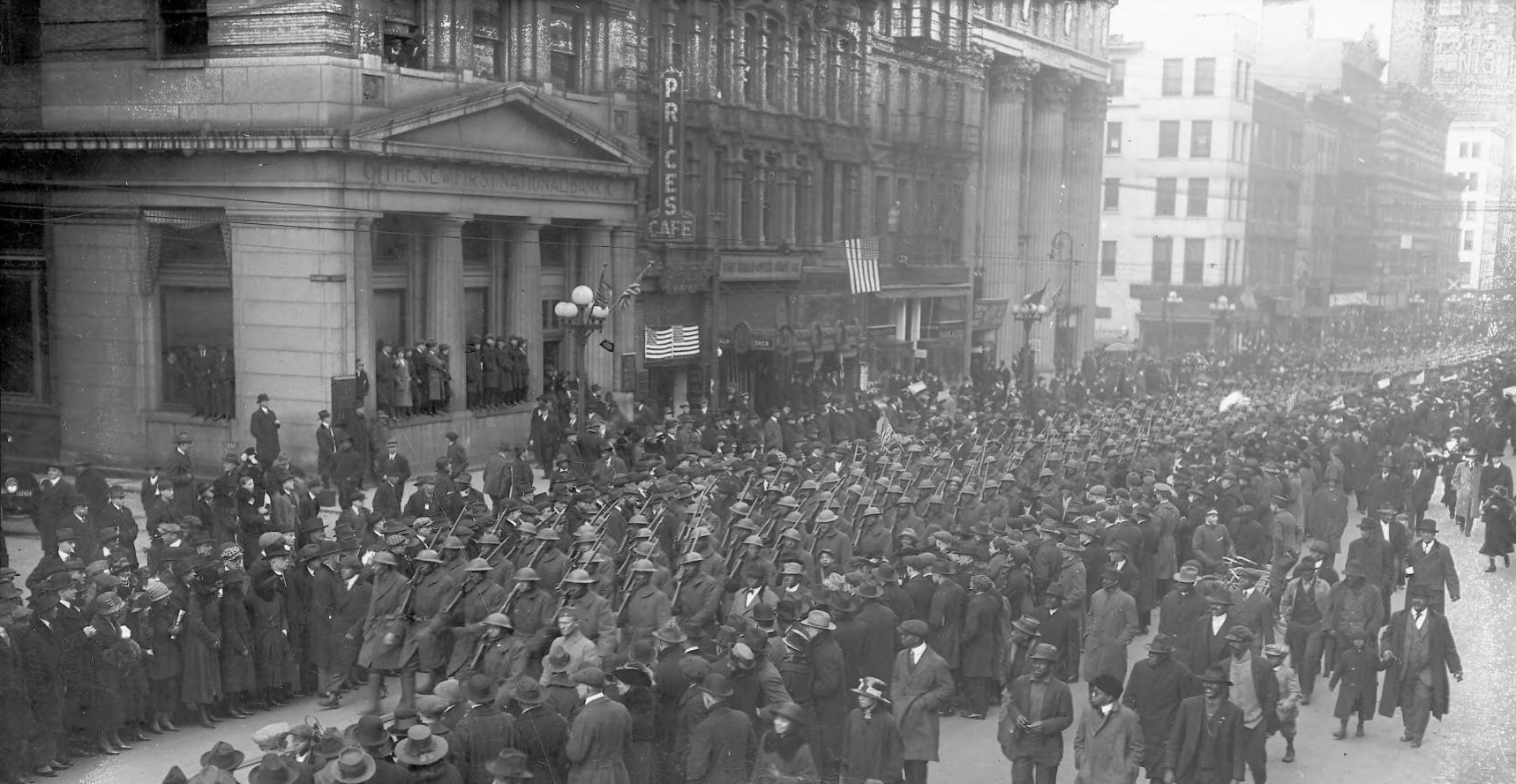 The 372nd Infantry Regiment on parade in Columbus after returning from Europe in 1919. Via Ohio Memory

As soldiers returned to their communities they brought with them the visible and invisible scars of their war. Cincinnatian Lewis Higgins, while serving as a member of the 369th Infantry Regiment (better known as the Harlem Hellfighters), was severely wounded in action, and thus declared as 30% disabled. Sarah Good, of Cleveland, and also a widow of a Civil War soldier, described her son's condition following his World War I service:

“... My son who used to help me, went to the World War and came back, all a total wreck, and no health to do any work scarcely. They gave him eight dollars a month for a few months after his return home and then they taken that away ....”

The examination of data from the Ohio Graves Registration Cards of 165 World War I Veterans, buried in the Historic Union Baptist Cemetery between 1918 and 1940, reveals an interesting narrative. Twenty veterans’ records list tuberculosis as cause of death, while another twenty records list their cause of death as homicide. Two veterans’ cause of death is listed as suicide. It is impossible to know all the challenges these veterans faced in their post war experience, but life for African Americans in the 1920's and 1930's was not easy.

But even with the obstacles facing these returning veterans, many found success. Private Wilber Page of the 317th Engineers returned from France in 1919. Later that year, Private Page would become Reverend Page, Pastor of the Historic Union Baptist Church in Cincinnati. Reverend Page would lead the church for the next sixty-six years. Lieutenant Charles C. Jackson of the 370th Infantry Regiment (better known as the Black Devils) a decorated combat officer, moved his family from Akron to Cincinnati to become a successful independent realtor.

The service and sacrifice of African American World War I servicemen seemed to quickly fade from most Americans’ memory. After the parades welcoming the returning soldiers home were over, the stories of bravery and sacrifice were left to be told at African American Legion and Veterans of Foreign Wars Posts. Few monuments or memorials were erected to African American World War I Soldiers and Sailors. One of the first monuments erected was by an African American combat regiment to commemorate its dead. The 372nd Infantry Regiment raised more than 10,000 francs before leaving France for home for the construction of a monument. The 372nd asked the monument be erected near a public highway, near the point of farthest advance by the regiment. Today the monument to the 372nd stands by a road near Monthois. The monument is not an official United States memorial, so appropriately it is maintained by the French and private funds. 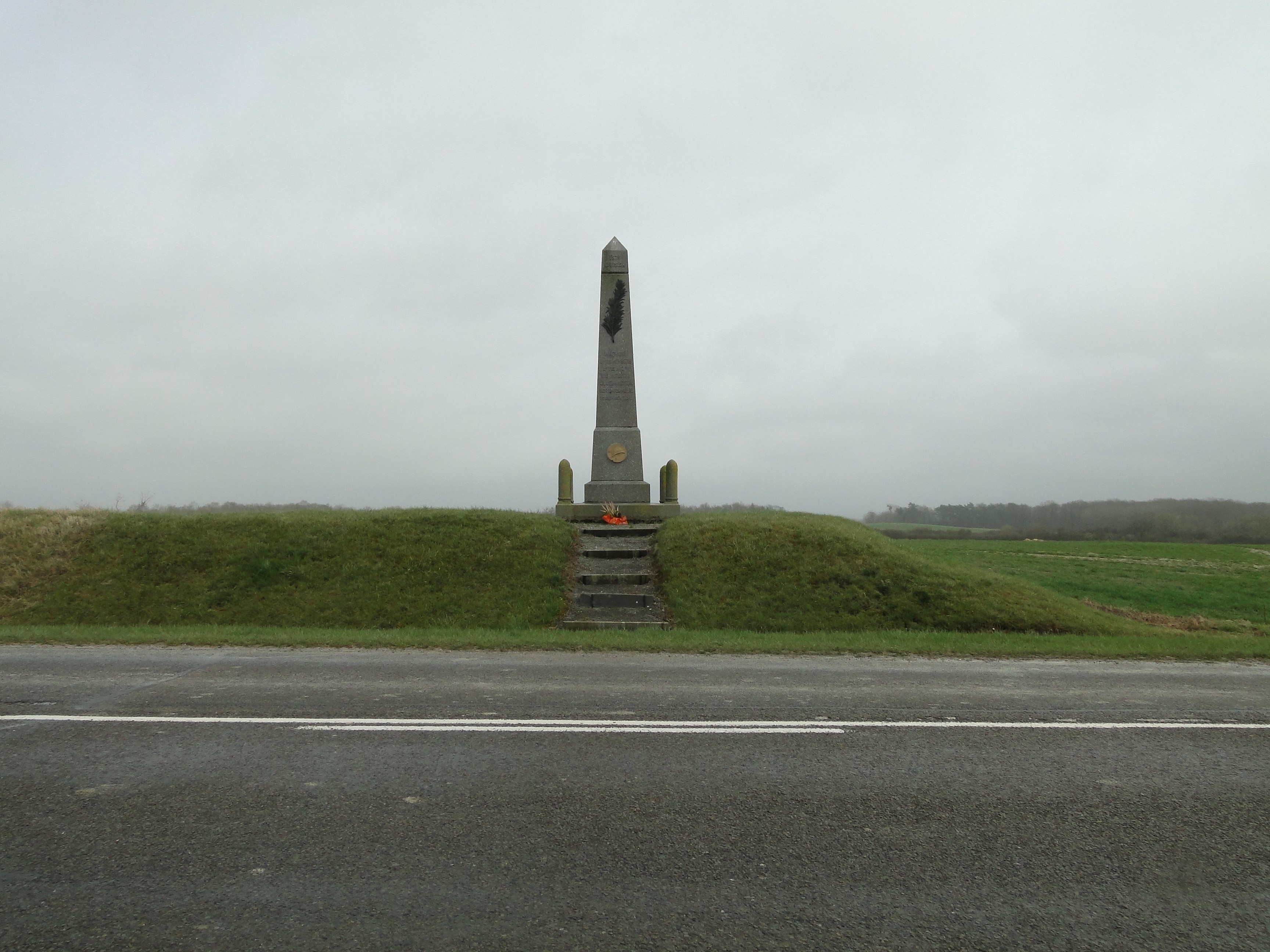