The United States World War One Centennial Commission has endorsed the Commemorative Projects listed below that honor the nearly five million Americans who served in World War 1, and the 116,516 who sacrificed their lives. The Commission's goal with its endorsements was increasing the number of people in the United States who were exposed these educational programs, events, tools, programs, and activities, and broaden their impact.

Endorsement by the Commission authorized the use of the Commission logo on Commemorative Project materials.  The World War I Centennial Commission logos and their derivative elements are licensed trademarks. Any use of these materials is subject to the  Commission's Licensing Trademark Agreement and can only be used for the expressed written purpose asserted in that Agreement. Endorsed projects are invited to provide schedules of events, website information and stories and other information to the Commission for national and international distribution.

As the Commission is winding down its activities to only those involved in building the National World War I Memorial in Washington, DC, we are winding up our Endorsement program, and will not be processing any further applications.

The 369th Experience is part of a series of events endorsed by the World War I Centennial Commission and sponsored in part by The Coca Cola Foundation to commemorate the 100th anniversary of World War I. A key component of this celebration is the recreation of the 369th Regimental Band, the band, which in its original form, consisted of 65 African American and Puerto Rican gentlemen who charmed the hearts and minds of Americans and Europeans. 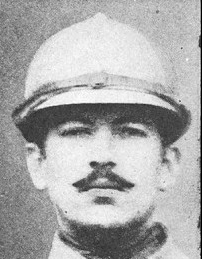 The North American in the First World War (in Cannectancourt, France) 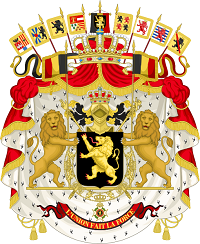 Belgian Embassy and Ministry of Foreign Affairs on WW1 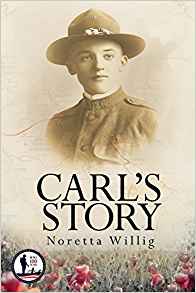 Carl’s Story begins in the woods near St. Mihiel, France, almost a century ago on September 16, 1918. On that victorious day, when the US Army won its first battle in Europe and the war was just days from ending, Carl Willig, a Doughboy in company H and the uncle of author Noretta Willig, was killed. An eye-witness wrote Carl’s parents that “he suffered no pain, my dear friends. Death was instantaneous.” But Carl was lost. His remains could not be found. For three generations, his family felt the grief of that loss. Then, ninety years after Carl’s death, Noretta’s phone rang and a genealogist identified Noretta as Carl’s next of kin. Why? Because “probably they found something.” Searching a trunk filled with faded photographs and letters, Noretta met Carl across the years and learned what a powerful man young Carl was. Carl’s Story is about the almost forgotten heroes, those who must be remembered. It is an American story—of family and duty, discovery and honor—about treasures lost then found.

The City Choir of Washington

College of Computing and Informatics of Drexel University

Commonwealth War Graves Commission in the US

General Representation of the Government of Flanders

“Flanders Fields Memorial” (Belgium in the US) 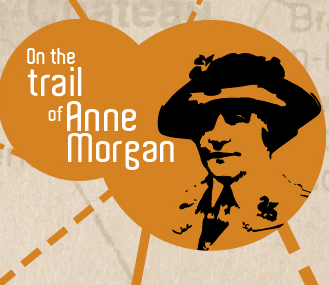 “In the Footsteps of Anne Morgan”

“In the Footsteps of Anne Morgan” (in Coucy-le-Château, France) 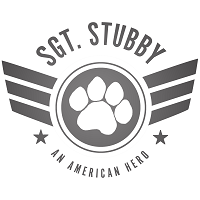 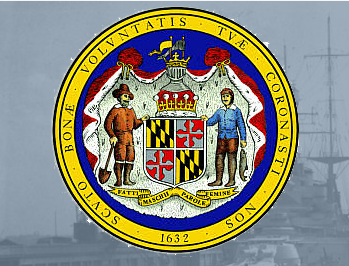 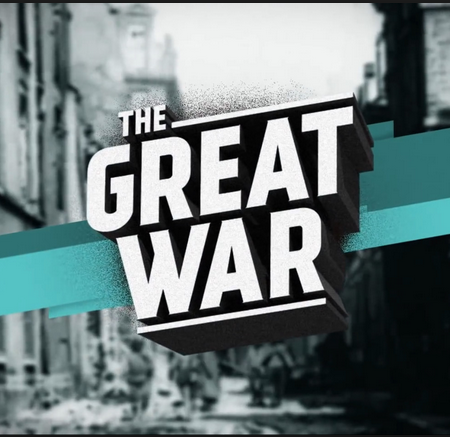 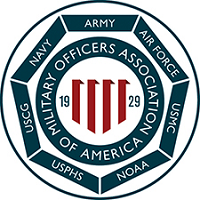 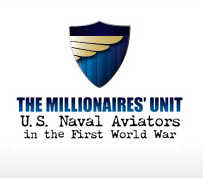 Making its West Coast debut at Seattle’s Museum of History & Industry (MOHAI) on September 1, 2018 and running through February 10, 2019, WW1 America will serve as the centerpiece of a six-month community examination of the war’s anniversary, illustrating how the past can help us understand ourselves and our nation today to envision a strong future. WW 1 America honors veterans and active-duty military, highlighting public health, exploring the role of labor, women, and immigrant communities, and examining Puget Sound history and trade. Special tributes will be paid during a weekend-long Armistice Day Centennial Celebration region commemoration of the Great War. 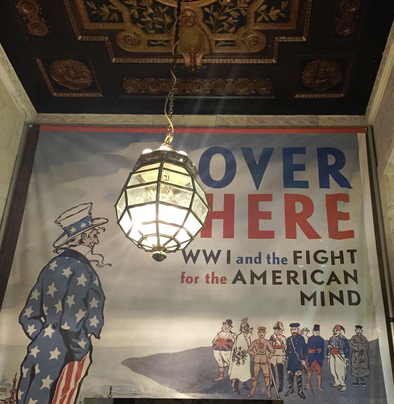 Over Here: WWI and the Fight for the American Mind 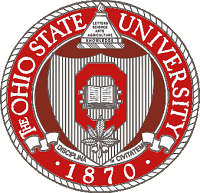 Department of History of the Ohio State University 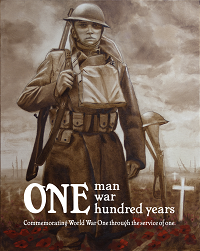 ONE: Man, War, Hundred Years is an art exhibit commemorating the 100th anniversary of World War One through the service of one. The paintings in the exhibit are inspired by entries in a datebook kept by the artist’s Great Uncle in which he documented his experience during the Great War. The mission of ONE: Man, War, Hundred Years is to commemorate the events of 100 years ago but it was also an invaluable opportunity for the artist to revisit his relationship with his Great Uncle and have a conversation with him as an adult. Exhibit runs from Sep 15-Dec 30, 2018 at the Cedar Rapids Museum of Art, Cedar Rapids, Iowa. 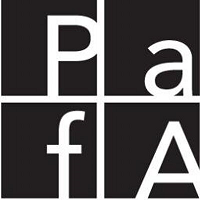 Pennsylvania Academy of the Fine Arts

Restoration of statues (in Versailles, France)

Prospect Theater Company (founded in 1998) is dedicated to fostering and showcasing today's new voices shaping tomorrow's musicals. Since 2000, the company has fully produced more than 35 premiere musicals in New York City, in addition to new plays and numerous re-inventions of classic works. Reflecting its investment in the future of the field, Prospect leads a variety of developmental initiatives, including an annual Musical Theater Lab for emerging writers, and the IGNITE Series of concerts at The TimesCenter. In recognition of its enterprising and risk-taking new musical theater, the company received a 2016 OBIE Award grant. Their work as a community anchor for emerging artists that strengthens the quality, diversity, and dynamism of American theater was also honored with a National Theatre Company Grant from the American Theatre Wing. 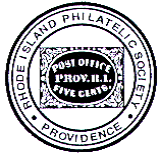 The Rhode Island Philatelic Society was established in 1885 in Providence, Rhode Island. Throughout it's 112+ year history the society has provided a key focus for philatelic interests of all kinds for it's members and the community. Our society continues to have the strong support of over 100 members, many of whom attend regular monthly meetings. We are proud to share some of the history of
our society with others. 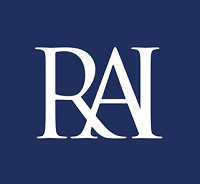 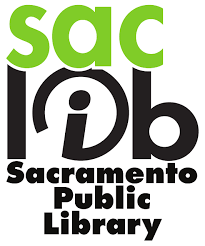 Programs for each year of the Great War

Restoration of a battlefield (Meuse)

Exhibitions and research on the battlefields (in Reims, France) 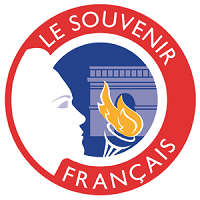 "An American Experience in World War I"

"An American Experience in World War I” is a film project of the St. Helena High School World War I Research Institute. Web site

Banner for WW1 and exhibits (in Douglas, Georgia)

The Upcountry History Museum – Furman University, founded in 1983 and located in Greenville, South Carolina, connects people, history, and culture. A Smithsonian Affiliate the museum believes in the power of history to inspire the imagination, stimulate thought, and transform society. Through its collections, programs, and exhibitions the museum preserves and interprets the history of the Upcountry South Carolina, while bringing quality museum offerings from around the world to the Upcountry to encourage people to discover the world and the Upcountry’s role in it.

To commemorate the centennial of America's involvement in World War I, the United States Mint is calling on American artists to design a coin, to be issued in 2018, that will honor the accomplishments of heroes on the front line and the home front. The coin will serve as a tribute to the bravery, actions and sacrifices of Americans a century ago, while providing a tangible touch point for generations to come.

The competition is open to U.S. citizens and permanent residents who are at least 18 years or older. During Phase One of the competition, which is open from February 29–April 28, 2016, artists are encouraged to submit their contact information and three to five work samples using the online form on the Mint web site.  Up to 20 applicants from Phase One will be selected to participate in Phase Two, where they will create and submit designs and plasters for the final coin. The winner will not only have his or her initials on the final coin, but will also receive a $10,000 prize.

To End All Wars - video game (in Southampton, Pennsylvania) 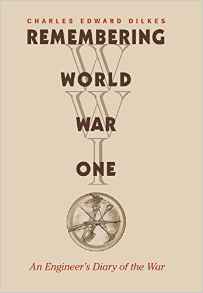 An Engineer’s Diary of the War

We, The Unknown (WETU)