Joseph Budny and Franciszka Tomaszewski were married in 1881 in Kruszwica, Inowroclaw, Kujawski-Pomorskie, Poland. The family emigrated to America in 1891, when Larry (Vladislaw) was 5 years old.  Leo (Leopold) was born in Rochester, NY, in 1893. Their father was a shoemaker by trade and they belonged to St. Stanislaus Kostka Parish.

In 1918, the brothers were living at the same address; Leo was called to serve on May 26th, and Larry on June 27th. They were deployed overseas within months of each other. They returned to Rochester in 1919. 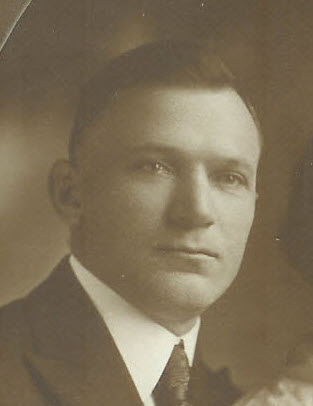 Larry S. Budny served in World War I in the United States Army.

...Referenced from World War Service Record of Rochester and Monroe County New York, Volume 2, Those Who Went Forth To Serve, Published by the City of Rochester, 1928, Page 189.

The Following is Dedicated to the Veterans from Our Nation's Polish American Community Who Served in the Armed Forces and Civilian War Efforts During the Great War.

Please Join Us !  Pay Tribute to Them !  Within These Pages, Please Share* Your Family or Community Member's Story of Service !

Bronislaw "Bruno" Wantuch served in the United States Army during World War I.  The enlistment was in July 1917 and the service was completed September 1919.

Submitted by his daughter - Bernardine Gwiazda

My father was born in Burzyn, Poland, in 1891. Bronislaw Wantuch arrived at Ellis Island at age 17, and with his Polish heritage, his inherent work ethic, along with courtesy and respect for co-workers of many nationalities, he helped build America.

During WWI he enlisted in the US Army 123906 Corporal Battery A Field Artillery. He and other Polish-Americans believed in liberty and freedom for the world. His sergeant could not pronounce his name and "Bronislaw Wantuch" became "Barney Wantuck."

In France, Barney fought at St.Mihiel as a "Dough Boy" on the front lines. He served in Battery A of the 15th Artillery, twice at the battles of St. Mihiel, and also at Soissons. Later, he nearly died from the flu that was contracted on the front lines. Significant circumstances allowed him to be at the right place at the right time. After being released from the military hospital, he had great news. A French cavalry man told him Germany had surrendered. Barney was the first to carry the news into Vichy, France, but had a hard time convincing the residents because of the false armistice a few days earlier. It so happened he delivered the real news to Colonel Robert Rutherford McCormick. The war was over, Germany surrendered! He was honorably discharged as a corporal in September 1919. 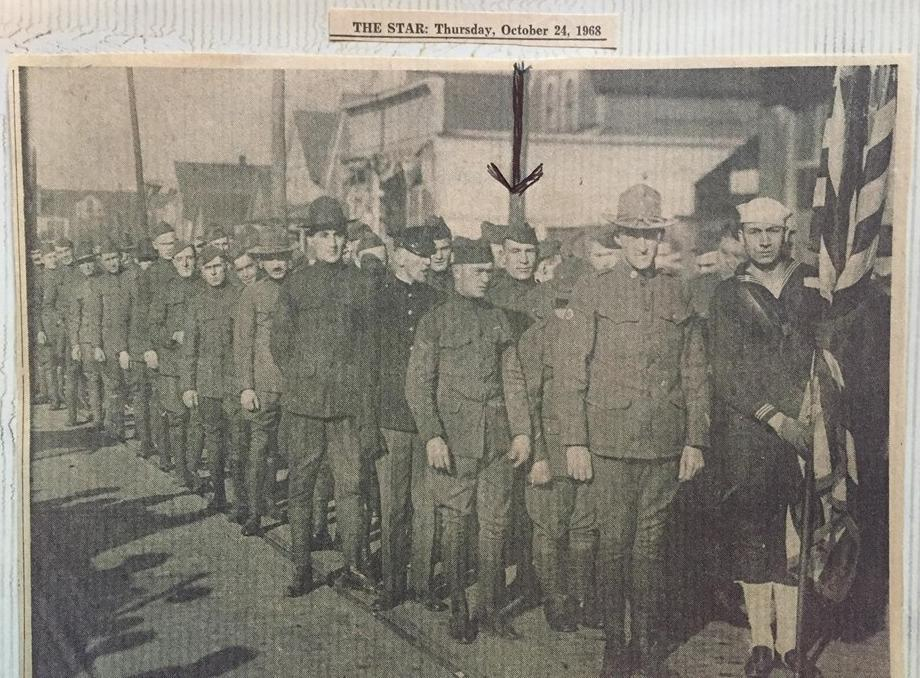 Shortly after on October 10, 1920, he married pretty Valerie Wasik at their neighborhood church. Their reception included chicken soup and homemade noodles at a local Polish Falcons Hall. The war stories began. Blessed with a sound mind and body, he encouraged traumatized American veterans to work through their terrible experiences. I recall hearing about the war with my sisters, Florence and Evelyn many times. The war stories he told, taught us faith, love, humility, bravery, patriotism and respect for others. All three daughters married men who served in WWII--Warren Kaufman, Willard Heusmann, and my husband Walter Gwiazda respectively. My father was truly a war hero, like so many more Polish-Americans who fought in WWI. They are being commemorated at this time to appreciate the fight for freedom. 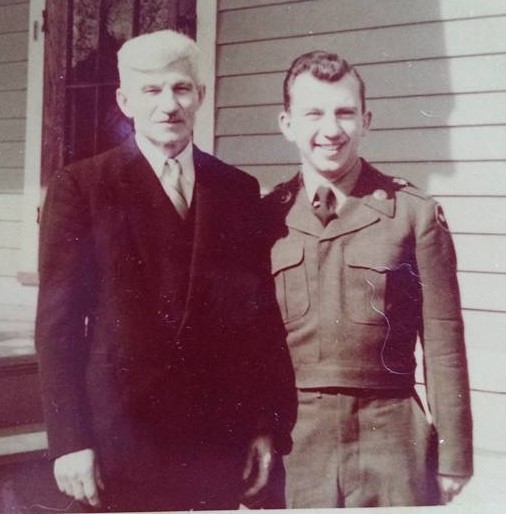 Peter Iwanyuk served in the United States Army from February 25,1918, when he was inducted at Niagara Falls, New York, until he was honorably discharged on demobilization on December 6, 1918. Pvt. Iwanyuk was assigned to the 153 Depot Brigade at Camp Dix, New Jersey.

These fond memories have been shared with us by his son, Alex Johnson.

My father was born in the southern part of Poland in 1887 and from a very young age wanted to see America and earn money to help his family in Poland. In 1912, he was planning to make the voyage on the Titanic. His ticket money was stolen and he was forced to contact his father for more money. Many days later, he heard that on April 12, 1912 the Titanic sank and he would have perished and if so, I would not be here on earth as well, writing to you. After his discharge from the US Army, my father changed his name to Johnson when he started 3 diﬀerent businesses—a bakery to the south of Buﬀalo, a candy store in Buﬀalo, and a Photography studio in Niagara Falls He eventually came to Rochester, New York, and worked at Kanapikas Bakery on Hudson Ave. and joined the Pulaski Post 782. He enjoyed being part of the Post for over 50 years. He was awarded a nice document by the Post, which I still have. He was active with my mom Stefania at St. Stanislaus for many years and when my brother Richard and I were born, we both attended the school there and we all enjoyed a good Polish life in Rochester. This is just a little bit about my Dad, Pvt. Peter Iwanyuk Johnson. After serving with the US Army, he used his talents and worked hard as a business man. Dad enjoyed a good life for almost 90 years. He passed away in Rochester, New York. 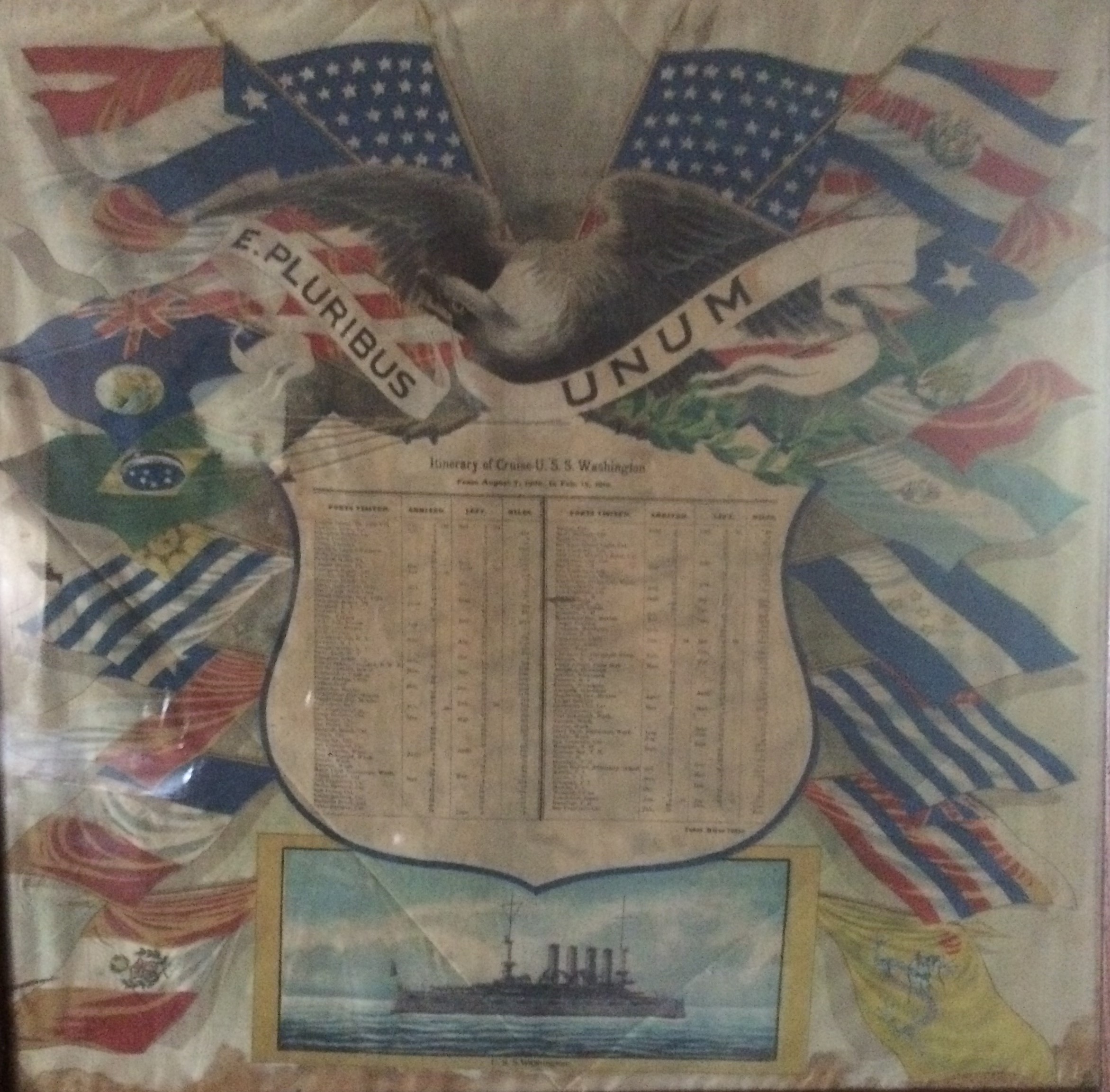 Emill re-entered the Navy and served throughout WWII. He is buried in Arlington National Military Cemetery.

Excerpted from “Shoulder to Shoulder: Polish Americans in Rochester, NY, by Kathleen Urbanic 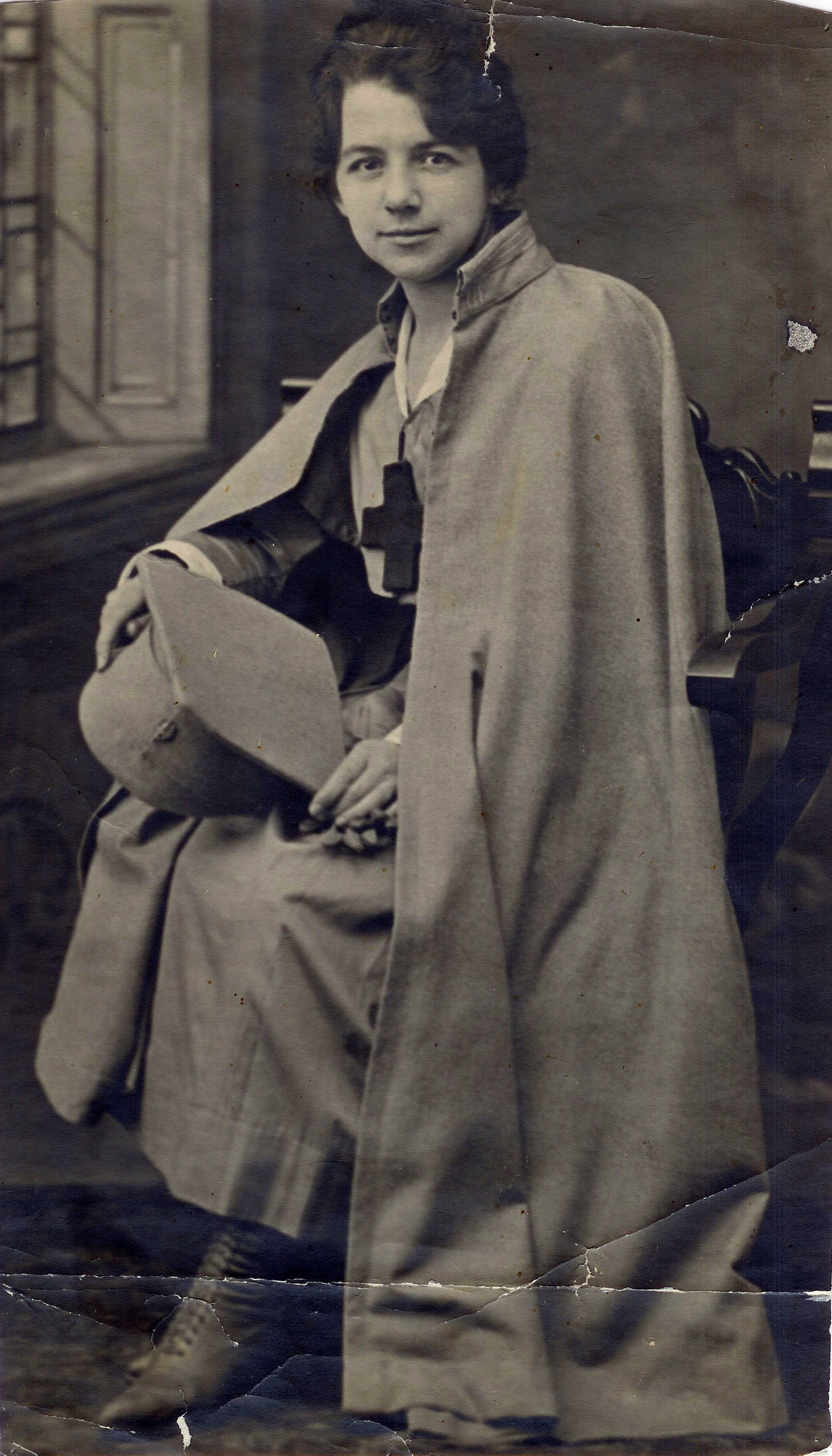 Her story is one of courage, service, adventure, and romance, of experiences not anticipated for a young girl growing up in Rochester's Polish neighborhood in the early 1900s.
Marta Graczyk, one of eleven children of Marcin and Marianna Graczyk, signed up for service with the Polish Grey Samaritans in January 1918. She learned about the nursing corps when its founder, Countess Laura de Gozdawa Turczynowicz, visited Rochester to appeal for volunteers. Marta’s fiancé, Tadeusz Gedgowd, had already enlisted with the Polish Army and had left for training at Polish National Alliance College. "My fiancé was the first one in our city to respond to the call of the Polish Army," Marta wrote in her memoirs, "long before the time that he was to be called to the ranks of the American Army." Three of Marta's close friends would also volunteer for service: Wladyslaw Czaban and Jan Pospula, who joined General Haller's "Blue Army," and Anna Badura, who along with Marta entered the Grey Samaritans.
After completing a course in first aid offered at Rochester's Homeopathic Hospital, Marta traveled to New York City where she lived for six months, studying health and hygiene along with other young women from around the country. Taking leave of her father, sisters, and brothers was heart-aching, Marta later recalled, but before long she developed a camaraderie with the other Grey Samaritan trainees, whom she described as "young girls full of life. . , of one nation's descent," who shared a commitment to serving their homeland.
The girls' schedule in New York was full: courses in welfare work, health, and hygiene at the School of Philanthropy and at Columbia University's Teachers' College; field work sponsored by United Charities in hospitals, kindergartens, and orphanages; visits to institutions for handicapped and crippled children; evening study in the Polish and English languages. There was also time for talking, laughing, and playing pranks on each other in the dormitory where the girls lived during their stay in New York. "Those were school days, young days, never to be forgotten," Marta wrote.
In July 1919, after an anxious wait during which the girls were not sure when they would leave for Poland, Marta and nineteen of the "Greys" with whom she had trained sailed for Europe. She served with the nursing corps for the next two years, moving from city to city in Poland on assignments relayed to her by telegram from headquarters in Warsaw. Initially, she assisted in an orphanage near Warsaw, caring for children of refugees fleeing the conflict with the Bolsheviks on Poland's eastern border. Later, on assignment to the American Relief Commission, she supervised the distribution of food and clothing to children and elderly left impoverished by the war. Along with other Grey Samaritans, Marta also instructed Polish women in health care, training girls in each village to continue relief work after the Grey Samaritans departed.
During her duty with the Grey Samaritans, Marta experienced the hardships of life in Poland after World War I: food shortages, rides in horse-drawn carts over rough country roads, nights spent in drafty village inns. Despite often unpleasant conditions, she responded with enthusiasm to her work and found satisfaction in aiding her parents' homeland. Marta's memoirs also relate many joyful experiences: singing Christmas carols with Polish soldiers returning from the front; seeing her fiancé in Warsaw after a separation of two years; and meeting her mother's sister for the first time in a Polish village, finding in her aunt's features the image of her mother who had died when Marta was a child.
Marta also endured a frightening experience in November 1920, while she was serving near the border of Poland and Lithuania. After crossing into Lithuanian territory, she was arrested by government officials and accused of being a Polish spy, apparently because she had been corresponding with Poles who lived in the area. Upon return to the United States, Marta described
the incident with composure to a Rochester reporter: “The fact that I spoke the Polish language and was found within the Lithuanian boundary seemed to be sufficient to warrant my arrest. . . . I was kept under guard for about three days, after which I was given the freedom of the city. However, that freedom consisted chiefly of being constantly shadowed by someone. . . prepared to prevent any attempt of escape. . . . My freedom was finally procured by one of the assistants of the commissioner of Riga and a representative of the American ambassador in Warsaw.”
After her duty with the Grey Samaritans, Marta returned to Rochester where she married Tadeusz Gedgowd. Both were decorated for their service to Poland, and Marta applied her experience abroad to a profession in America, working in social welfare for the rest of her life. She also recorded the experiences of her years as a Grey Samaritan. "In Poland," she later recalled, "there would be no end to mention of happenings there. . . . It seemed that . . . similar tales would be only stories in books."
Copyright 2000, Kathleen Urbanic