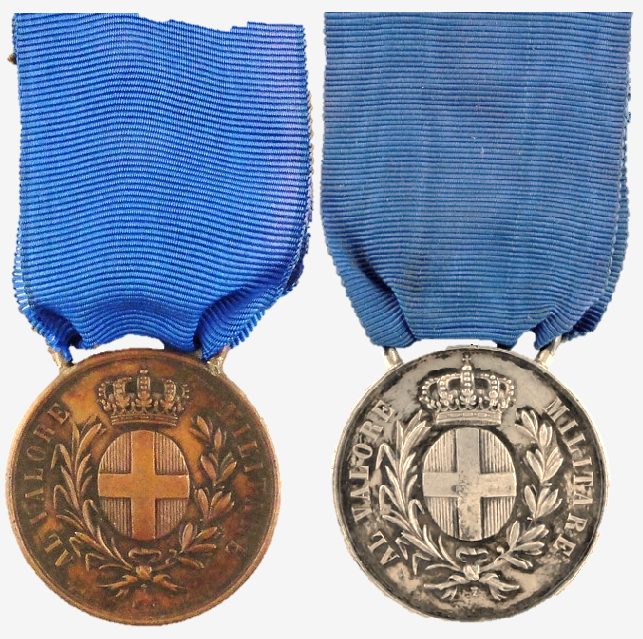 On the obverse of each of these medals is the coat-of-arms of Savoy surmounted by the crown and centered between two laurel branches, surrounded by the wording AL VALORE MILITARE (For Military Valor). Medals awarded during the First World War were engraved on the reverse, above the recipient's name, with GUERRA DI 1915-1918 between two laurel branches.  The ribbon is bright blue watered silk.

When only the ribbon is worn, the gold and silver medals are denoted by gold or silver five-pointed stars.