The Songs My Mother Never Taught Me

The song book, The Songs My Mother Never Taught Me, provides insight into the humor and daily life in the trenches. Primarily written or improvised by the soldiers themselves, these songs were collected and transcribed by Lieutenant John J. Niles, a veteran of the war, during his military service. He further called for contributions from other veterans after the war.  The compilation is summarized in Niles’s introduction to the book:

Yes, we sang! And when we did, our songs revealed our thoughts that would have otherwise died unspoken. Our songs told a tale the histories will try to untell for a good many years.24

The assertive phrase, “Yes, we sang!” is a statement from the disgruntled community of white veterans who felt overlooked after Niles published Singing Soldiers two years earlier, a collection of African-American soldier’s songs. This book depicts military service in a more explicit way than the Army Song Book with the help of the many illustrations by A.A. “Wally” Wallgren. Illustrations include drunk soldiers, life in the trenches, and suggestive content. While the National Committee endorsed only music that portrayed war as a crusade for democracy and adventure and songs that did not exhibit curse words or parodies, this songbook portrays war as rough and useless.25 The Songs My Mother Never Taught Me clearly deviates from this Committee's guideline. Some songs include text, music notation, and accompaniment, while others have text only. 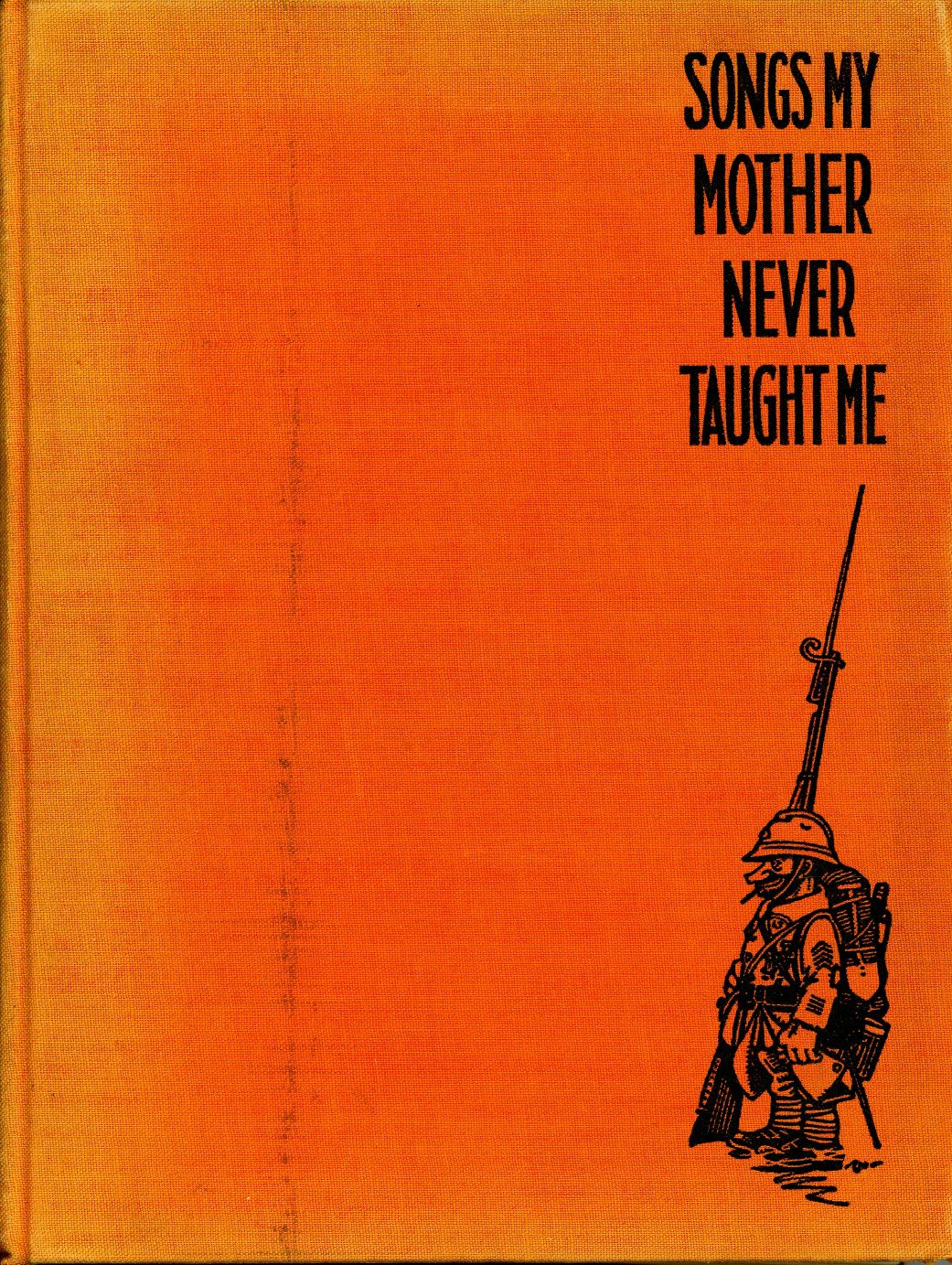 Although the songs are not in a particular order, the first song sets the scene of the entire songbook, a day in the life of a soldier. Themes can be categorized as illicit affairs with local women, a soldier’s daily life, conflict between military ranks, racism, anti-German rhetoric, and death. The first song, “Mad’moiselle from Armentieres,” describes the stereotype infidelity of American soldiers and French women’s tendency towards promiscuity that is summed up in the verse, “She was true to me, she was true to you, She was true to the whole damned army too.”26 To illustrate the trench living conditions where frequent rainfall flooded the trench floor, a line declares “The Yanks are havin’ a Hell of a time, wadin’ around in the mud and the slime.”27  This living condition led soldiers to acquire trench foot, a fungal infection that ultimately developed to gangrene and amputation. Disdain for officer’s orders is also mentioned claiming “Our General, he got the croix de guerre, But the poor old bozo never was there.”28 Clearly, the troops were dissatisfied with decking officers with celebration. While soldiers were fighting in the combat zone, officers remained in the safety of their command posts. Songs such as “The Corporal” and “The Sergeant” were mostly sung by infantrymen and described plots what they were going to try on their boss. From the ordinary soldier's perspective, it's not hard to think that officers who stayed behind the scenes were cowards.

Dissatisfied with the harsh living conditions, soldiers critiqued the low quality and the scant resources for food and shelter. Songs such as “Home, Boys, Home” criticized the issue of food and blamed the cook for the terrible meals. The “Louse Song” described the constant presence of pests among troops. One line from the song claims that during the trip to the front, “all the while we’re havin’ a cootie hunt.” Cootie refers to lice. A later line warns soldiers of the dangers of lice, “they’ll bite you boys, they’ll bite you. Yes they’ll gnaw your skin to bone.”29 Niles added that “one should slow down on the last two lines of each verse so as to get over the idea of inevitable suffering.” While soldiers suffered the horrors of war, singing allowed them to express dissatisfaction that temporarily relieved their minds of fear and hardship. 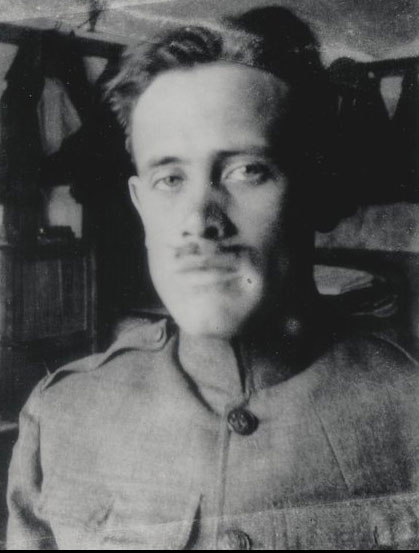 Lt. John Jacob Niles in WWIThe song book includes descriptions of the dangers of the front lines. World War I was the first war to use advance technology to tip one side or the other to victory. In light of the terrible machinery that cost countless numbers of lives and unprecedented casualties - American soldiers grappled with reality through song.30 Songs such as “Bombed Last Night” describe the combat experience as an unending persistence of suffering by repeating key words;

Bombed last night, Bombed the night before, Gonna get bombed tonight if we never get bombed any more.31

Anti-German rhetoric and death follow later in the song;

When we’re bombed, we’re scared as we can be. Oh God damn the bombin’ planes from Germany. They’re over us, they’re over us. One shell hole for the four of us.

Gassed last night – gassed the night before, Gonna git gassed again if we never git gassed no more, When we’re gassed, we’re as sick as we can be, ‘Cause phosgene and mustard gas is too much for me.

These lines were far from the romanticized heroic deaths described in the Army Song Book. In his annotation for this song, Niles reminds the reader that statistics cannot truly attest to the reality of the battlefield. Only song lyrics are representative of a soldier’s experience because they evoke unforgettable emotions. Although there were a few patriotic selections in the song book, clearly, there was an underlying theme of disgruntlement. By dissenting with the themes of the Army Song Book, were the objectives of the CTCA lost? Not exactly. Although the songs were not endorsed by the government, the soldiers expressed their disappointments and emotions through a medium endorsed by the government. Further, the CTCA won the hearts of soldiers by confirming that its music program was accepted as part of military life.