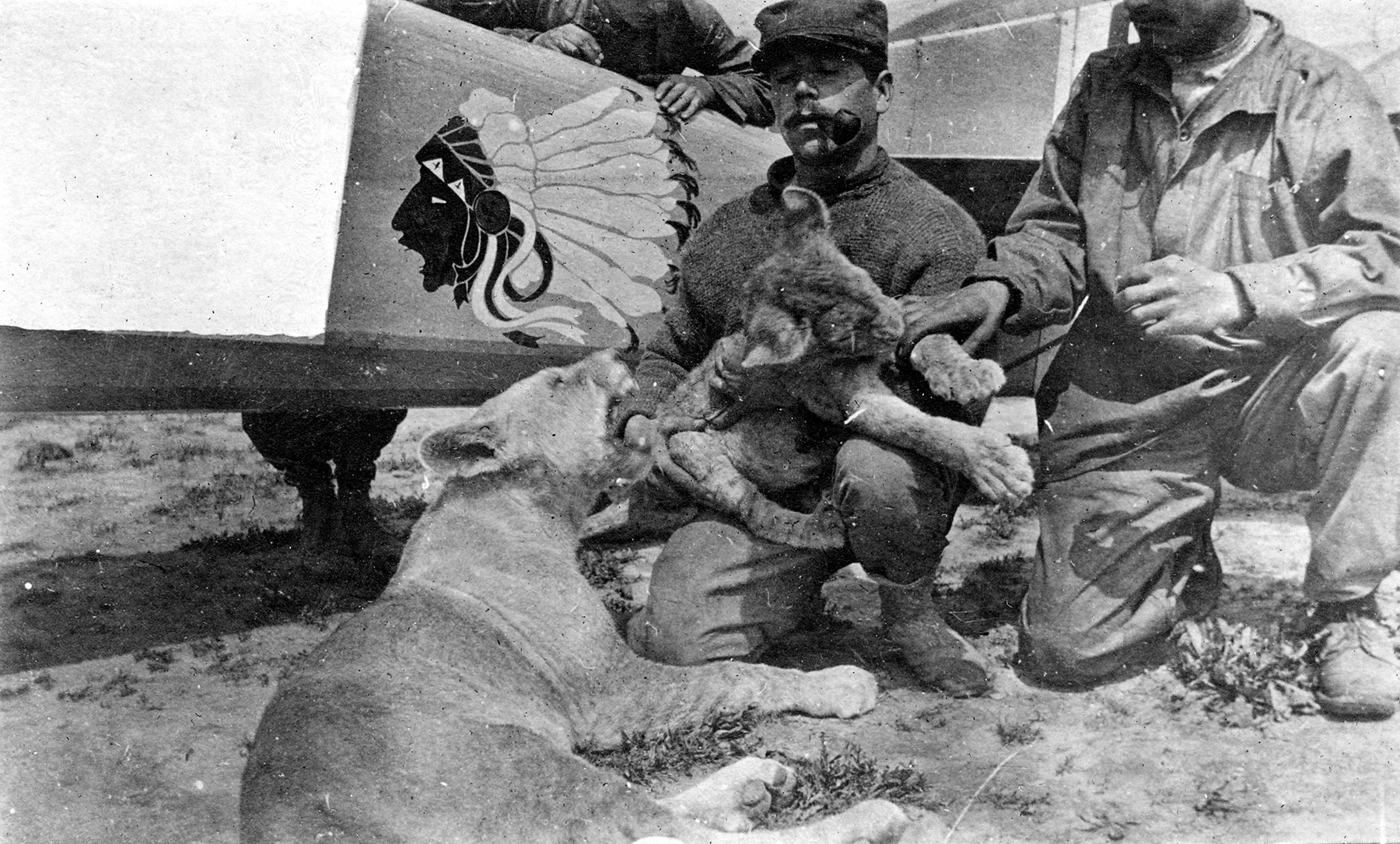 For the members of the Lafayette Escadrille, German antiaircraft fire, malfunctioning equipment, and poison gas were not enough excitement. To spice things up even more on the front lines, several of the pilots purchased a lion while on furlough in Paris, naming it Whiskey (how they got it back to base on a passenger coach is another story). After a while, though, one lion in their camp wasn’t enough; they purchased a second lion, and aptly named it Soda. Whiskey and Soda soon became fixtures in the Escadrille base, developing feline affection for several of the pilots, especially Gervais Raoul Lufbery. Unfortunately, though, after the two alpha-predators ate one of the Captain’s expensive hats, Whiskey and Soda were donated to the Paris Zoo.