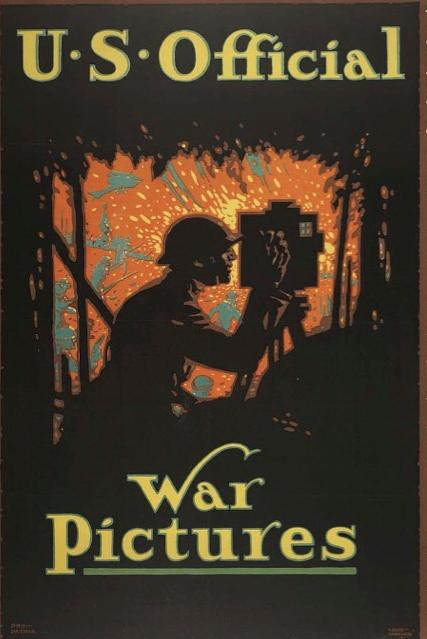 CPI posterCinema was a new phenomenon in entertainment when America entered the war and used significantly as a propaganda tool by Wilson’s CPI called War Pictures.15 However, the budding film community in Hollywood was mainly interested in revolutionizing cinematography and explore its capabilities of capturing movement. Given the rise of technology, directors were no longer bound by single point-of-view perspective as in a play or opera. Directors could use close-ups, tracking shots, and synchronized music to create more drama.

Utilizing everything technology had to offer, D.W. Griffith’s 1915 The Birth of a Nation was the culmination of early cinema. For the purposes of this 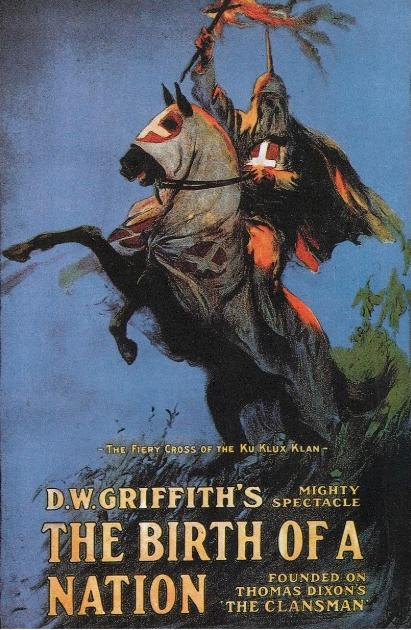 section, the article will focus only on the musical aspects of silent film. While there was no technology yet to capture sound and picture simultaneously, many directors recognized the importance of music in cinema early on to add to the drama of the show. Prior to Griffith’s The Birth of a Nation, music cues as they were called, compiled pre-existing tunes that had no association to the film. Some parts were also improvised. There were efforts in categorizing cue sheets into moods so that when accompanying a film, the pianist or organist would quietly flip through the book and find something that would fit the mood of the picture.16 However, this proved to be tiresome and the music oftentimes lacked synchronization with the picture. This method resulted into unintentional comical effects.

Shortly after, the success of Joseph Carl Breil’s synchronized score to Griffith’s The Birth of a Nation would soon take Hollywood on a tour de force and film directors would soon change their standard. Breil scored the film for a full symphony orchestra, a departure from the small-scale piano/organ cues. Most of the cues were his own, thereby not solely relying on pre-existing tunes.17 Breil constructed the score in accordance to operatic traditions: pastiche and leitmotifs. Ranging from 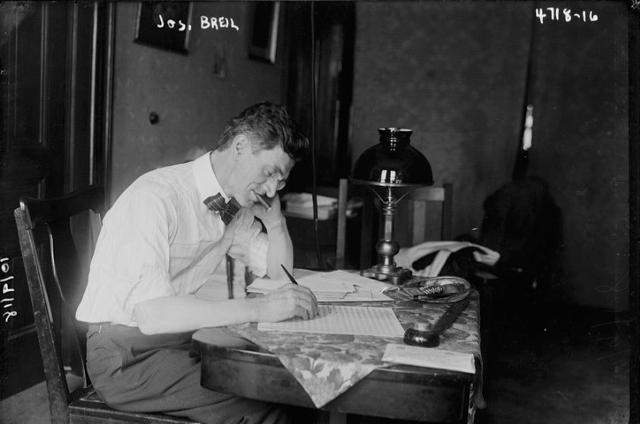 Joseph Breil at workWagner’s “Ride of the Valkyries” to popular American tunes to his own cues, Breil made sure that his music was closely synchronized to the picture and complemented it.18 After Breil’s success, more studios began producing full scores to accompany their films.19 On Christmas Day 1916, Cecil B. DeMille produced Joan the Woman, starring Geraldine Farrar. The original score, composed by William Furst, was not as notable as Breil’s The Birth of a Nation but it was arranged for keyboard by Furst and published by G. Schirmer in 1917.20 Charlie Chaplin also wrote, directed, acted, and scored his 1918 feature film, Shoulder 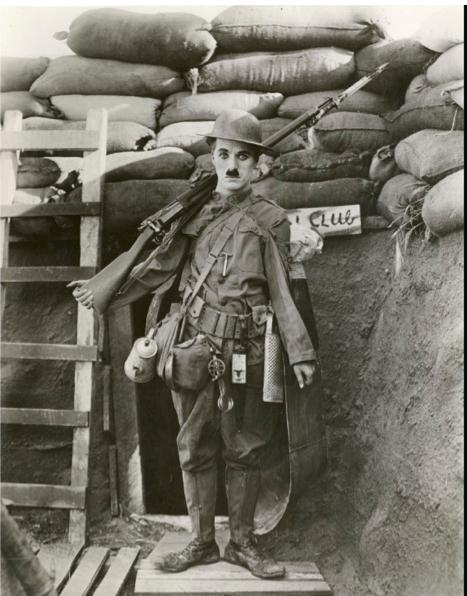 Chaplin in Shoulder ArmsArms, aside from his Liberty Loan films.

Hollywood continued to cooperate with George Creel and his CPI agenda. Creel would soon ask Griffith himself in 1917 to film battle scenes on the Western Front. Given unrestricted access to film on location by the British government, Griffith was able to capture the actual confrontation. After heavily editing the film, the project proved to be a major win for Allied propaganda. The film, Hearts of the World, would soon be distributed as propaganda material. The CPI recognized the power of cinema. Whether at home or abroad, Creel kept to his word: The CPI was prepared to advertise America’s power and influence through any medium available. Fast dissemination of material far and wide was Creel’s goal and nothing could stop his agenda.

15. For a complete list of CPI films see Creel, How we Advertised America, p. 118
16. Some compilations include: “Edison Issues Music Cues.” Motography 10, no. 8 (October 18, 1913), Ernst Luz for Motion Picture News in 1915; George W. Beynon in Moving Picture World starting in 1919. These efforts eventually led Erno Rapée to write later on, Motion Picture Moods, for Pianists and Organists; [a Rapid-Reference Collection of Selected Pieces, Adapted to 52 Moods and Situations.] (New York: G. Schirmer, 1925)
17. Breil’s score can be found at MOMA, Library of Congress (LC), University of Minnesota, UCLA, USC, and the George Eastman House. Only LC and Eastman house the orchestral parts, the rest are piano scores. Marks, p. 112
18. Ross, Propaganda for War, 264 –265.; Breil’s love theme for Birth of a Nation, “The Perfect Song” was later arranged for voice and keyboard for use as a theme song for the radio show Amos and Andy. Breil went on to score other silent films.
19. Marks, 62.; Film scores were still commonly played on piano/organ throughout the 1920s. The next breakthrough in film score sound will take a decade later with Al Jolson’s The Jazz Singer.
20. Anderson, Music for Silent Films, 64.