Army-Navy 1915: The Game Before the Storm 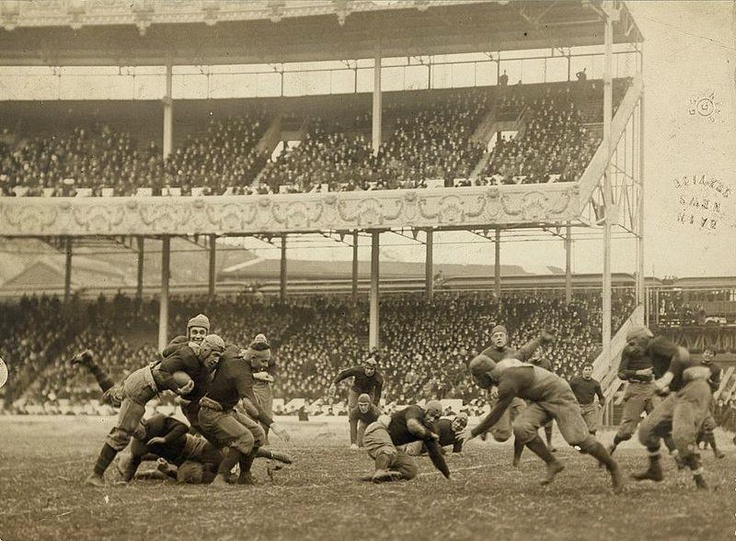 When Army meets Navy on the gridiron this weekend, the two teams will be participating in one of the longest and most prestigious rivalries in American sports. The teams will face off before an American public worried about events in Europe; worried about committing forces into a long and costly war; worried about subversive agents, both domestic and international. The atmosphere in which Saturday’s game will be played echoes that of another Army-Navy Game, played exactly one hundred years ago.

By 1915, events in Europe had made clear that the Great War, far from adhering to the six week schedule that most European generals had calculated in the summer of 1914, was here to stay. Americans awoke every morning to headlines describing a front line that never seemed to move, unimaginable casualties, and devastating new weapons of war such as poison gas and submarines that killed thousands and refused to discriminate between soldier and civilian. Only months earlier, one of these submarines had sunk the passenger ship Lusitania, killing over 1,000 civilians, including 128 American citizens. Atrocities such as this seemed designed to draw America into the bloody fray.

In the midst of this carnage, America maintained a status quo of neutrality. Despite this detachment, the country had experienced divisive side-effects of the war, and the two teams at the Polo Grounds in New York played before a country that was markedly different than just a year prior. Opposing groups for peace and intervention had been popping up across the nation since the war’s start, fiercely debating American neutrality. Ex-President Teddy Roosevelt’s unrelenting jingoism in the press had been a thorn in the side of the government’s official policy, while the same week as the game, industrialist Henry Ford had set sail on a much-derided “Peace Ark”, believing he could bring about an end to the war in a few weeks. As if to highlight the national discord, just as the two teams took to the field, someone let loose a flock of doves. As the New York Times reported, however, “it seemed to have but small effect on the fighting spirit of the two teams and their supporters who apparently would have been willing to stay in the trenches until Christmas or longer.” Present at the game was the most important voice of neutrality, President Woodrow Wilson, accompanied by his then-fiance 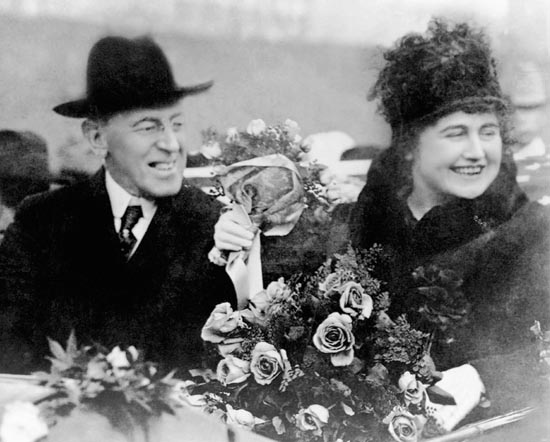 Edith Galt. Watching these doves fly off, President Wilson must have understood, more than anyone else present, the import of these peaceful creatures, slowly fading out of sight only to be replaced by the roar of 40,000 battle cries.

The conflict over the war raged within President Wilson with more fury than anything on the gridiron. The President knew that sooner or later, the United States would be drawn into the the conflict; Wilson had threatened to sever diplomatic relations with Germany several times over the course of the year, a prelude to war, in response to submarine attacks. Wilson also knew, though, that the paltry United States Army, with just over 100,000 active soldiers, was not ready for the scale of European combat- the trenches seemed to be eating numbers like that on a weekly basis. Only a month before the game, the President authorized a four-fold increase in the standing strength of the Army, as well as a vast expansion of the nation’s naval power that included several new battleships, cruisers, and most tellingly, submarines. It was clear to Wilson that despite the competing cries of “Beat Navy” and “Beat Army”, these two expanded branches of the military would soon have to work in close concert on both the Atlantic and European battlegrounds.

Events abroad were not the only concern of President Wilson as he watched the game, however. For several months, German saboteurs had been responsible for routinely destroying factories and ammunition stockpiles in the US, including a massive explosion at a DuPont plant the week of the game that killed 31 workers. It seemed that, even before the United States could rally the necessary troops for combat, her capability to equip them would be destroyed by enemies within. In an address to Congress a few days after the game, President Wilson called for action against “disloyal citizens,” asking Congress for laws by which the country would be “purged of the corrupt distempers produced by those foreign born citizens of the United States, who had uttered the gravest threats against our national peace and safety.” However, his rhetoric was not reserved solely for saboteurs. Wilson also took aim at Americans who had “forgotten themselves and their honor as citizens as to put their passionate sympathy with one or the side in the European conflict above their regard for the peace and dignity of the United States,” a thinly veiled attack on jingos such as Teddy Roosevelt. To Wilson, these men also practiced disloyalty, and their words were as subversive to American peace as a saboteur’s bomb. 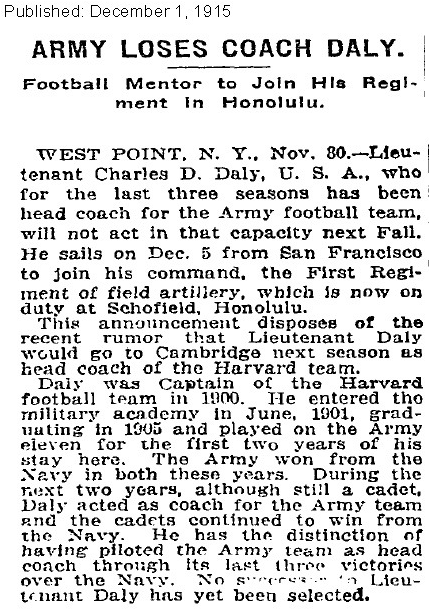 Just as he had to balance the conflicting desires of pacifists and jingoists, so too did President Wilson balance his support for the teams on the field. At half-time, the president and his party rose from their box in the Navy stands and ceremoniously crossed the field to take a seat on the Army side, a move of presidential impartiality started by his predecessor and current headache, Teddy Roosevelt. As Wilson entered the stands, he was surrounded by young men who only 18 months later would be sent, at his order, into the trenches of Europe. Indeed, the 1915 class of West Point later became famous as the “class the stars fell on”; 59 graduates went on to become generals, including a young running back on the 1912 football team named Dwight D. Eisenhower. Ultimately, the President’s presence on the Army side had a positive effect on the team, “nerv[ing] the Army up to to harder fighting... and it was soon clear that West Point was going to [win] again,” as the Times wrote. This would be the last time that President Wilson would have an effect on the game. The next year, he would be absent because of a cold. The year after and the next, the game would be cancelled, as the same men who so ebulliently cheered the Army win in the grandstands of New York courageously fought for their country in the trenches of Europe, transported across the dangerous waters of the Atlantic Ocean by their rivals across the field.

When the Army-Navy Game did return, in the fall of 1919, it represented an eager return to normalcy for a nation still reeling from war: 45,000 spectators, including an honorary contingent of wounded soldiers, braved the pouring rain to see Navy beat Army 6-0. Conspicuously absent was President Wilson; the weight of war and peace had finally taken their toll on the man. While campaigning for ratification of the Treaty of Versailles in September of 1919, President Wilson suffered a series of debilitating strokes, and he would spend the rest of his presidency an invalid in the White House, with access to him tightly controlled by his new wife, Edith. By that point, though, it was not necessary for the President to balance out the competing shouts, both in the stadium and in the country. The game had come to mean so much more than it had in 1915. As one editorial that day put it, “This annual clash of America’s two great service schools, interrupted by the last two years by America’s participation in the war, is much more than a mere football game. It is a spectacle of national significance, unique in the annals of sport. For this event, the flower of America’s military and naval forces assemble...the blaze of color that comes with any great gathering of uniforms flashes forth more emphatically today than on any other peaceful occasion.”