The Lafayette Escadrille Legacy And Memorial

I muttered a prayer, yanked back on the stick and hoped. The poor old SPAD groaned, the wires shrieked and every spar bent like an archer’s bow. The agony nearly finished me for a few seconds, but everything hung together somehow. I leveled off and looked back. That damned Hun was still after me, but he didn’t dare yank out as I had done. He had to ease out gradually and was several hundred meters below me before he could consider taking me on again. By that time I had my courage back, and boldly turned to fire a few bursts in his general direction.

The men of Lafayette Escadrille now belong to the annals of history. Young, vibr 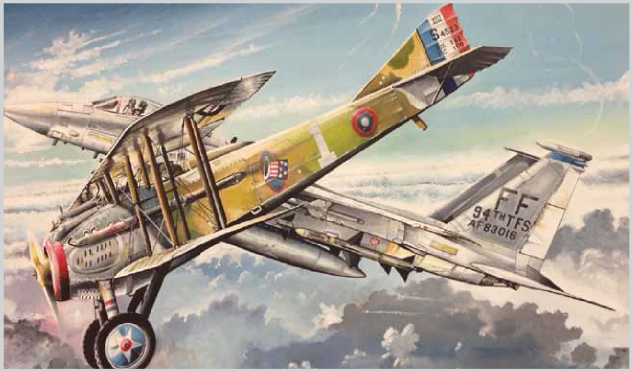 ant airmen who risked their lives in the name of freedom now stand as stoic figures in a handful of black and white pictures. However, far from being forgotten, the men of the Lafayette Escadrille charted a course our airmen proudly follow today. Direct lineage squadrons still take to the sky—including the US Air Force’s F-22-equipped 94th Fighter Squadron. While advancements in technology and tactics may differentiate these modern flyers from their forefathers, they remain united as airmen in their drive for excellence and dedication to duty. 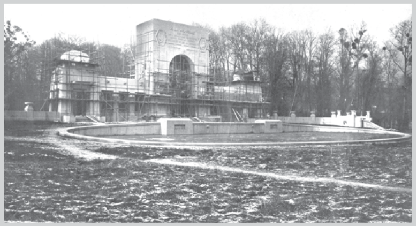 The legacy of the Lafayette Escadrille also continues in a far more tangible fashion. In 1928, veteran aviators of the First World War gathered to dedicate a monument to the American volunteers who came to the aide of France in 1916 and 1918. Impressive in its beauty and stature, the structure stands forth as a proud tribute to the selfless service and sacrifice of the young aviators.

The monument also serves as the final resting place for the veteran American flyers. Members of the original Lafayette Escadrille and those of the Lafayette Corps lie in repose beneath the soaring marble arch in a dedicated crypt, surrounded by stained glass windows depicting the aerial campaigns in which they proudly served. 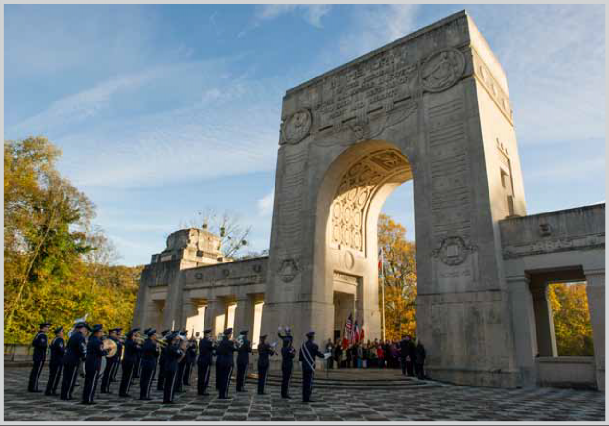 In 2010, the American Battle Monuments Commission contracted with CH2M Hill, Inc. to perform a comprehensive engineering study to determine the scale and scope of work required to fully restore the Lafayette Escadrille Memorial.

While impressive from a distance, a closer examination of the monument shows clear signs of wear and neglect. Water incursion has damaged much of the crypt, with the upper structure standing at risk given problems with the foundation. Repairs over the years have attempted to address aspects of these issues, but the time has now come for a full scale restoration. 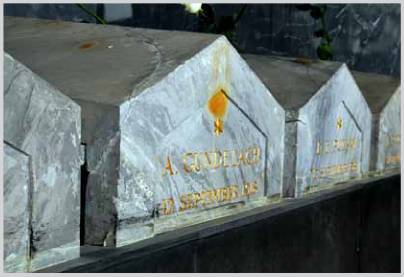 The resulting report called for a $14M restoration effort:

2014 marked the beginning of a joint Franco- American partnership to turn this plan into reality. Working diligently to execute the project in conjunction with the WWI Centennial, the restoration addresses the underlying structural problems threatening the structure, while also restoring its external appearance.

The Lafayette Escadrille Memorial is the final resting place for brave airmen who gave their lives in one of the most pivotal wars of the twentieth century. They volunteered to serve and made the ultimate sacrifice in the name of freedom and liberty.

And so action was taken to reverse decades’ worth of decline and provide America’s pioneering combat Airmen the fitting tribute they deserve. This project has not just been about restoring a physical structure, it centers upon the caring for the men who answered the call to serve.

And on April 20, 2016, the newly restored memorial will be rededicated in Paris, France!