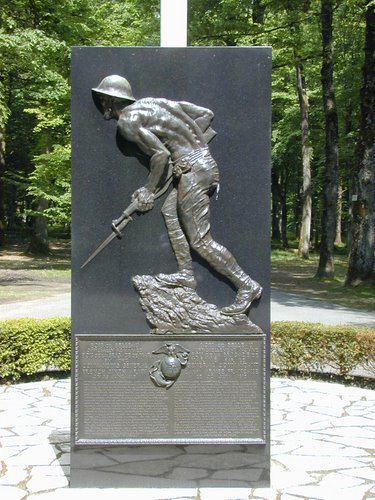 As part of a continuing effort to keep alive the memory of the American soldiers who fought in France and Belgium during World War I (WWI), and to promote tourism to the American Expeditionary Forces (AEF) battlefields in Europe, I would like to present to professional/amateur historians and to prospective battlefield travelers, tourists, and pilgrims alike, several French and American nationals who are well qualified to take Americans on individual tours, group tours, or staff rides on the AEF battlefields in France and in Belgium. 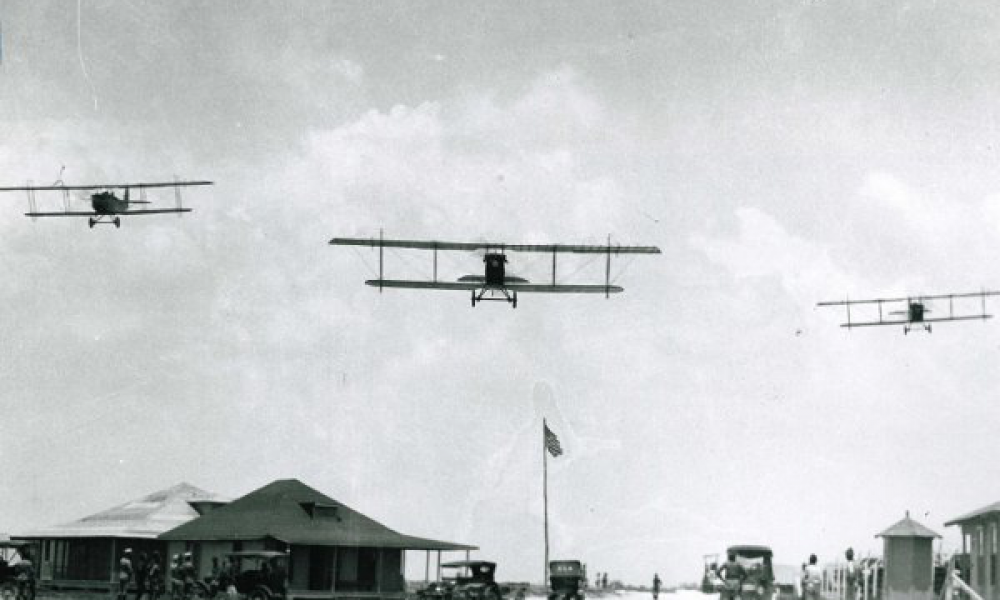 Sam Richards of Oakland, Calif., now in his 96th year, has enjoyed an amazing and colorful aviation career.

As a young man he was a Marine Corps pilot shot down in Belgium in World War I. He later served as an Air Force pilot in World War II.

Following the war, he developed a chemical fire retardant capable of fighting forest fires, to be dropped from aircraft, and eventually served as commander of the First Marine Aviation Force Veterans Association, which was the forerunner of today's Marine Corps Aviation Association.

Richards, from Bryn Mawr, Pa., was a sophomore studying chemical engineering at Lehigh University in Bethlehem, Pa., when in May 1917 the United States declared war on Germany. He wanted to fly and enlisted as a seaman second class with the Navy recruiter in Washington, D.C. He was required to purchase his Navy uniforms.

While awaiting ground school orders and living at home, Richards worked on a machine-tool lathe in the Autocar factory. The Navy sent him by train to Massachusetts Institute of Technology Flight "E," where he and his fellow recruits completed 10 weeks of aviation ground school. Upon graduation, Chief Quartermaster Richards and his classmates sailed from Boston to Savannah, Ga., where they entrained for Pensacola, Fla.

At Pensacola, Richards learned to fly with four hours and 10 minutes of instruction in the N-9 (the two-seater N-9 had a center pontoon and two wingtip pontoons) and R-6 (a heavier plane using two main pontoons) and then soloed in both. He said, "While waiting for commissioning and assignment at Pensacola, we heard that the Marine Corps was starting an air wing, so we volunteered and left Pensacola by train for Miami, after being designated naval aviators and commissioned as ensigns. We paid our own train fares. The Marine Corps' first aviator, Alfred A. 'Ma' Cunningham, greeted us at Curtiss Field." The groups from Lake Charles, La., and Miami Naval Air Station (NAS) joined on June 3, 1918, at Miami for further training in land planes. Richards was "promoted" from Navy ensign to Marine Corps "shavetail" (second lieutenant).

A Brief History of U.S. Marine Corps Action in Europe During World War I 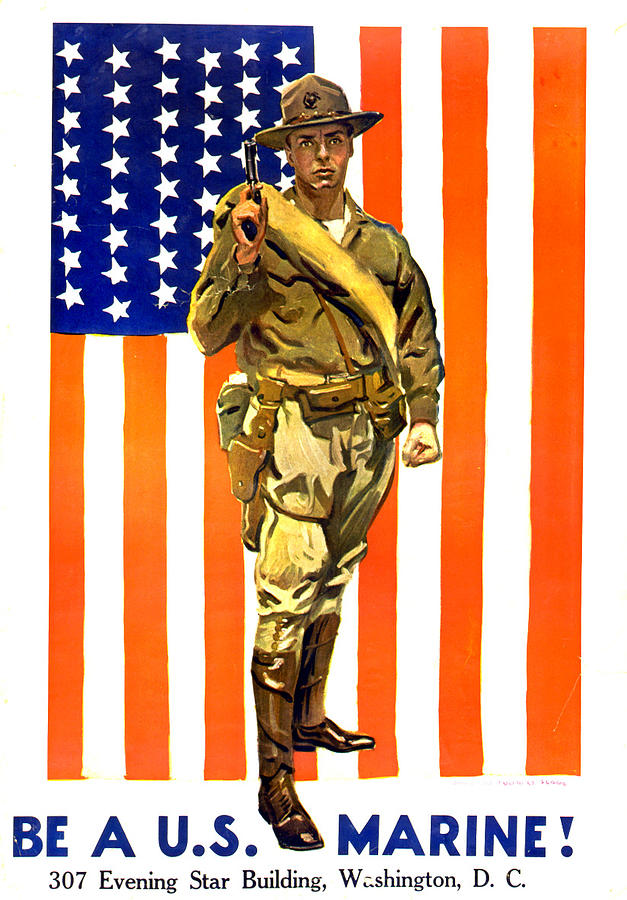 The achievements of the 4th Marine Brigade on the battlefields of Europe, as one of the two infantry brigades of the Second Division, US Army, comprised the major effort of the Marine Corps in Europe during World War I.  The 5th Regiment of Marines had landed in France with the first expedition of American troops in June 1917, and by February 1918, with the arrival of the 6th Marine Regiment and 6th Marine Machine Gun Battalion, the 4th Marine Brigade was brought up to full strength.

On 14 March 1918, the 4th Brigade commenced movement into subsectors of the Verdun front, the first units entering the front line during the night of 16-17 March.  The Marines remained on this relatively quiet front until 14 May, when the 4th Brigade relocated to the vicinity of Chaumont en Vixen, where intensive training was undertaken in anticipation of being assigned to an active front.  It was here that the Marines received sudden orders to move to the Chateau-Thierry sector.

In late May 1918, the Germans launched their third offensive, crossed the Chemin-des-Dames, captured Soissons, and on the last day of May, were advancing down the Marne Valley in the direction of Paris.  The startling success of this German attack caused the Allies to throw the Second Division, including the 4th Marine Brigade, into the front lines, blocking the German advance in the Chateau-Thierry sector.

Read more: A Brief History of U.S. Marine Corps Action in Europe During World War I 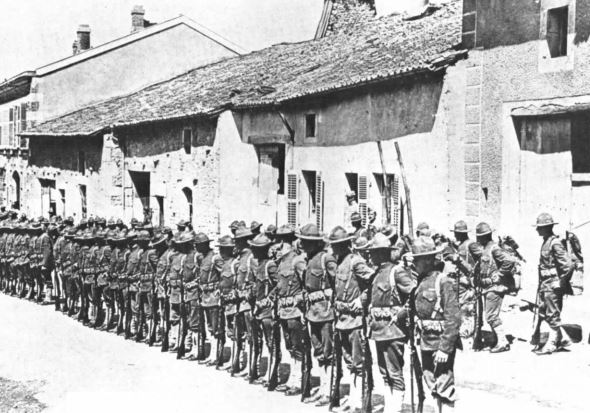 January 24, 1918 - After arriving at League Island, Philadelphia to prepare for their role as part of the 4th Brigade, American Expeditionary Force, Second Battalion of the Sixth Regiment sailed on USS HENDERSON from New York. They would arrived at St. Nazaire, France, on February 6. The Second Battalion would participate in virtually every key battles the Marine Corps was engaged in during the fighting in 1918; Chateau Thierry, Belleau Wood, Soissons, St. Mihiel, the Meuse-Argonne, and Blanc Mont Ridge.

They would ultimate be one of several authorized to wear t

he French Fourragere. During World War I, the French Government awarded decorations for especially meritorious conduct in action to 156 American units varying in size from a section to a brigade. These decorations were: the Fourragere and the Croix de Guerre (Cross of War) with various combinations of palms, gilt, silver, and bronze star devices. The unit twice decorated with the Croix de Guerre with Palms was entitled to a braided and knotted cord, known as the Fourragere, in the green and red colours of the Croix de Guerre. The Fourragere becomes part of the uniform of the unit so cited, authorizing all members of the organization to wear the decoration on the left shoulder of the uniform as long as they remain members of the organization.