World War I has always been primarily associated with Europe. That’s where the conflict began, where the major battles took place, and where the war had its most visible effect–the map of the continent was redrawn in its aftermath. But with more and more historical archives being revealed, more attention is being paid to how non-European countries figured into “the war to end all wars.” China, as one of the biggest countries in the world, became entangled in the war in many different ways. China's attempts to join the war marked its "internationalization," and it was engaged by the international system, ideas, forces and trends. This article attempts to bring details of China’s involvement in WWI to American readers.

At the beginning of the 20th century, China was divided into spheres of influence, with each powerful Western nation trying to exert as much control over it as possible. 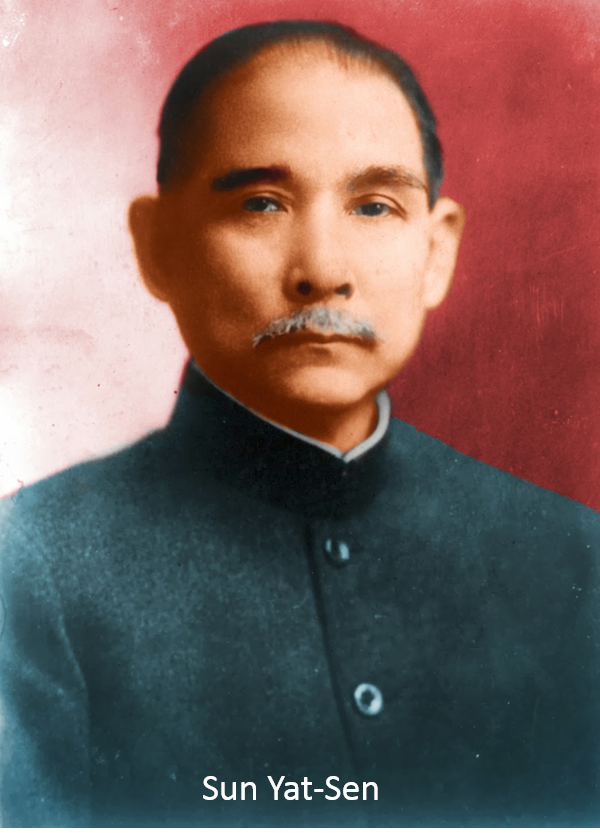 The Qing Dynasty began to fail in the early years of the century. The Chinese people, being resentful of foreigners and dissatisfied with inability of the present government to throw them out, initiated the Revolution of 1911 and replacing China's 2000 year-old imperial system with the Republic of China, headed by Sun Yat-Sen. Though the new government created the Republic of China, it failed to unify the country under its control. The Qing withdrawal led to a power vacuum in certain regions, resulting in the rise of warlords. These warlords often controlled their territories without acknowledging the nationalist government.

In the meantime, European powers’ preoccupation with the war at home also gave Japan an opportunity to obtain a position of supremacy in China. In 1915 Japan presented China with the ‘Twenty-one’ Demands, the terms of which would have reduced China to a virtual Japanese protectorate. Finally, In 1917 China entered World War I on the side of the Allies (which included Britain, France, and the United States) in order to gain a seat at the peace table, hoping for a new chance to halt Japanese ambitions. China expected that the United States, with its Open Door Policy and commitment to the self-determination of all peoples, would offer its support. However, as part of the negotiation process at the peace conference in Versailles, U.S. president Woodrow Wilson withdrew U.S. support for China on the Shandong issue with Germany and the Shandong territory was turned to the hands of Japanese. The indignant Chinese delegation refused to sign the Treaty of Versailles.

Young people in China who looked to the West for political ideals were crushed by the decisions at Versailles. On May 4, 1919, the May Fourth Movement took place in which students demonstrated in protest of the Treaty of Versailles. The Movement helped the Chinese by promoting science, education and democracy. Moreover, the movement was the foundation for the forming of the Communist Party of China (CCP). China’s involvement in the Great War greatly contributed to China's internationalization, whether positively or negatively, and impelled China to interact with the world deeper and deeper as well.

II. The forgotten Chinese role in Europe and the Middle East during WWI 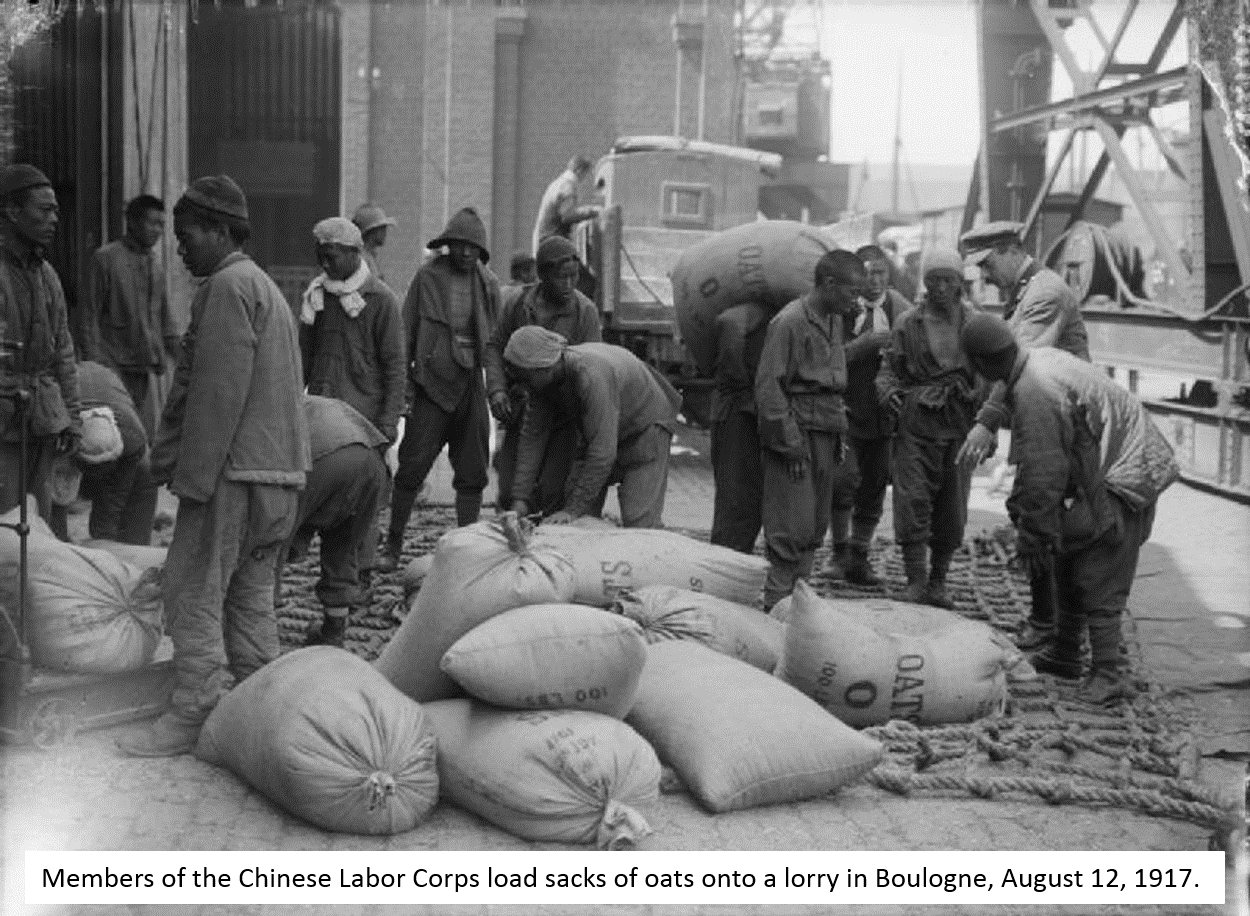 In Europe, as the years of fighting dragged on, the male populations of the combatant nations were depleted. Soldiers were hunkered in trenches carved into the countryside of Europe. The allies needed help, and it came from China. Chinese farm laborers, who almost a century ago, volunteered to leave their remote villages and work for Britain in the First World War, have been called "the forgotten of the forgotten". Chinese workers dug trenches. They repaired tanks in Normandy. They assembled shells for artillery. They transported munitions in Dannes. They unloaded supplies and war material in the port of Dunkirk. 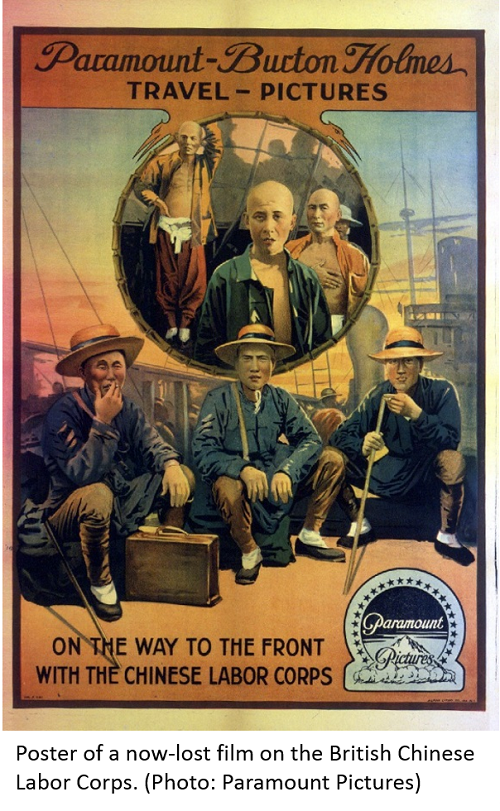 They ventured farther afield, too. Graves in Basra, in southern Iraq, contain remains of hundreds of Chinese workers who died carrying water for British troops in an offensive against the Ottoman Empire.1

The story of the largest and longest-serving non-European labor contingent in the war has largely been forgotten but is slowly being rediscovered a century later. By trains and ships, the Chinese made their way to Europe. Once in France, 140,000 workers went to ports, mines, farms and munitions factories. They repaired roads, transported supplies and dug trenches near the front lines, risking German artillery shells. Recruitment of the Chinese began in 1916 and many came from such remote farms and they worked 10-hour days, seven days a week, and had three holidays including Chinese New Year. When the war ended and other men went home, they worked on until 1920, clearing live ordnance and exhuming bodies from battlefield burials and moving them to the new war cemeteries.2

Part III. After the Fighting Ended

In the wake of World War I, leaders in the international community sought to avoid the possibility of another war. Rising Japanese militarism and an international arms race heightened these concerns. As a result, policymakers worked to reduce the rising threat. In 1921, U.S. invited nine nations to Washington, D.C. to discuss naval reductions and the situation in the Far East. The United Kingdom, Japan, France and Italy were invited to take part in talks on reducing naval capacity, while Belgium, China, Portugal, and the Netherlands were invited to join in discussions on the situation in the Far East. Three major treaties emerged out of the Washington Naval Conference: the Five-Power Treaty, the Four-Power Treaty, and the Nine-Power Treaty.3

The final multilateral agreement made at the Washington Naval Conference, the Nine-Power Treaty, marked the internationalization of the U.S. Open Door Policy in China. The treaty recognized Japanese dominance in Manchuria but otherwise affirmed the importance of equal opportunity for all nations doing business in the country. The United States had an interest in China being transformed from a nation divided into exclusive economic zones, respectively the spheres of influence held by Great Britain, France, and Japan, into a nation entirely and equally open to all foreign trade. 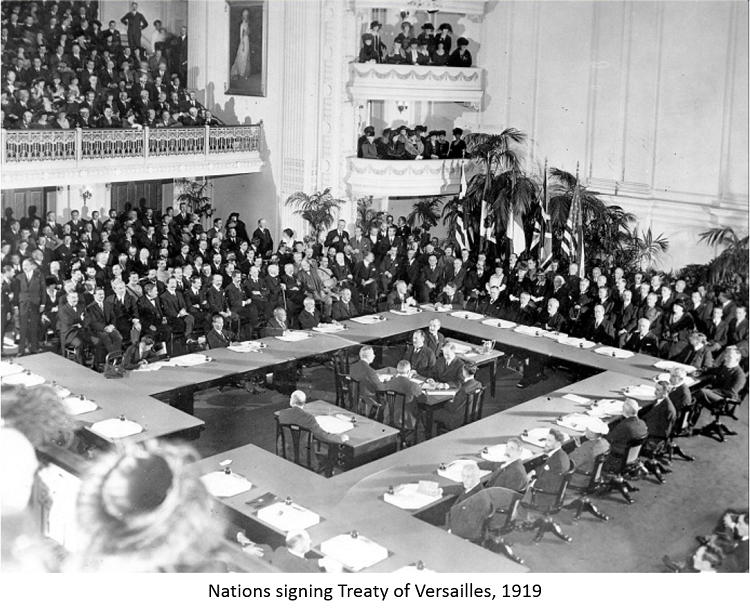 World War One changed everything around the world. It led China into an era where different international powers became entangled with it and forced China to embrace internationalization. It also changed the United States from being a neutral nation to, first, being actively engaged in defeating the Central Powers, and then leading the reshaping of the international order. In the aftermath of WWI, the United States finally recognized the potential threat of Japanese ambition and military expansion in the Far East, especially in China. Ultimately the cooperation between the U.S. and the Kuomintang helped win the day in WWII.

This short description of how WWI entangled the mutual prosperity and development of both China and the United States illustrates the great importance for people in the United States to understand the contributions non-European countries made during the Great War, and how that international cataclysm of 100 years ago affected the evolution of those nations, bringing us the world of today.

Yanran Xu was a Washington Scholars intern in 2015 at the United States World War I Centennial Commission.