If you have pictures, stories, or articles related to Pennsylvania during the First World War (both overseas and at home), we'd like to include them on this web site, please contact us via the email address at left.
- The Pennsylvania World War One Centennial Committee volunteers - Barry Johnson

Pennsylvania in the First World War

From the outbreak of the First World War in Europe in 1914, the Pittsburgh and Philadelphia industrial centers played important roles in the war effort, even though the United States was at first a neutral country.  Supplying war materiel as, in effect, an economic belligerent beginning in 1914 to Britain, France, and Russia, and later to the United States, Pennsylvania manufacturing, agriculture, mining, steel-making, hospitals and transportation facilities contributed importantly to the war effort.  As Barbara Tuchman observed, "...Americans did not wish to suffer for their neutrality.  Rather they hoped to make a good thing of it."  Thus ended American isolation.

More than 297,000 Pennsylvanians served as soldiers in the Great War, with 10,278 combat deaths, and 26,252 wounded.  The American Expeditionary Forces list of those Missing in Action includes 449 names from Pennsylvania.  Pennsylvania was also part of the Fourth Naval District, extending from Barnegat Light, New Jersey to Chincoteague Inlet in Virginia, including Delaware Bay and the Delaware River.  The exact number of Pennsylvanians who served in the Navy is not known, but it is estimated that from Philadelphia alone, 10,500 men and women served.  At the time of the First World War, the U.S. population was far more concentrated in the East than it is today.  In the 1910 Census, Pennsylvania had been ranked the second most populous state. 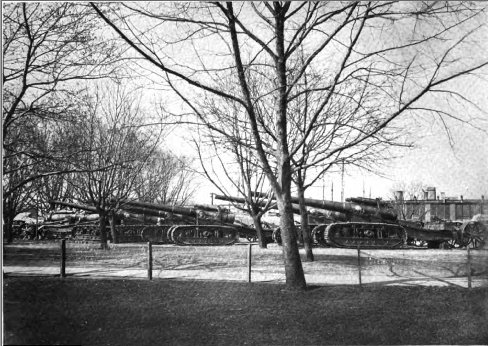 The full story of Pennsylvania's involvement includes the roles of the Frankford and Schuylkill Arsenals, the Philadelphia Ordnance District, the Port of Philadelphia, the Hog Island Ship Yard, the rifle and artillery ammunition plants at Eddystone, the Philadelphia Base Hospital Units, Baldwin Locomotive, the Midvale Steel and Ordnance Company, the Smith, Kline & French Company, the Brill Company, the Ford Motor Company, and the Budd Company.

Pittsburgh was the focal point of another large industrial district that included Westinghouse, Aluminum Company of America, the research facilities of the University of Pittsburgh, Duquesne University, Carnegie Tech. and the Mellon Institute, along with the United States Steel Corporation.  Industry was powered by an abundant supply of coal, and Pittsburgh was considered particularly smoky.  In Pittsburgh in World War I: Arsenal of the Allies, Elizabeth Williams noted that a visitor once described Pittsburgh as "hell with the lid off".  In any case, industrial output from Pittsburgh played a role from the early months of the European war, and was stretched to capacity by demand for the American war effort

Pittsburgh Plate Glass Company was one of the companies that succeeded in making optical glass of sufficient quality for use in making the optics for fire direction telescopes, range finders, cameras, and binoculars, including lenses, prisms, and complete instruments for the Army and Navy.  Pittsburgh Plate Glass was the second largest among America's fledgling producers of optical glass.  Until the war, the United States was completely dependent on European sources, particularly Germany, for chemical dyes and optical glass.  The European sources for these critical materials had dried up since the beginning of the war in 1914.  Under wartime conditions, American science and industry attacked and solved a highly technical problem that was critical to U.S. forces.

Western Front
The majority of Pennsylvanians who served in the Army during the First World War were assigned to the 28th, 79th, and 80th Divisions.  African Americans from Pennsylvania served in the 92nd and 93rd Divisions, as the armed services were racially segregated, as was most of American society.  Formed initially from Pennsylvania National Guard units, the 28th Division was engaged with the enemy beginning in late June, 1918 south of the Marne River, and continuing through the Meuse-Argonne Offensive, September 26 - November 11, 1918.  The 79th Division was one of 16 National Army divisions of draftees authorized under the National Defense Act of May 18th, 1917 but retained a substantial number of men from Philadelphia and eastern Pennsylvania.  The 79th Division was engaged with the enemy from September, 1918 and continued through the Meuse-Argonne Offensive.  The 80th Division originally consisted of men mostly drafted from western Pennsylvania, Appalachian Virginia and West Virginia.  The 80th Division, also a National Army division, was engaged with the enemy beginning late August, 1918, and continued through the Meuse-Argonne Offensive.  The largest and costliest battle ever fought by the armed forces of the United States, the Meuse-Argonne Offensive spanned 49 days, and eventually drew in 1.2 million American troops, taking the lives of over 26,000 of them, and wounding another 96,000, most of them within a period of about three weeks of heavy fighting. 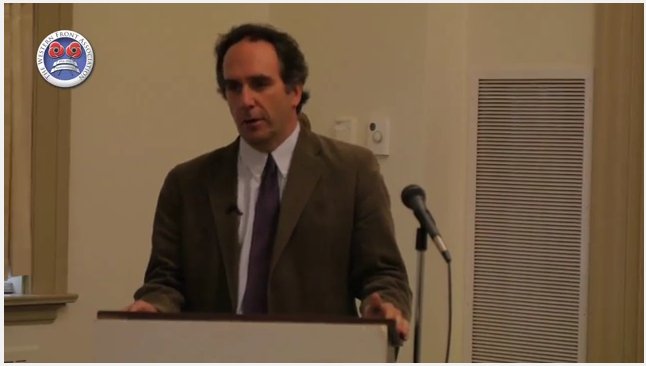 African Americans in WW1
Along with other Americans, African Americans in Pennsylvania volunteered and were drafted into armed services that were segregated.  Although they had served in the American armed forces in every war, African Americans were confronted by a hostile and racist military culture in the First World War that was unprecedented.  Organized into separate units from whites, African Americans served in separate divisions in France, divisions then designated as "Colored", with some units, particularly the 93rd Division, serving under French command.   The U.S. 92nd and 93rd Divisions were black infantry divisions commanded by white senior officers.  Company grade officers, lieutenants and captains, were black.  These black officers were among the leaders of the post-war civil rights movement.  They received both French and American decorations for heroism, including the Croix de Guerre and Congressional Medal of Honor.   Many additional African Americans served in construction and supply units, as the armed forces treated them as if they were inferior, even those having high school and college diplomas.  America was at that time a segregated nation, in many cases by law, and racial segregation of the U.S. armed services continued until after the Second World War. 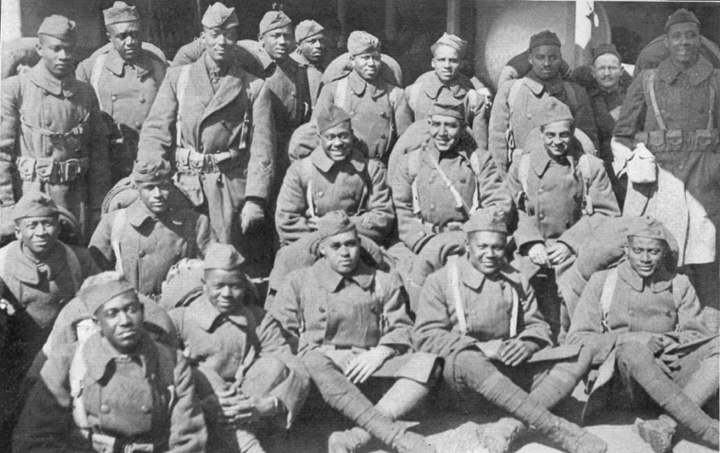 African American troops from Philadelphia returning home in 1919.  All had been wounded in combat and were awarded the Purple Heart

Three African-American doctors from Philadelphia volunteered to serve in the U.S. Army during the First World War to care for men of the 92nd and 93rd Divisions.  They were not drafted, but volunteered, leaving their medical practices to serve in France with the Army.  Dr. Frank E. Boston, Dr. Edward Arthur Draper, and Dr. Dehaven Hinkson returned to the United States after the war, continued practicing medicine and became community leaders.  Their biographies are included in African American Doctors of World War I: The Lives of 104 Volunteers, by W. Douglas Fisher and Joann H. Buckley, McFarland & Company, Inc., Publishers, Jefferson, NC, 2016

Women in Pennsylvania joined the Woman's Land Army of America, working on farms to replace men called to military service.   Women similarly replaced men who had to leave factory jobs.  Women also formed the backbone of the Red Cross which was small and loosely organized before the war, but grew to include hundreds of thousands in Pennsylvania.  The Red Cross helped not only soldiers, but also their families at home. We struggle today to appreciate the size of the organization at that time and the magnitude of the job they accomplished.  Women were its strength.  Liberty Bond sales depended importantly on the work done by women, yet this was a time when most American women could not vote.  American nurses went to France and were among those who were wounded in action and decorated for heroism, serving the cause of freedom and self determination at a time when women in America were not themselves self-governed.  More than 200 died in-service during the war.

Nurse Isabelle Stambaugh, Reserve Nurse, US Army Nurse Corps, from Philadelphia was cited by the British Army for extraordinary heroism while serving with Base Hospital No. 10, Nurse Corps, A.E.F., while with a surgical team at a British Casualty Clearing Station during the German offensive that began March 21, 1918, in front of Amiens, France.  Nurse Stambaugh was seriously wounded by fire from German airplanes. She was awarded the Distinguished Service Cross, authorized by the President of the United States.   Note that this award is given for heroism during combat operations.  Nurse Stambaugh was born in Mifflintown, PA. Her home of record was Philadelphia, PA.

Influenza Pandemic
A deadly influenza virus spread around the world in the fall of 1918, and was prevalent in the cities of Pennsylvania, among troops living and traveling in crowded conditions, and anywhere people came in contact with others where the virus could be spread.  On September 18, a thousand people became ill with influenza at the Philadelphia Navy Yard.  On October 4, 4,064 cases of influenza were reported in Philadelphia.  On the same day, the state health commissioner closed bars and theaters.  By October 5, Pittsburgh was under quarantine.  During this time, the influenza epidemic struck with particular virulence in Philadelphia, disabling nearly 40 percent of the office force of the Philadelphia Army Ordnance District, with similar infections among ammunition employees.  In Pittsburgh alone, 5,340 people died of influenza during the last four months of the war. 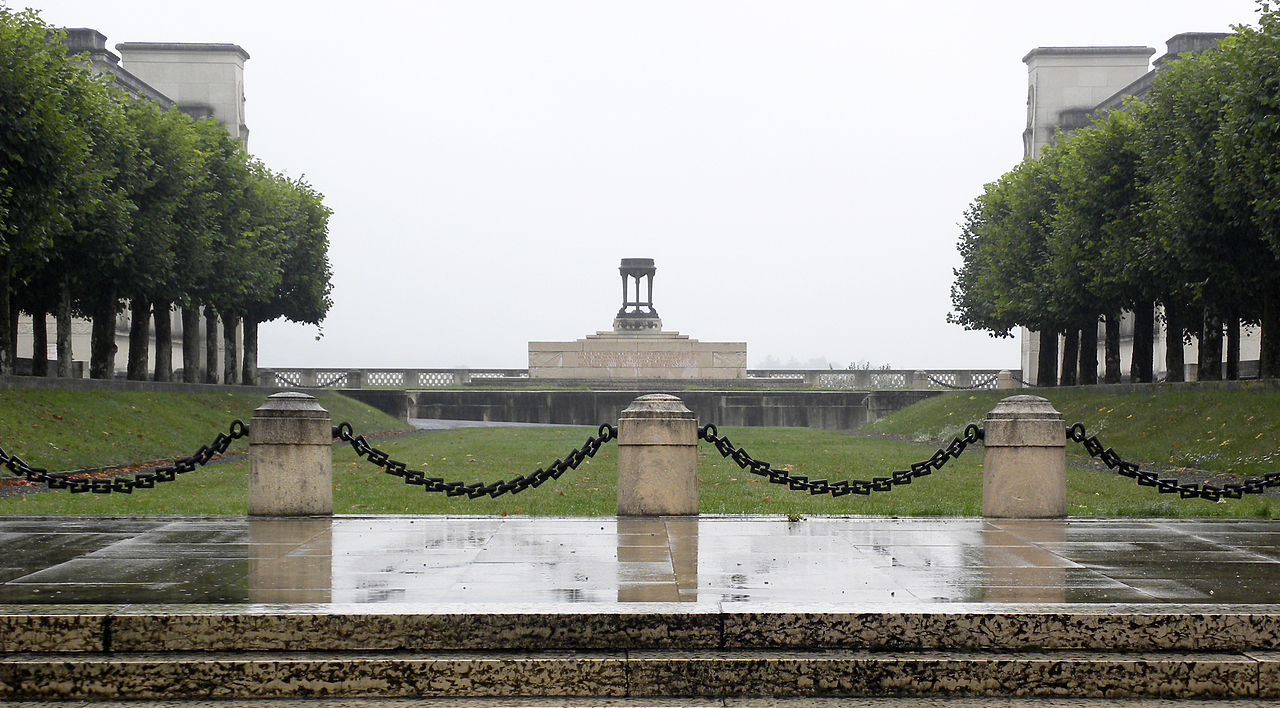 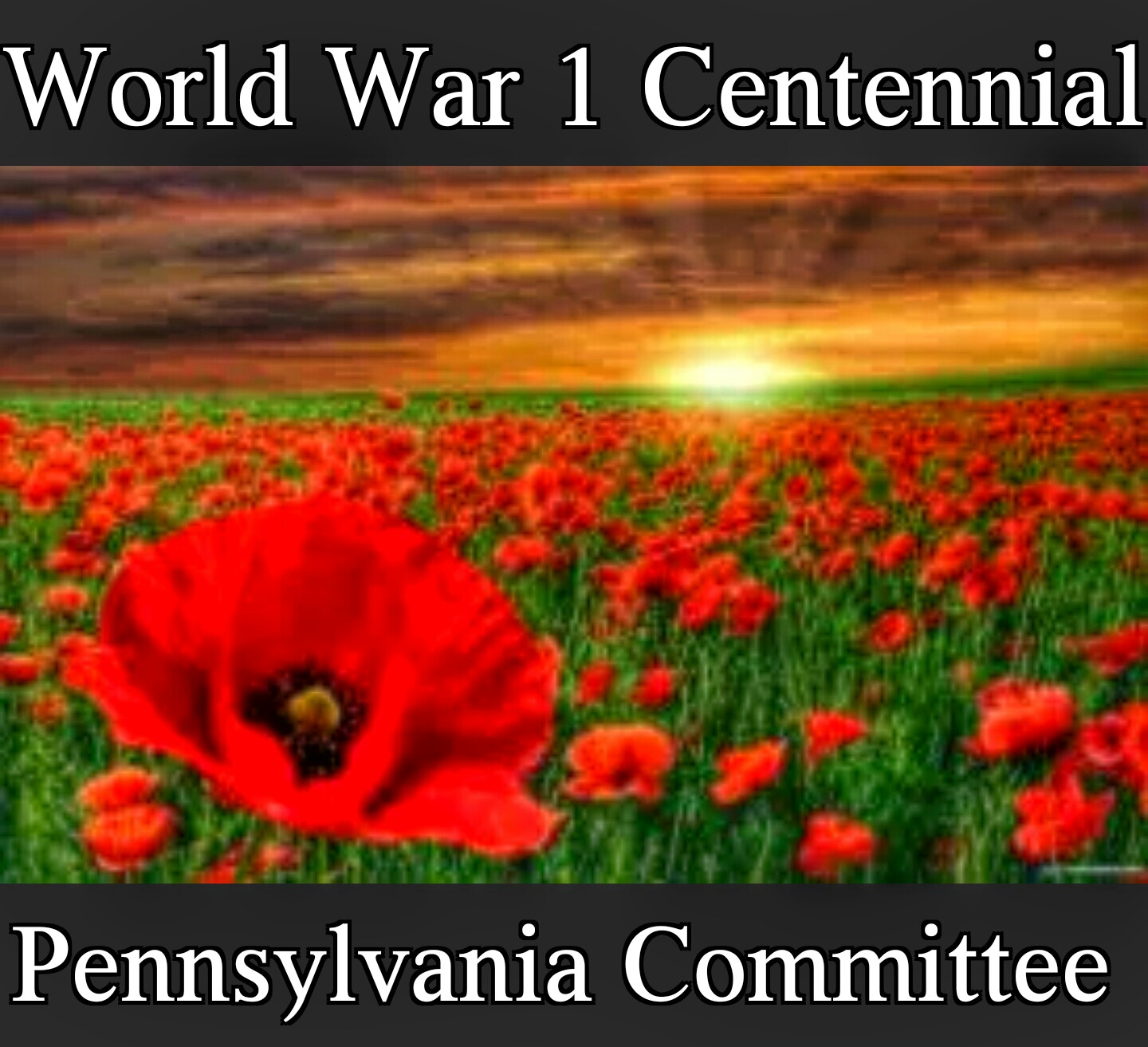