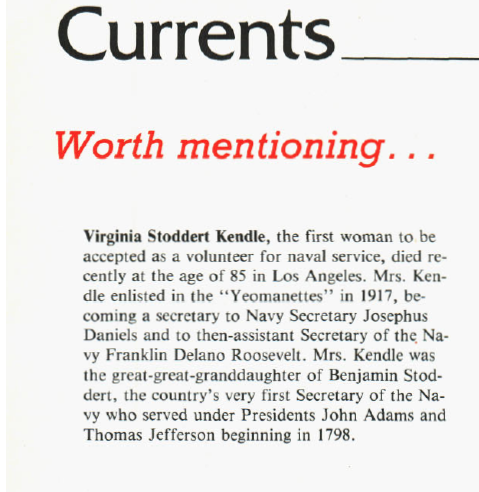 She is described in her naval service record as being 22 years, 2 months old when she joined, had dark brown hair with blue eyes. She was 5'3.5" and weighed 98 pounds, with moles on her right wrist and lower lumbar region of which I share. She told a tale that they had to make their own uniforms (she had been issued a uniform gratuity in the amount of $60.00) and one day desired to look more fashionable by fastening a fox stole around her shoulders. She did so with other Yeomanettes and they were subsequently arrested for uniform infraction and placed in the brig on base. A short time later, Philip Sousa's Marine Corps band came to serenade them while behind bars. P. Sousa was stationed there at the time and was in charge of the band.

Another newspaper clipping attached tells the story of Virginia being interviewed by the Chicago Tribune, and then a 2nd article where the paper takes credit for "a love match" between Virginia and her first husband Mr. Grotte of New Mexico, an Army Sgt at the time. They were married in Sept of 1918 and divorced in July 1929. On October 25, 1918, Virginia was investigated for being absent and was discovered at the Georgetown Hospital in D.C., on October 8, 1918, suffering from influenza (Spanish Flu) and was able to return to work the following Monday.

Beginning in January 1919, Virginia began to complain of increasing nervousness and cardio palpitation and had a small goiter, of which she refused operation to remove. She was subsequently diagnosed with a heart murmur resulting from her bout with the flu and given a recorded "Good (Disability)" discharge on April 19, 1919. She applied for a medical pension on December 31, 1927 and began receiving $245.00 monthly thereafter and until her death in 1982. Her death was also mentioned in the All Hands Magazine, March 1982 and her obituary was printing in the LA Times that month and year also.

My father, John Garth Stoddert Perrot was interviewed by Naval "Ship to Shore" radio at that time as well, where they mention her being the first woman to volunteer. Virginia Stoddert Moore is a direct descendant of Benjamin Stoddert, first SECNAV of this country, 1798 to 1801, under Presidents Jefferson and Adams, and never took a pension for his service. He was wounded at the Battle of Brandywine, served as a major in the Revolution, campaigned for the annexation of Canada, which he changed his name to Benjamin Canada Stoddert during his campaigning for it, was a successful shipping merchant and businessman in Georgetown, D.C. and a pall bearer for George Washington. He is considered a Founding Father as he was instrumental in securing the land of what is now Washington, D.C.

Other images if available: 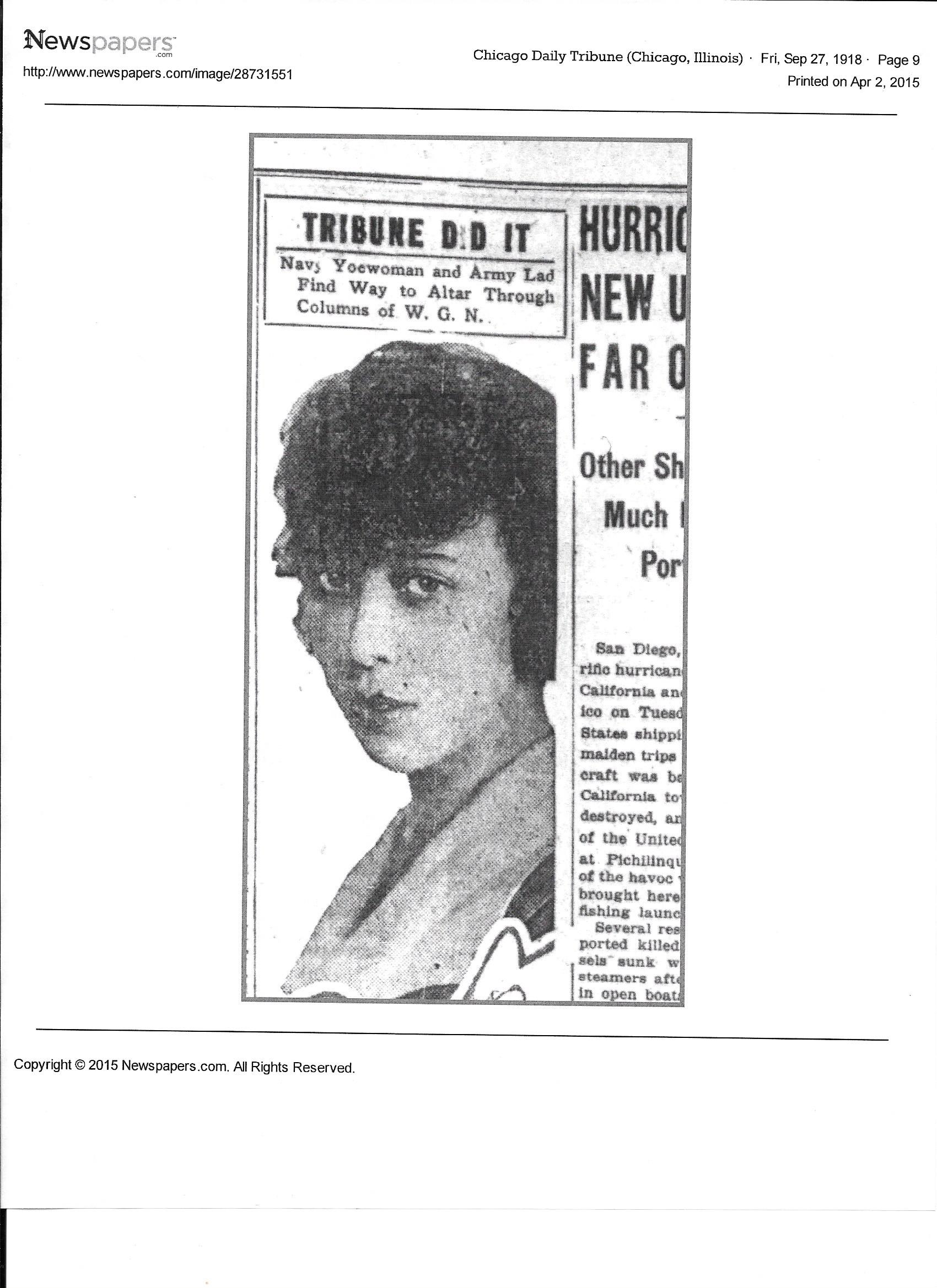 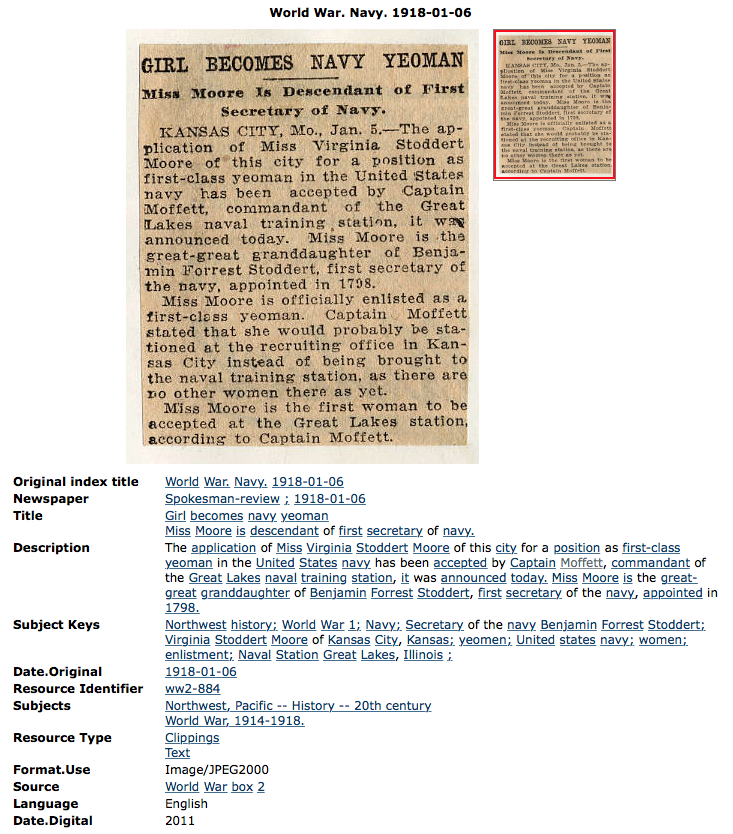