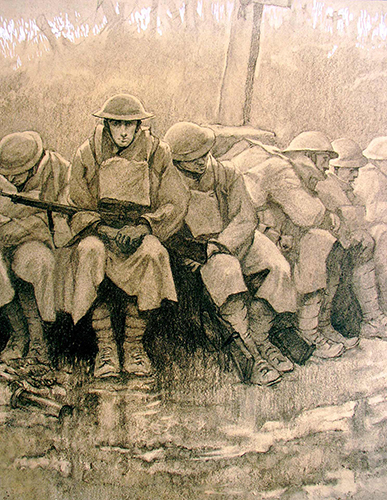 Just over one hundred years ago, a young art student in Philadelphia joined the National Guard. Before he went away to training camp he stocked up on art supplies including many canvas-bound sketchbooks. He kept one with him every day for the next two years, and drew in them constantly. He drew what he saw around him: portraits of friends, the men building Camp Meade and, his various accommodations,whether a pup tent or a requisitioned chateau. He drew throughout his training and while he was in combat in France. His numerous sketchbooks include pictures of wrecked towns, dead soldiers, cannons, airplanes and warships. After the Armistice, he filled pages with portraits of soldiers and local French citizens.

When he returned home, he hoped to share his stories and drawings, but people only wanted to forget the war and no one was interested. He put his sketchbooks away and continued his studies.

Edward Shenton went on to become one of the premier book and magazine illustrators during the 20s, 30s and 40s. He had a fifty-year-long career and when he passed away in 1977. his son, Ned, inherited the many boxes of his father’s papers. One day, ninety years after they were put away, Corporal Edward Shenton’s lost sketchbooks came to light. The result is The Lost Sketchbooks, A Young Artist in The Great War.

Now, thanks to The United States World War One Centennial Commission, I have the opportunity to share Ed Shenton’s wartime artwork, and the story of his time in the Army and to tell the story of how The Lost Sketchbooks came about.

The primary job of combat soldiers, whether or not they are artists, is to fight. They are trained to kill with knife, bayonet rifle or hand grenade and this is their main mission. If they have time to sketch or draw all the better for us, but they are there to further the combat mission of their unit. These are the soldier artists. War artists are there to create artworks. They may have, at one time, been combat soldiers, but their mission is to draw. During the research for Sketchbooks, I made a distinction between soldier artists and war artists and became very interested in the former. As part of this opportunity, I will be sharing stories and drawings of various soldier artists, from World War One to Afghanistan. 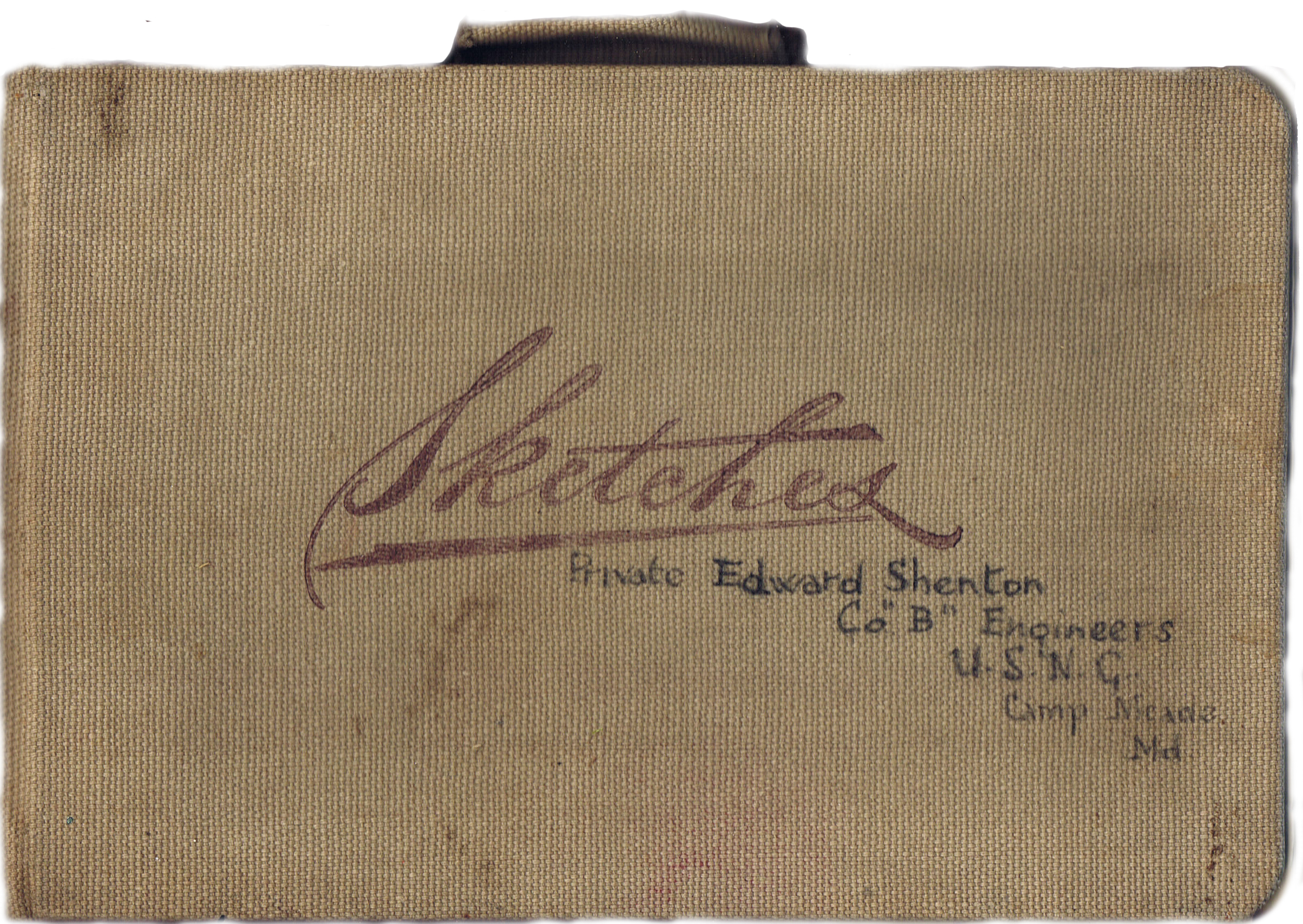