It is important to note that on his New York State World War I military service abstract, it listed that Samad was a draft deserter. He failed to report to induction by the adjutant general of New York. He was apprehended On July 25, 1918 in New Brunswick, New Jersey and was forwarded to Camp Upton, New York to start his military service.

On August 26, 1918, Private Samad and his unit departed from Hoboken, New Jersey on the ship Agamemnon for France. On June 12, 1919 Samad departed from St. Nazaire, France on the ship Princess Matoika for Camp Jackson, South Carolina.

Abdul returned to New York after the war. Private Abdul Samad died on June 17, 1938 at age of 44 and is buried at the Long Island National Cemetery in New York. 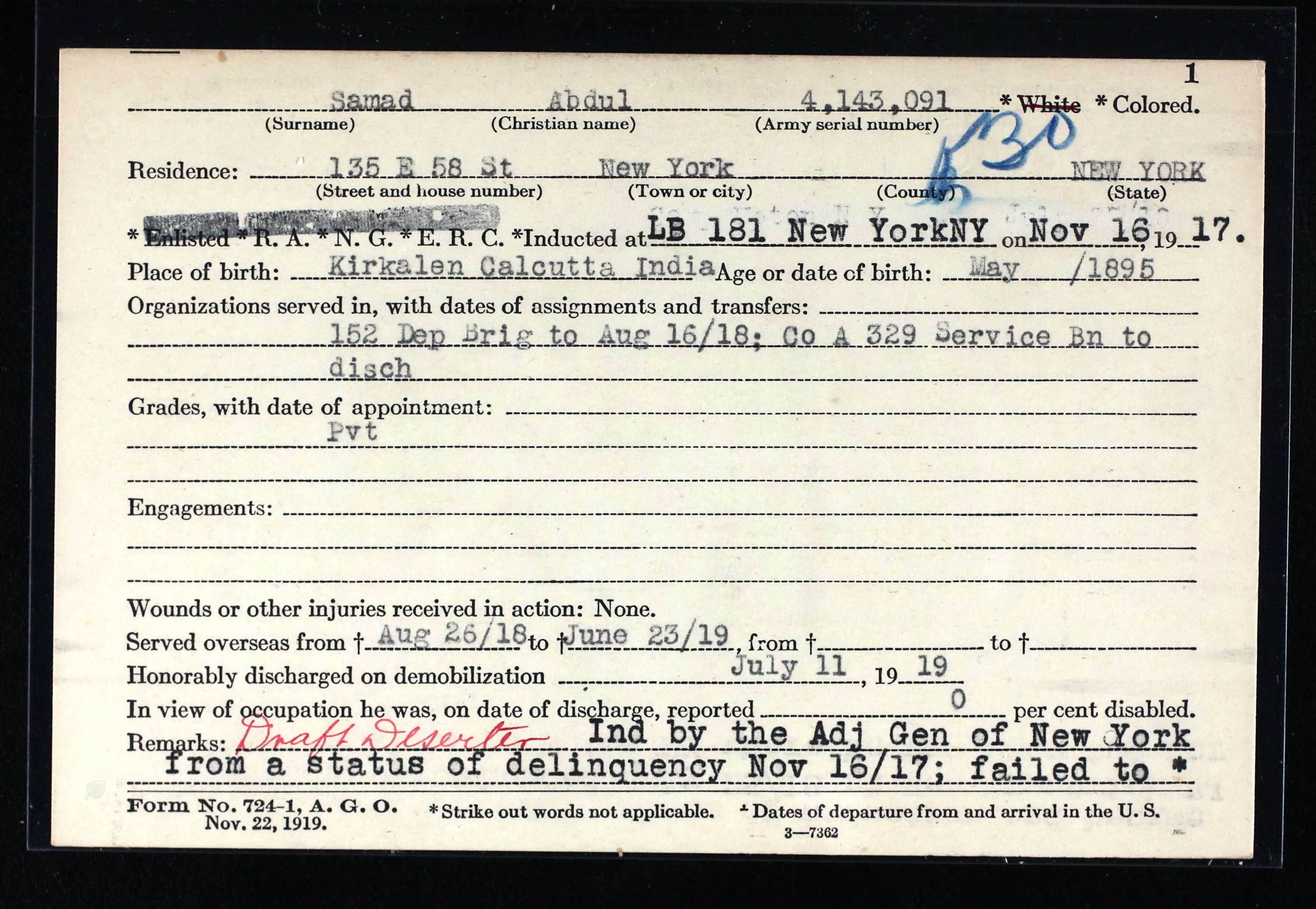 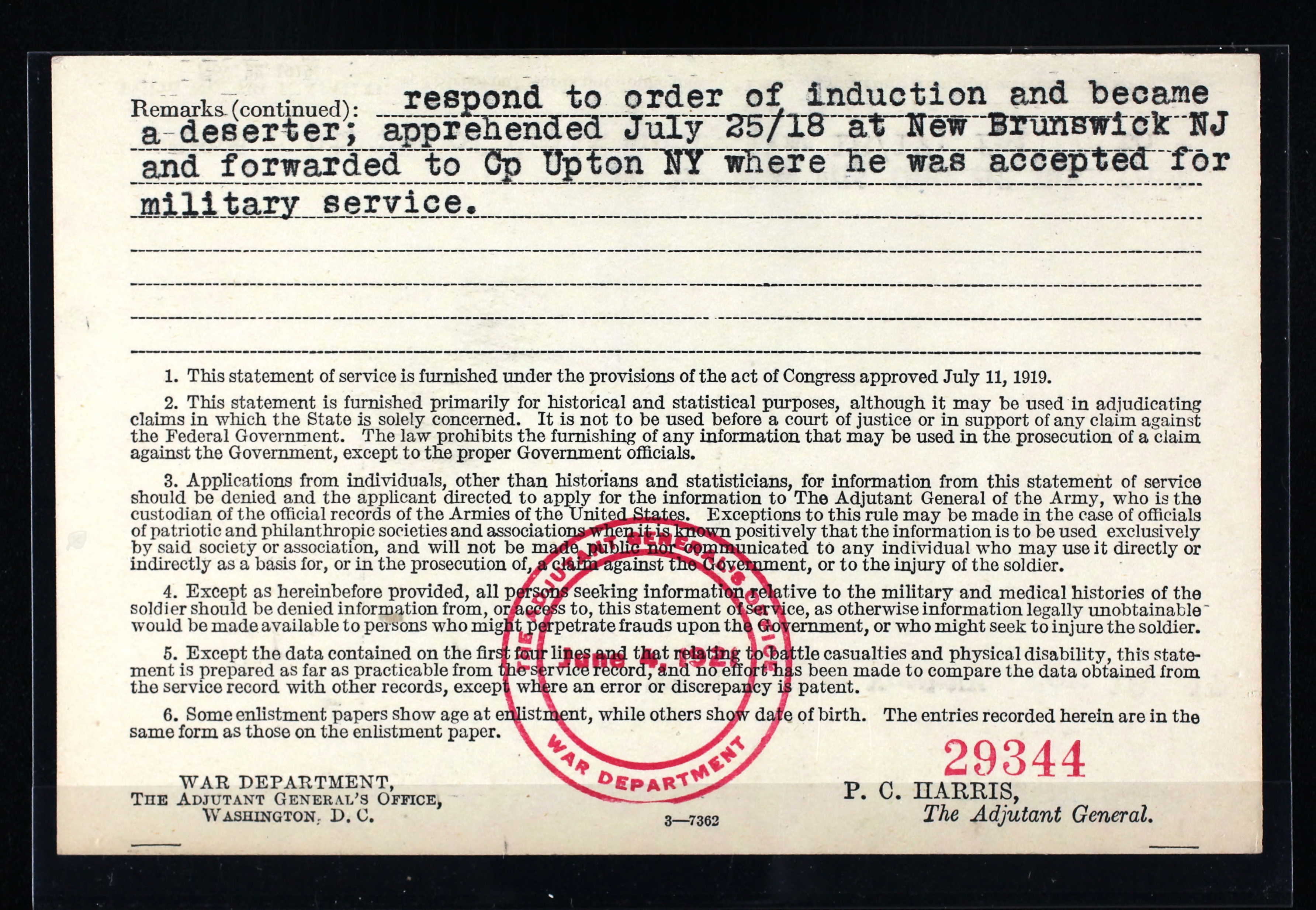