Minoo Phiroze's 1920 federal census listed his race as white, native tongue as Quechua, naturalized, and occupation as a U.S. Army soldier. He was residing in Texas during this time with the army.

Phiroze was honorably discharged on June 4, 1920 because the RA Reserves were abolished.

Minoo Phiroze returned to New York City after completing his military service. Between September 27, 1927 to July 3, 1928, Phiroze made several trips to most likely to British India. His passenger lists from this period recorded his race and birth as either Romanian or Russian.

By the 1930s, Minoo Phiroze changed his name to Ira or Iva Phiroze. On Jun 14, 1932, he married Amy McAlister in New York City. McAlister was born in Jamaica, British West Indies and was black. They lived at 319 West 138 Street in Central Harlem.

By the 1940, Ira or Iva and Amy or Annie still lived at 319 West 138 Street in Central Harlem with their kids, Harry born in 1922, Jeffery born in 1924 and Betty Low born in 1926. The family's 1940 census listed all of their races as negro or black. Ira or Iva worked at a hospital and had 4 years of high school education. His World War II draft card from October 25, 1942, listed his race as white and working for the Wood, Dolson Co., Inc, a real estate firm

Minoo or Iva or Ira Phiroze died on December 1, 1980 in New York City. 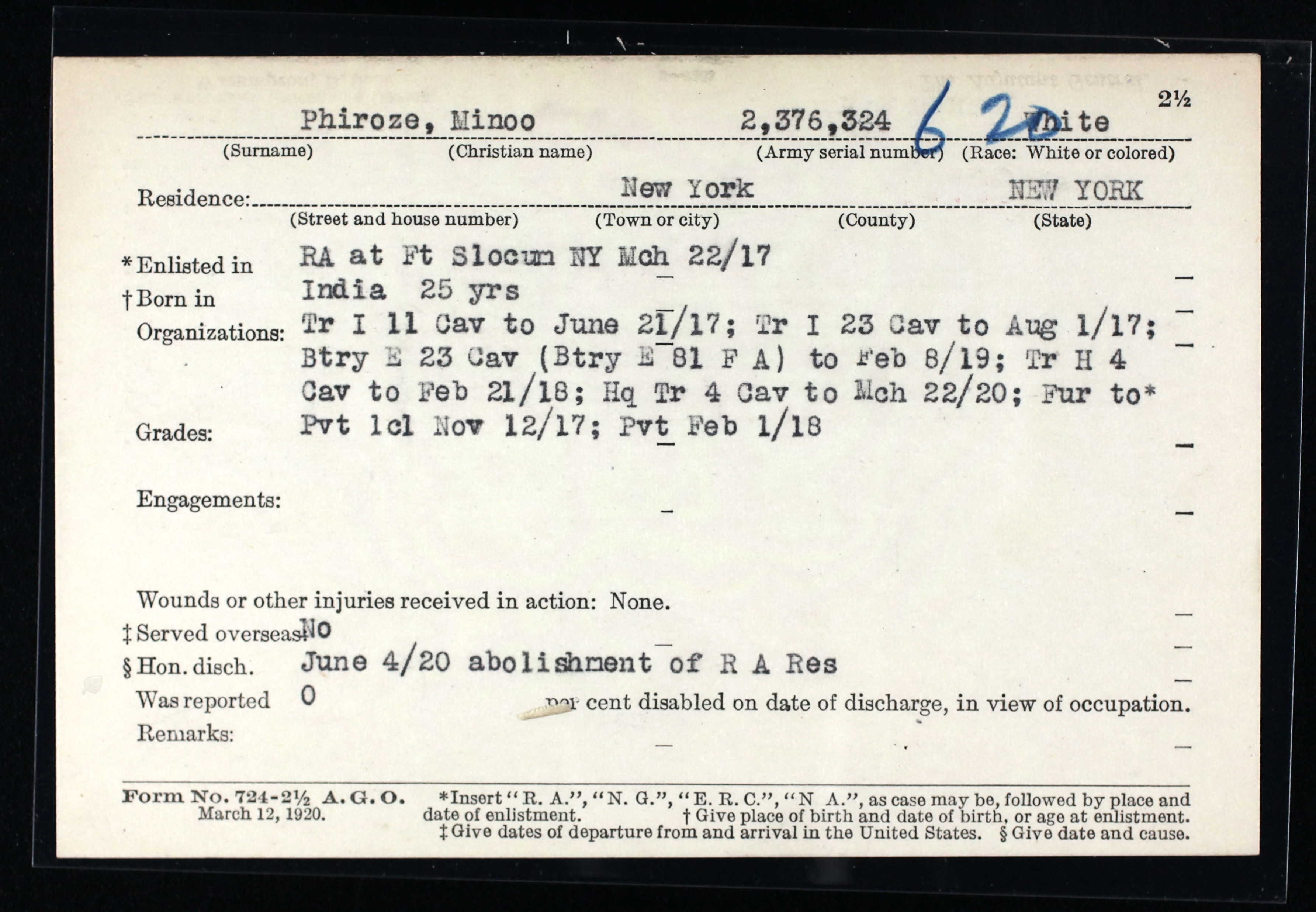 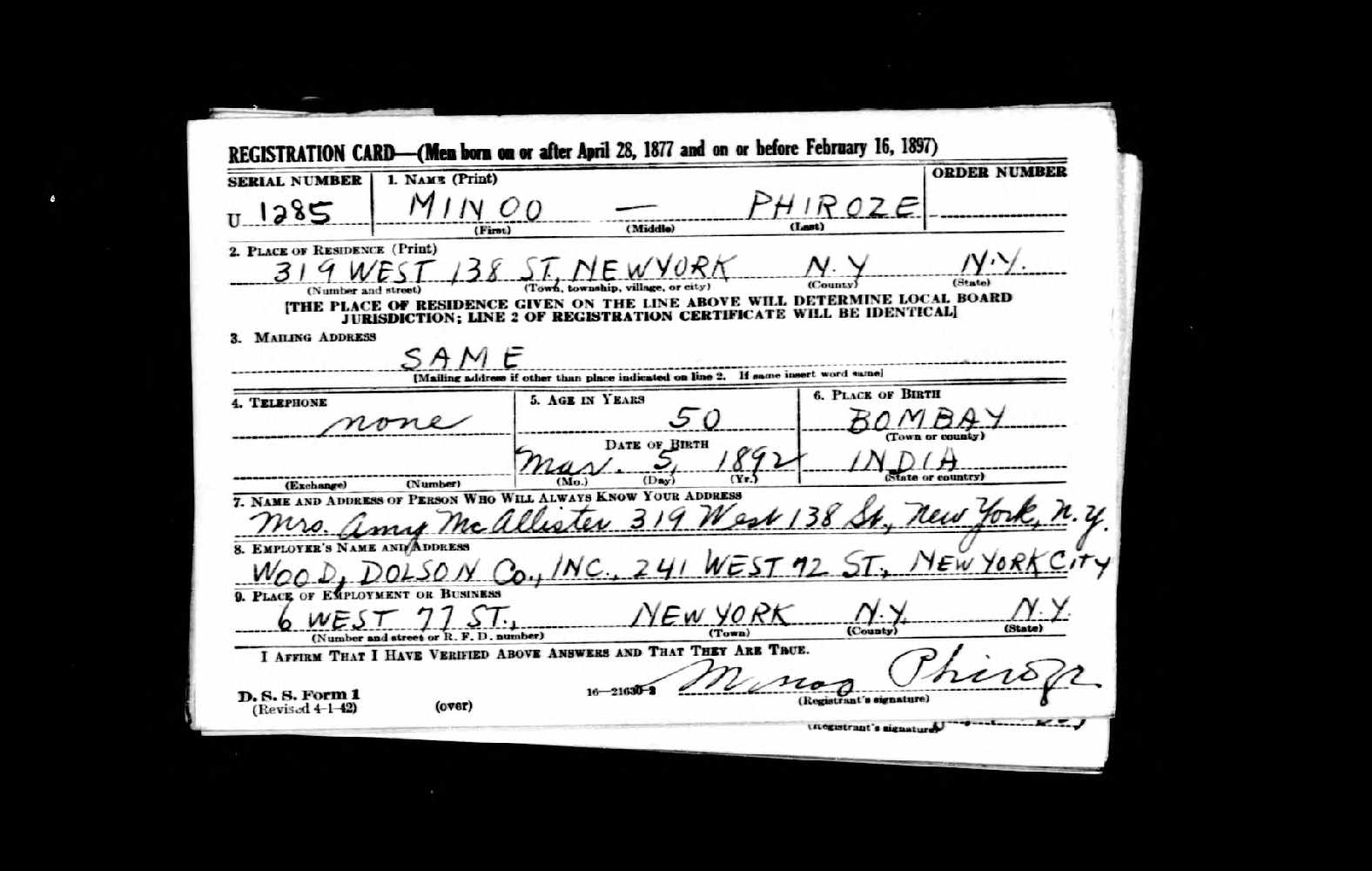 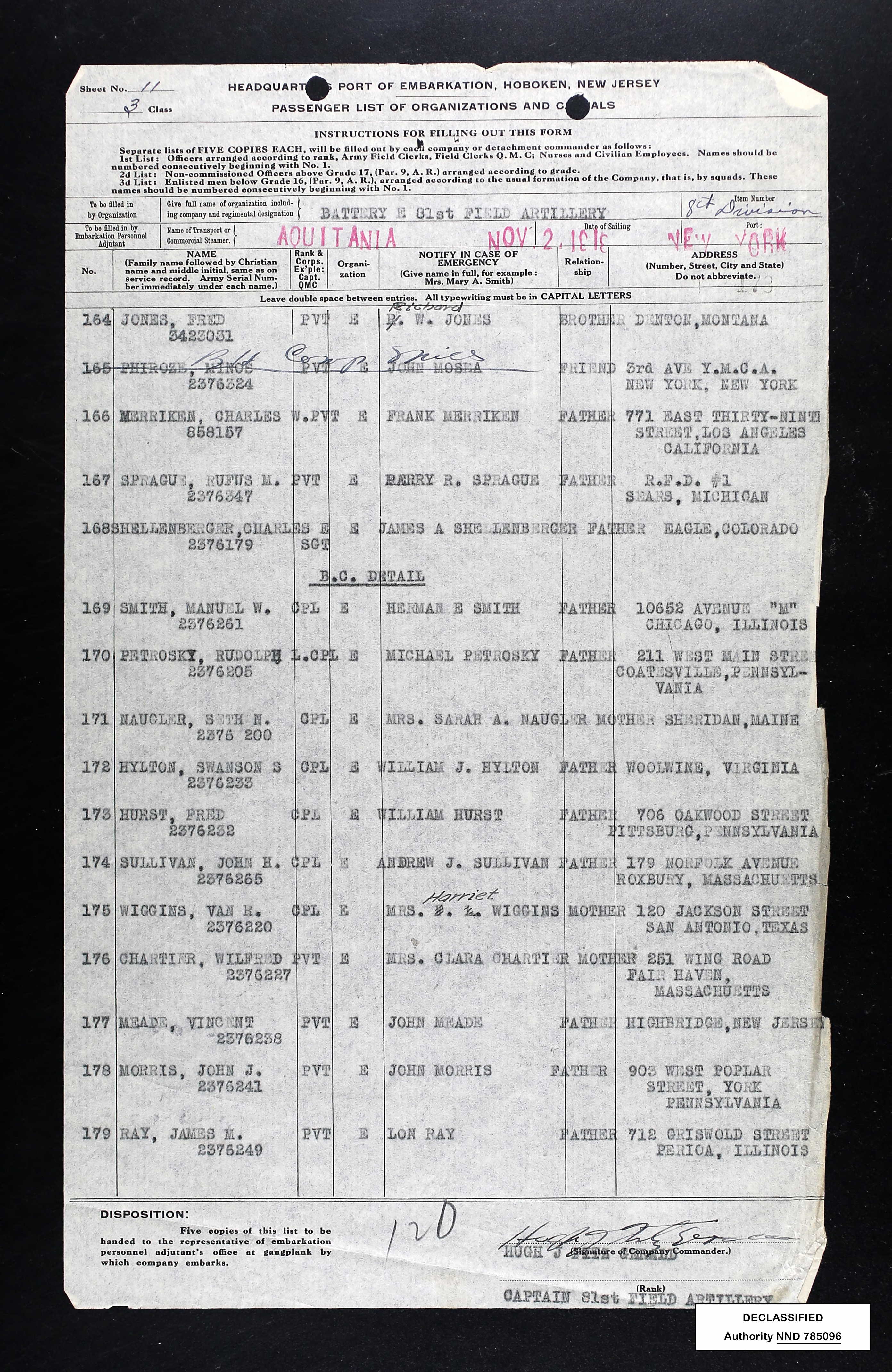