Seth Ferrell born around 1892. Seth Ferrell served in World War 1 with the United States Army. The enlistment was in 1916 and the service was completed in 1919.

Seth Ferrell (1893-1951) was from a large family that resided near Bailey in Nash County, where his father John made a living as a farmer.

Seth Ferrell served as corporal and sergeant in multiple engagements in Europe, including: Ypres, Belgium; Bellicourt Sector, Busigny, and Souplet, France. (Seth received his promotion to sergeant on November 16, 1918).

After the war, during the 30s and 40s, Seth Ferrell and his brother Thomas (also a World War I veteran) were the primary caretakers of their mother Missouri.

Seth Ferrell married Roxie Creech (also of Bailey) later in life on September 14, 1945, but he died six years later. His body is buried at the High Cemetery in Wilson, North Carolina. 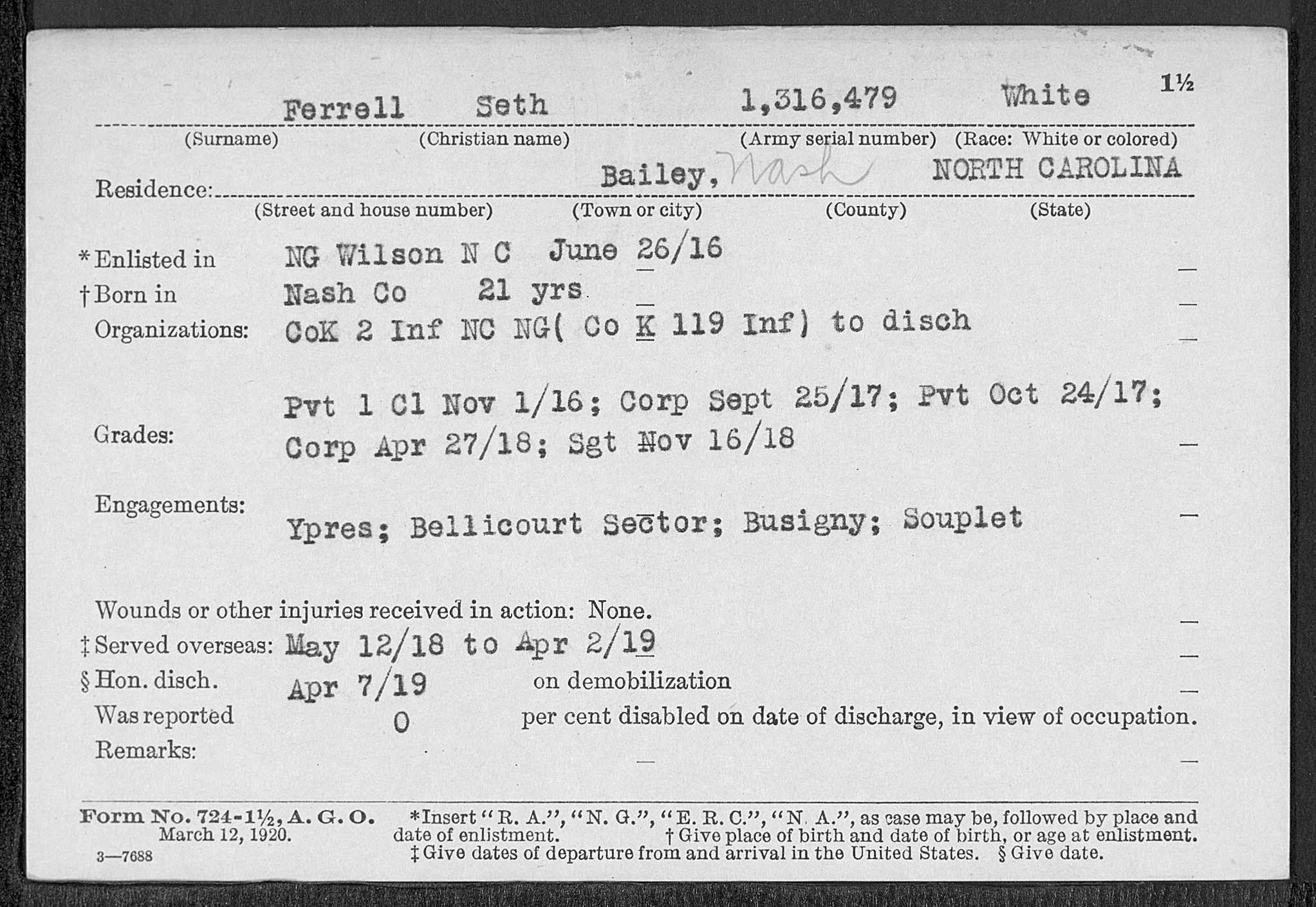 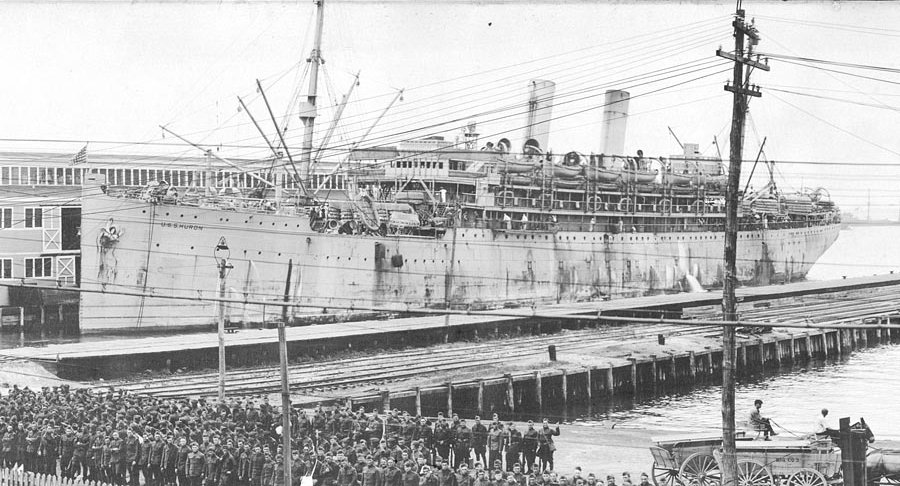