Frederick Lee Wilber born around 1895. Frederick Wilber served in World War 1 with the United States Army . The enlistment was in 1917 and the service was completed in 1919. 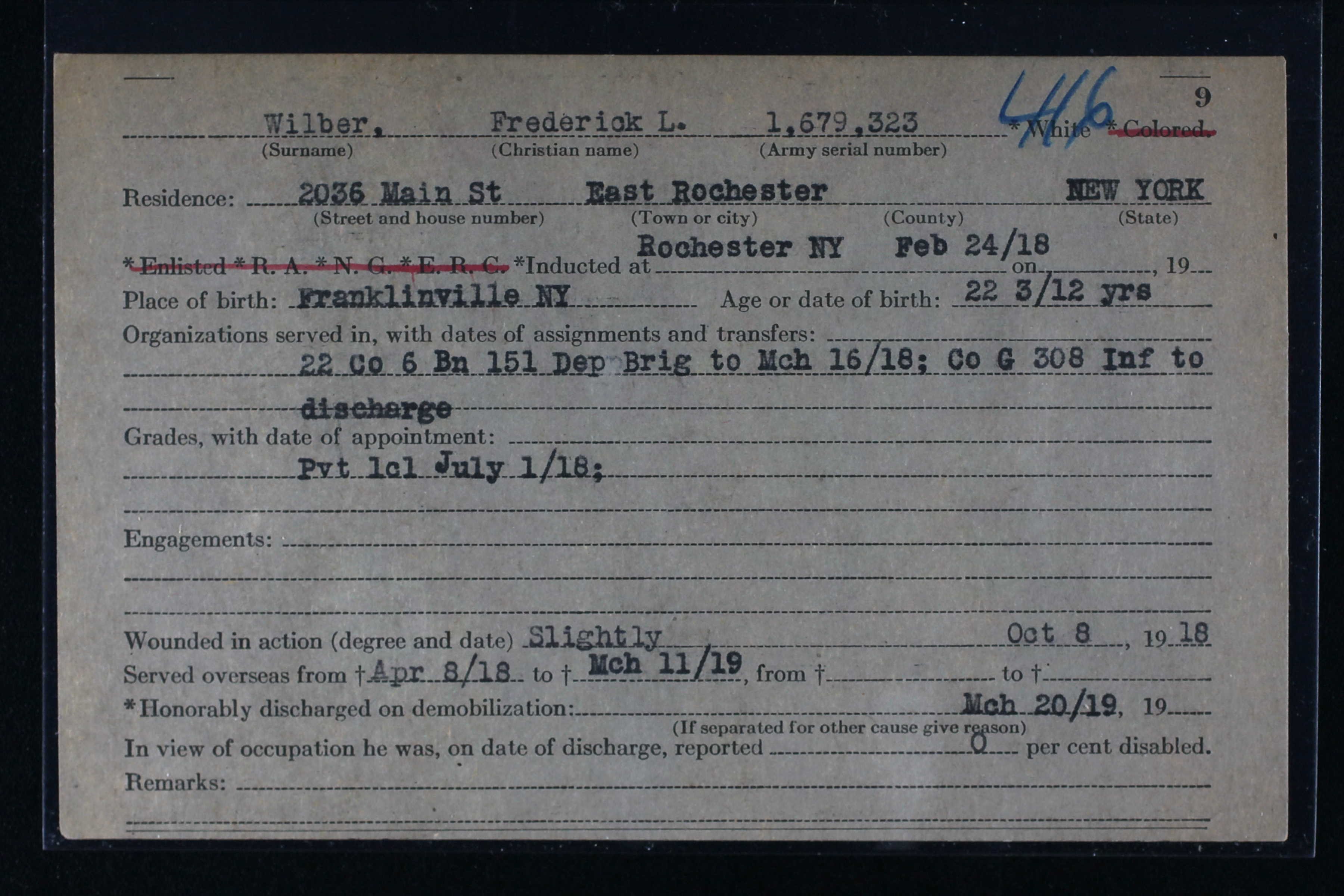