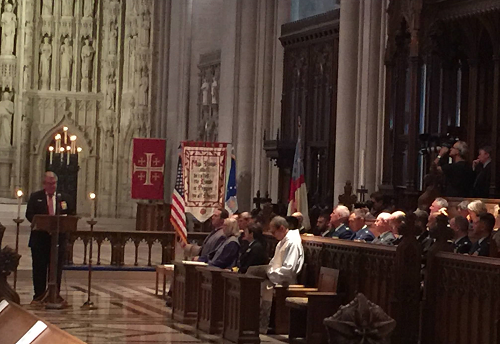 Norman Prince, a trained pilot and a graduate of Harvard University, was one of seven founding members of the Lafayette Escadrille, and he flew dozens of air combat missions in support of the Allied Forces. During a combat mission on October 12th, 1916, Norman’s aircraft was involved in a crash, and Prince died as a result of his injuries on October 15th 1916.

After the memorial ceremony, a small reception was held in the Perry Auditorium within the Cathedral.

Several high profile people attended the event including two WW1CC Commissioners, representatives from the Embassy of France, descendants of Norman Prince, a descendant of Alvin York, descendants of other members of the Escadrille, and senior military officials from the U.S. Air Force, U.S Navy, and U.S. Air National Guard. 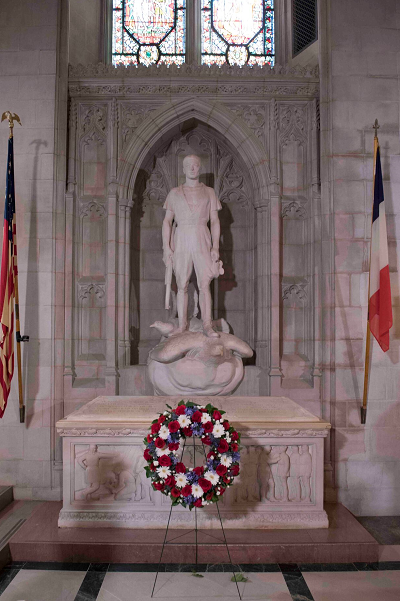 Norman Prince's crypt at the National Cathedral, after the ceremony. 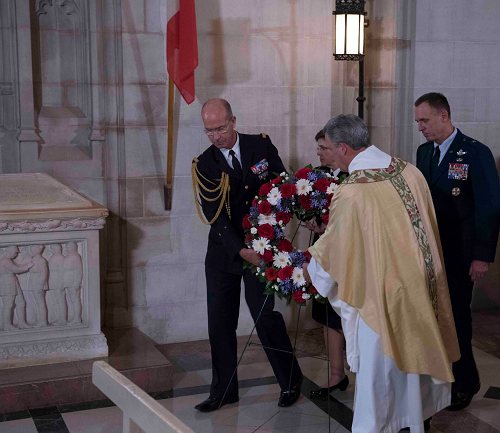 Representatives from the National Cathedral, the Embassy of France, and the U.S. Defense Department conduct a wreath-laying ceremony at the crypt of World War I aviation hero, Norman Prince, at the ceremony marking the centennial of his death. 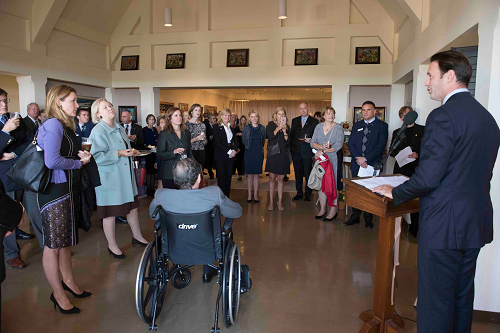