Hamby sworn as new Commissioner for the U.S. World War One Centennial Commission

WASHINGTON, DC—The United States World War One Centennial Commission has a new commissioner, Mr. Terry Hamby, who was appointed by Senate Majority Leader, Senator Mitch McConnell. He was officially sworn in as a Commissioner at the Commission offices in Washington on Wednesday, 14 December 2016. 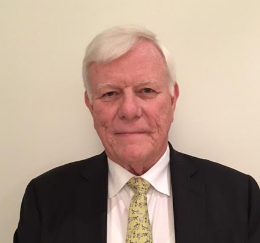 Mr. Hamby is a veteran of the Vietnam War. During the War he served as a member of the Naval Air Wing. After the war he served in the U.S. Army reserves until he retired in 1993. Mr. Hamby is also a businessman, and was founder and CEO of BMAR & Associates, which provides services to the Department of Defense.

Centennial Commission Chair Robert Dalessandro welcomed the new appointee. “This is great news for us. Mr. Hamby comes to our commission with decades of public service, along with significant skills in leadership and management. We are very pleased to be joined by Commissioner Hamby in our efforts to tell the World War One story”. 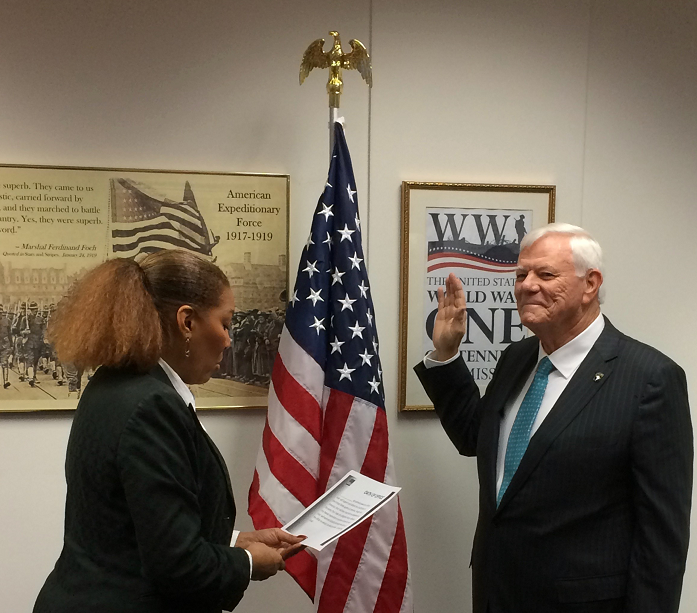 New Commissioner Terry Hamby (right) is sworn in by Kay Laporte of the General Services Administration.