Editor's note: Jed Dunham is a former student & athlete at Kansas State University. He created a remarkable project, 48 FALLEN / 48 FOUND, to honor World War I veterans from his school. His story is unique, and he gave us a rundown on his project, in his own words.

My name is Jed Dunham and I am a 1996 graduate of Kansas State University. In the fall of 2014 I returned to Manhattan, Kansas to attend a lacrosse reunion and as I entered the stadium where I had played a "thousand times" I took a photograph of the plaque which honors the 48 students from Kansas State who had died in the First World War. The stadium is named Memorial Stadium but I and many, many others simply referred to it as "Old Stadium" after the football team vacated it in 1967 for the new stadium north of campus. 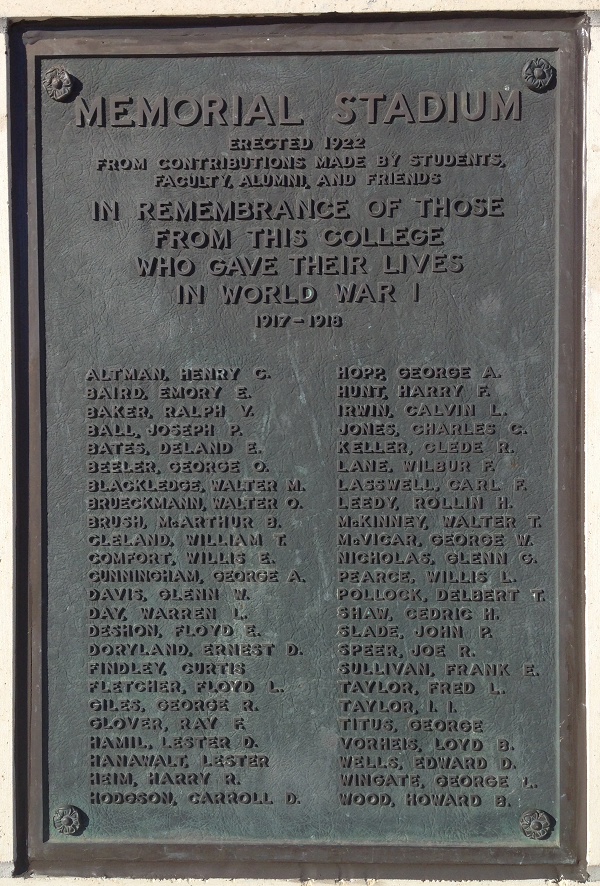 With the World War Centennial already happening I was interested in how the war impacted America and in particular how memorials had affected the landscape of the country in the wake of the Armistice. I had become aware of Mark Levitch's WWI Memorial Inventory Project and that was a factor in my renewed interest for the WWI memorial on the KSU campus.

How The Research Was Done:

I returned to New Hampshire where I am from and after looking through the photos from the reunion weekend I stopped at the one with the plaque. I wondered who these men were and thought for certain all my questions would be answered with a simple Google search.

This was not the case.

They had all vanished. Nothing remained of them to describe who they had been and what had happened to them. Each name was dropped into multiple websites and search engines but nothing hit. They were gone. And thus began my odyssey. The plaque itself says "In remembrance of those..." and yet there was nothing to found.

After a "long process" I was able to find a peripheral source through an online archive and the discovery of the 1919 Royal Purple, the college year book, gave me the first clues as to who they may have been. Further searches found the story of how the stadium came to be and in the 1923 edition, dedicated to the Fallen, I found a page with home towns, dates of birth and death and in some cases the military units they belonged to. This broke the case and with these clues I was able to unravel the mystery.

What surfaced is the never before told story of the American experience in the First World War told through the eyes of those who saw it. It's a chronological evolution of how the country entered the war and what happened as a result. These men served in all branches, across every front and through every battle. Through them we feel the arrival of the Influenza virus at Camp Funston where many of them trained. And as they died they tell us how the war unfolded. Slowly at first and then with dramatic speed and horror.

My Connection To The 48 Fallen: 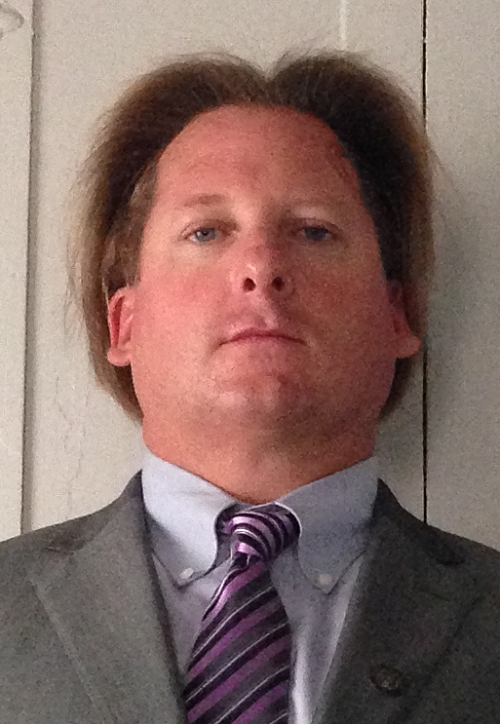 Jed DunhamMy connection to them begins with our shared alma mater but expands as I discovered how little we remember of the war as Americans. To that end, I am connected to them as Americans and I feel they are telling us a story which we promised to remember and through them, we are now able to fulfill that obligation.


Who Were These People:

The 48 Fallen tell an amazing story. One was an athletic hero and campus celebrity before he went to war. His war was followed by many through letters and the stories published in the college paper. When he was killed it struck the entire community with a deep blow.

Another was a founding member of the First Division and his story gives us the story of the Big Red One and the foundation of the modern American military. He was a witness to nearly every major event from the outbreak of the war until he was killed at Soissons where he received a posthumous Distinguished Service Cross.

One man went to Russia and fought alongside the Japanese during the Russian Revolution. Another was killed playing football in Hawaii. The Marine earned a Silver Star Citation at Belleau Woods but has yet to receive his Silver Star. One's experience as a large animal veterinarian shows us what it was like to tend to the animals of the Great War while another gives us an insight of how young men became pilots in an era before flight became standard.

Each of the 48 tells a new story. We see the induction cards arrive in the mail on the farmhouse porches and the enormous training centers which sprang up overnight. We see the year long training and the journey to Hoboken for the Atlantic crossing and the build up through the Meuse Argonne and the singular day of death which slaughtered entire units and left the survivors with a lifetime of mental trauma.

I can go on. What the 48 Fallen have given us is a national treasure. They have a story to tell and it feels as though they are reaching from beyond the grave to pull our sleeve and share with us a part of our past which we have forgotten. 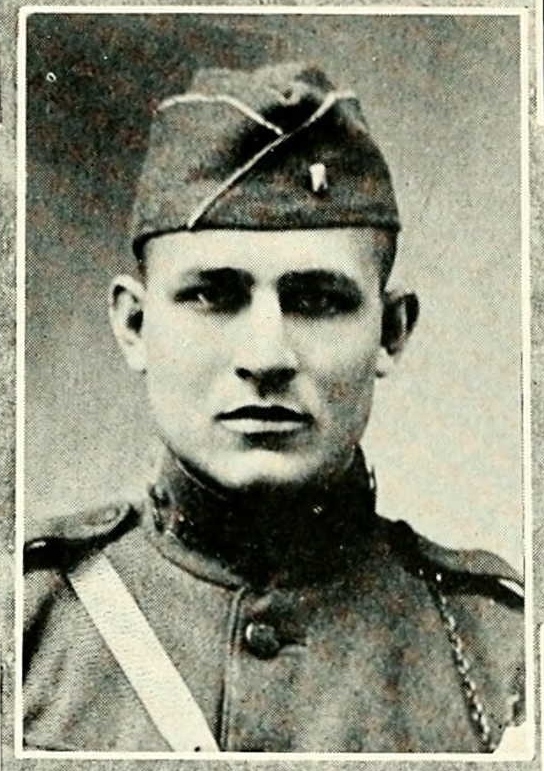 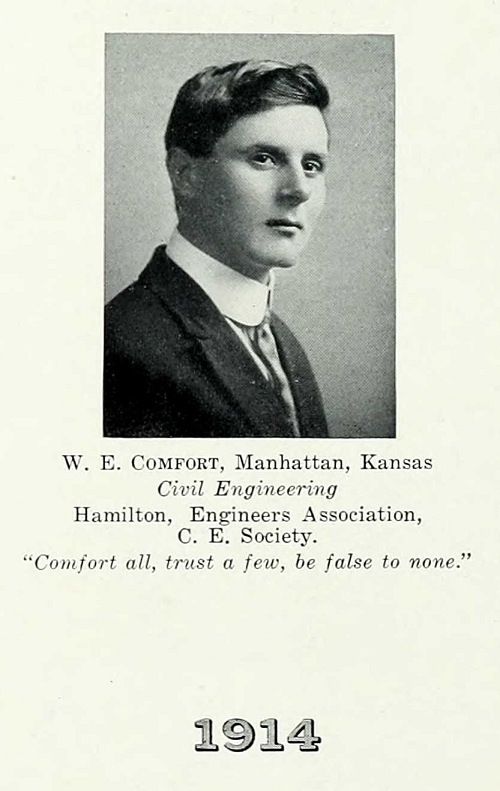 Captain Willis Comfort, KIA July 18, 1918 at Soissons...taken from the 1914 KSAC Royal Purple yearbook. Captain Comfort was a founding member of the First Division.