By Commissioner Monique Seefried
via The Atlanta Journal-Constitution

As a French-born woman, I always felt a debt of gratitude to the United States. It is a gratitude shared by generations of Europeans who still remember the Americans as our liberators in two World Wars. I was raised on stories of American generosity. I read about the American volunteers who served in World War I. I know about the American Hospital in Paris and its ambulance drivers. When I immigrated to Atlanta to begin my new life as an American, I was shocked and dismayed by how little those in the U.S. knew about what their country had achieved during the first of those World Wars. U.S. intervention in World War I is perhaps this country’s greatest contribution to world peace. 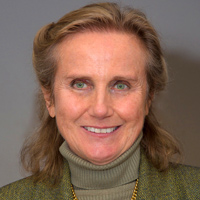 When President Woodrow Wilson signed the declaration of war on April 6, 1917, Americans united in a way they never had before. In less than two years, the U.S. military grew from less than 200,000 troops to four and a half million. More than two million Americans were serving in France on November 11, 1918. Small-town farmers and Ivy League scholars enlisted. Women joined the ranks for the first time. Native Americans signed up at twice the rate of any other segment of the population. African-Americans comprised storied units such as the 369th Infantry Regiment. And 18 percent of the Americans who served were born in foreign countries.

At the outset of the war, the U.S. had few airplanes or guns, and no tanks or gas masks. Undeterred, the government expended more resources in two years than it had in the country’s first 141 years. Steel production increased by eight times. Two million Americans were put to work in industrial jobs to handle the surge.

America mobilized with an efficiency and effectiveness that surprised the world, helping bring an end to autocratic regimes across Europe. Sadly, it came at a terrible cost. In six months of combat, the U.S. lost more than 116,000 service members, a toll higher than the number of Americans lost in the Korean and Vietnam Wars combined.

Read the whole editorial on the Atlanta Journal-Constitution web site: