COLLEGE STATION — In honor of the 100th anniversary of the U.S. entrance into World War I, the Junior Master Gardener program is partnering with the U.S. World War One Centennial Commission’s Poppy Seed Program to raise money for a new National World War I Memorial in Washington, D.C. 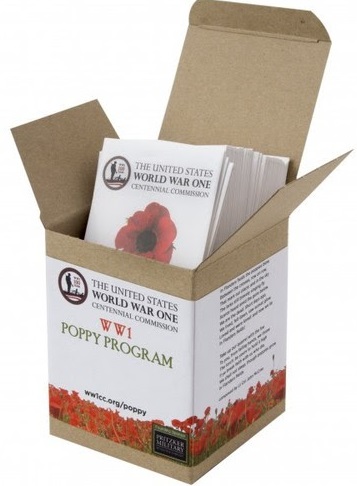 JMG programs across the country can purchase the WW1CC Poppy Seed packets and sell them within their local communities to help honor the 4.7 million Americans who fought during WWI, according to Lisa Whittlesey of College Station, program coordinator for the International Junior Master Gardener Program, administered by the Texas A&M AgriLife Extension Service.

Poppies grew across the war-torn battlefields of Europe after World War I and became a symbol first of soldiers who died there and later of all fallen veterans. From 2017 to 2019, the U.S. World War I Centennial Commission will coordinate events and activities commemorating the Centennial of the war.

For a donation of $64.99, WW1CC provides “Poppy Seed Kits” of 60 packets. At the recommended selling price of $2 per packet, each kit would generate $55 for the local JMG program, as well as raise funds and awareness for the National World War I Memorial, she said.

“A pillar of the Junior Master Gardener Program certification is for youth to serve others through service learning programs,” Whittlesey said. “This project allows youths to learn about veterans who served their country in WW1, while also honoring them through raising funds to support building the national memorial. Learning by doing in such a personal way makes this such a meaningful project for our youth.”

Representatives from four winning groups/schools will be invited to an all-expense paid trip to attend the groundbreaking of the National WWI Memorial in Washington, D.C. in November. To be eligible to win, groups must sell a minimum of 50 WW1-JMG Poppy Seed Kits.

Read the entire article on the AgriLife web site here.