Our friend Mark Wilkins is a historian, writer, museum professional, and master model-maker. He is serving as historical consultant and producer of aerial effects for an upcoming feature documentary on the Lafayette Escadrille. Mark recently created a story for AIR & SPACE Magazine, entitled "The Dark Side of Glory: An early glimpse of PTSD". The article found remarkable evidence of PTSD in the letters of World War I aces. He talked to us about the piece, and about what he discovered.

Tell us about your article in AIR & SPACE. 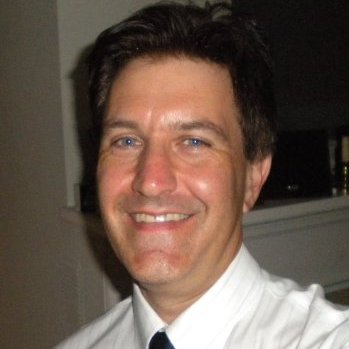 Mark WilkinsThe article chronicles the psychological impact of aerial combat during WWI. The rise of the “ace” is discussed and contrasted with the reality of combat flying. Five pilots are profiled, and each suffered in a slightly different way—some were forthright about their fears—such as Udet; others like Lambert repressed them causing devastating black outs. The notion that men had a limited amount of emotional capital and courage is explored, and the notion that when these men confronted their humanity—they suffered grievously, leading to the paradoxical sentiment that one must not be concerned about the men that one killed—if only it were that simple. Each man’s humanity caught up with him eventually, and these men were forever transformed from their experiences—how could you not be?

How did you become interested in this topic? Do you have a personal connection to WWI?

I’ve always been interested in aviation, maritime, and general history. During graduate school I really became interested in WWI—I had a great professor, Charles Maier, who really brought the subject to life—socially, politically, militarily, and spiritually (he explored the art and literature of the period as well). Something about this dynamic period resonated with me. After that I was hooked on WWI history.

I began writing an historical fiction novel on WWI flying, and a host of article and book ideas followed. Perhaps what interests me the most about historical events are the psychological motivations for why people behaved the way they did in various circumstances. For example, for a nuanced and very incisive article on the origins of WWI Samuel R. Williamson Jr.’s article “The Origins of World War I” explores the notion that one man may have been responsible for the outbreak—Conrad Von Hotzendorf, chief of the General Staff of the Austro-Hungarian Army and Navy.(Journal of Interdisciplinary History, Vol. 18, No. 4, Spring, 1988).

Conrad was set on war and had numerous opportunities to halt the escalation—why didn’t he? He wanted to win the hand of a girl—Gina von Reininghaus. He thought: “If war comes and I am a hero, then I can marry Gina.” He got his war and a year later his bride. Williamson writes that this event “ raises in stark relief the role of the individual in history.” I find this fascinating—that many historical events may seem inevitable, but if they are studied closely enough—the outcomes at the time were far from certain and often hinged on one or two people.

What will be in your upcoming book? How does the magazine article compare to the material that you are including in your book?

The magazine article is a very abridged version of the book. The editors at Air & Space did a superb job in trimming down what was an extensive academic text, into something very readable which reached the target length and appealed to a broad audience. The fact that I had such a long tract gave me the idea for a book—which will be published by Pen &Sword in the UK. The book will delve into each of the case studies in the book in greater detail, adding commentary and context to many of the pilots first hand recollections, plus a few more—such as Georges Guynemer and perhaps Eddie Rickenbacker. In addition, the climate of the times will be explored relative to psychological suffering, as well as the military’s struggle to ascertain how best to deal with these ‘walking wounded.’ Initially, shell shock was viewed as a physiological condition—later this was morphed to define it as psychological, as the end result was that with some treatment, fighting men could be returned to the trenches or the cockpit.

What have you learned & hope the reader will learn? What are the significant takeaways there are for us in the 21st Century, from examining these fliers’ experiences in the Great War?

Looking at the history of wars in the 20th century its axiomatic that advances in technology always lead advances in wisdom—especially with WWI. There has always been a great to desire to create something without thinking through the long range consequences (emphasizing the ‘can we’ rather than the ‘should we’)--for every peacetime invention bears the specter of military application; look at the splitting of the atom for example. In WWI, all manner of toxic gases (chlorine, phosgene, and mustard) were used, epic calibers of artillery, zeppelins raining down death from above, and so forth. Controlled powered flight was barely ten years old and little time was wasted in using it for military purposes.

I am in awe of what these fliers did and have the utmost respect and admiration for their efforts to create airpower; which was the result at the end of the war. Moreover, whether they suffered or not—they were all heroes as soon as they put themselves in harms way; plain and simple—what was true then is true for today.