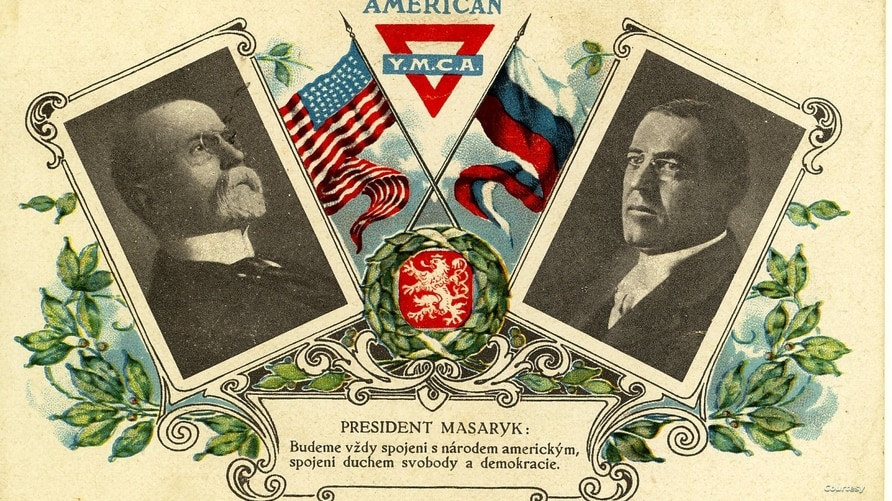 By Natalie Liu
Via the Voice of America web site

WASHINGTON - The legacy of former U.S. president Thomas Woodrow Wilson is going through a harsh re-examination by supporters of the Black Lives Matter movement in the United States, but in at least one country abroad, his place in history is undisputed.

Wilson, who occupied the White House from 1913 to 1921, “is being criticized for his allegedly racist views as far as I know,” said Zdenek Beranek, the Czech Republic’s second-ranking diplomat in Washington.

The Czech people do not approve of any form of racism, Beranek said in an interview with VOA, but “we appreciate what he did for our nation. … Wilson invested his political capital to the independence of my country.”

Wilson, known internationally for his role in reshaping world affairs after World War I, has recently come under scrutiny amid a national movement to remove statues of Confederate generals and other historic leaders accused of having owned slaves or supported racial segregation.

Princeton University, one of America’s leading educational institutions, recently removed his name from its school of public policy because of his support for segregationist policies. In a sign of how problematic his legacy has become, the governor of New Jersey has decided to not sit behind a desk used by Wilson when he held that office.

Wilson, described by some as the most highly educated of all American presidents, served as a professor for many years before rising to become president of Princeton, then governor of New Jersey and then president of the United States.

Until recently, he was best known for his handling of the presidency during the First World War — a period that saw the rise of the United States as a political and military power. In January 1918, as the war was drawing to a close, Wilson announced the Fourteen Points and laid the foundation for the Treaty of Versailles, which ended the war.

During the war years, he was influenced by the entreaties of Czech exile Tomas G. Masaryk, a fellow academician-turned-politician who, with Wilson’s crucial help, would go on to help establish the new country of Czechoslovakia and become its first president.

Wilson is said to have been deeply moved when he learned that a document drafted by Masaryk and other leading figures to proclaim the right of the Czech and Slovak peoples to self-governance was modeled after the American Declaration of Independence.

“You could say our very independence was declared on American soil,” Beranek said.

Read the entire article on the Voice of America web site.