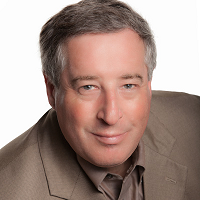 Historian Mitch Yockelson’s new book, Forty-Seven Days: How Pershing’s Warriors Came of Age to Defeat the German Army, was released March 1 this year, and the author is now going around the country promoting the book.

Telling the story of how the inexperienced American army of World War One under General Pershing became a formidable opponent to the better-trained German army, Yockelson discusses the critical time frame of September 26 to November 11, 1918 and examines major characters of the American narrative - Pershing, MacArthur, Patton, Truman - and in doing so creates a book that elucidates an important chapter of our collective history.

Yockelson’s book tour began March 4 in Annapolis, and has events scheduled through June. A portion of the proceeds will go the World War 1 Centennial Commission, who is responsible for the construction of the recently announced National World War 1 Memorial in Washington D.C.’s Pershing Park.

Yockelson is a member of the Historical Advisory Board for the U.S. World War One Centennial Commission.

Please look through the listing below to see when Mitch Yockelson’s book tour will be coming near you!