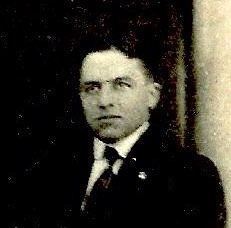 MARCELL BENJAMIN THIRY was born on October 6, 1888 in Marion Township, Hancock County, Ohio to Nicholas and Julie Thiry. Like so many other Americans, Ben signed up for the Selective Service on June 5, 1917. He was 28 years old at the time putting him at the older age bracket of the first registration. When he was called into military service on April 26, 1918, he was working as an axle assembler for the Adam Axle Company. He was a loyal Roman Catholic serving as a Knight of Columbus in Leo Council 957. He entered service from Findlay, Ohio and reported to 30th Company, 8th Training Battalion, 158th Depot Brigade at Camp Sherman in Chillicothe, Ohio.

On May 2, 1918, Private Thiry was assigned to Company M, 332d Infantry Regiment. The Regiment had been training together since the autumn of 1917, but Private Thiry was one of those men who were brought in to fill the ranks of the Regiment before they shipped out. Private Thiry would only have three weeks to be trained! Having filled out its required numbers, the Regiment departed for the overseas staging point, Camp Merritt, New Jersey on May 24, 1918. After all arrangements were complete, the Regiment, the 83rd Division Headquarters, and 2000 men of medical units sailed for England on June 8, 1918 aboard the great passenger liner HMS Aquitaine arriving in Liverpool, England on June 15, 1918. They quickly moved by train to Southampton where they were shipped by cattle boat, France on the June 17th, to the port of La Havre. Company M then moved to a Training Area near Essey les Eaux to prepare for their service on the Western Front, but they soon learned that they were to be sent to the Italian Front instead.

The 332d Infantry was transferred from the 83d Division to the US Military Mission in Italy, departing by train on July 25th, they arrived in Villafranca, in Asti, Italy on July 27, 1918. Private Thiry participated in the training there and moved with the Regiment to its tent campground outside of Vallegio for advance combat training conducted by the 23rd Assault Battalion of Arditti (Italian) under the command of Major Allegretti. From here, Company M, along with the other companies of the Third Battalion; the First Battalion; and the Headquarters moved to their forward operating base in Treviso, not far from the Piave River Front Lines. The Second Battalion had been on the Front Lines, but it rejoined the Regiment at Treviso. While here, the Regiment conducted a major deception operation known as the “Hikes” which included Private Thiry. This lead to combat operations that began on October 24th with the breeching of the Austro-Hungarian Lines followed by the insertion of the 332nd as the Tenth Army’s Vanguard. The 3-day long foot race lead to the Tagliamento River where an Austrian Rear Guard was waiting to confront the Regiment. On November 4th, the Second Battalion infiltrated across river with Private Thiry’s Third Battalion providing support from the far riverbank. Second Battalion fought the final battle on the Italian Front beginning at 5:00 AM on November 4th. It was a complete rout of the Austrians. The Austro-Hungarian Armistice went into effect that afternoon at 4:00 PM. Beginning on the 6th, the Regiment continued on towards Austria-Hungary with the intent of entering Germany’s back door; they got as far as Cormons before the German Armistice took affect on November 11th.

Cormons was full of civilians dying of the Influenza, Private Marcell Benjamin Thiry contracted this disease there and was taken to a Field Hospital which had been set up in Udine, Italy; he died on November 15, 1918. Family history tells that, back in Ohio, my Grandmother/ Ben’s sister, Mary Louise (Thiry) Wittkofski bolted up in her bed in the early hours of November 15th; she exclaimed, “Ben’s dead!” My Grandfather tried to reassure her that the war was over and not to worry. Shortly, thereafter, a telegram arrived at Ben’s home telling his parents that Ben had died of pneumonia. In 1921, Julie Thiry opted to have her son returned from overseas; he is buried in St. Michael Cemetery, the Thiry Family Plot, in Findlay, Ohio. 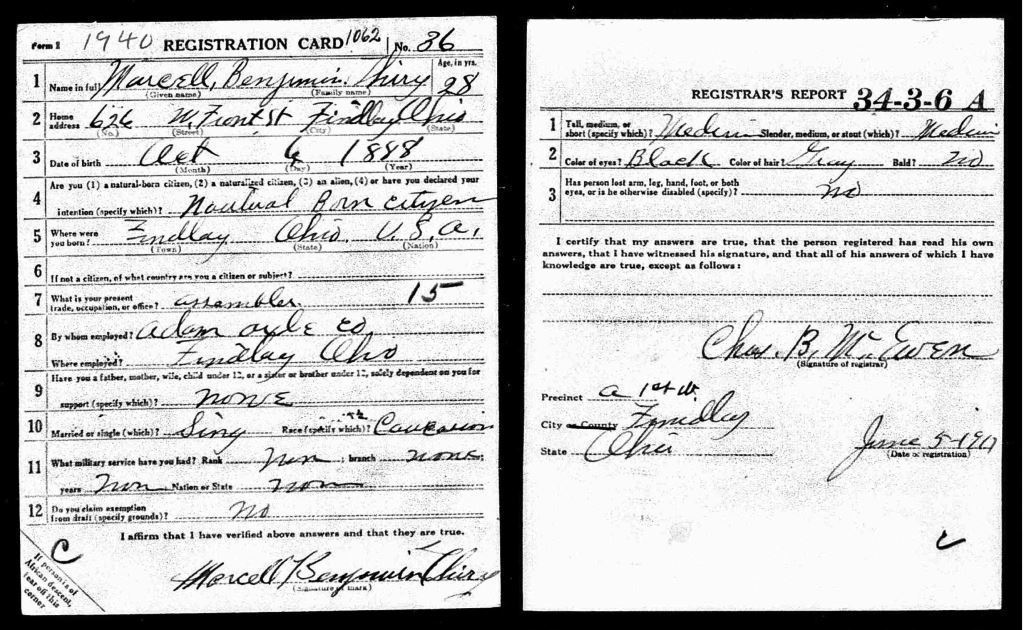