BAHL James, from Wooster (Ohio), first lieutenant signal Corps (American Army).
In the afternoon of October 27th 1918, during offensive action, in a Caproni aircraft, was attacked by 5 enemy fighter aircraft; a long and harsh battle, in which the attacked turned into an attacker. Two of the adversaries were downed by reliable shooting of the encircled plane, in which he continued to fight,even amid the flames, until, surrounded and overwhelmed by the strong core of enemies, the entire courageous crew fell to their death- Cielo di Vittorio Veneto, 27 October 1918.  ( Ministro di Guerra Bollettino Ufficiale dispensa 78a, 1919, 5 septembre. page 4929 ) 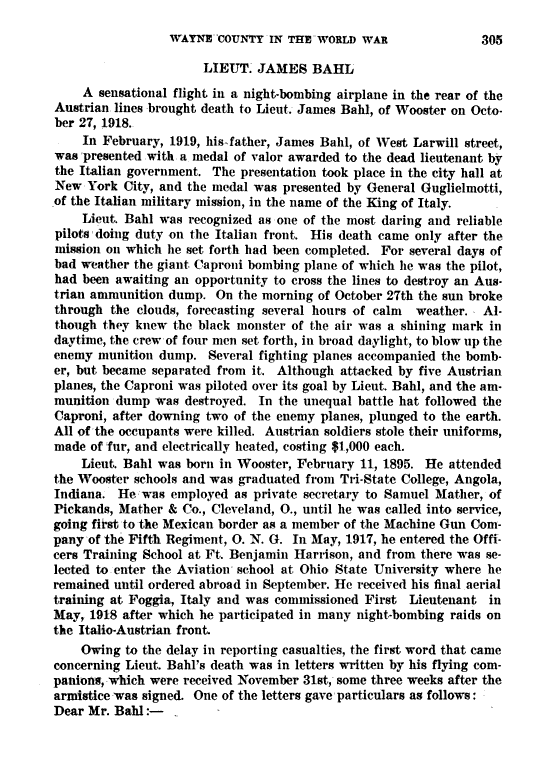 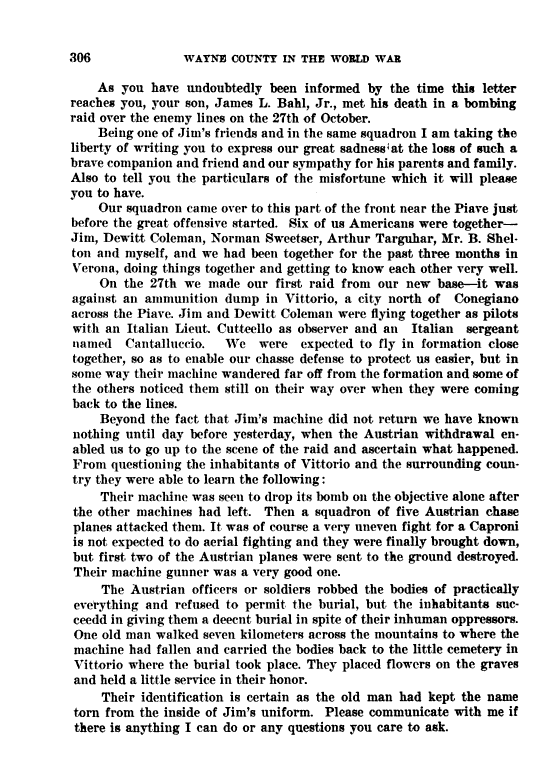 Hauenstein, Edward H. A History of Wayne County in the World War and in the Wars of the Past. Wooster, Ohio: Wayne County History Co, 1919. Print. pp305-7 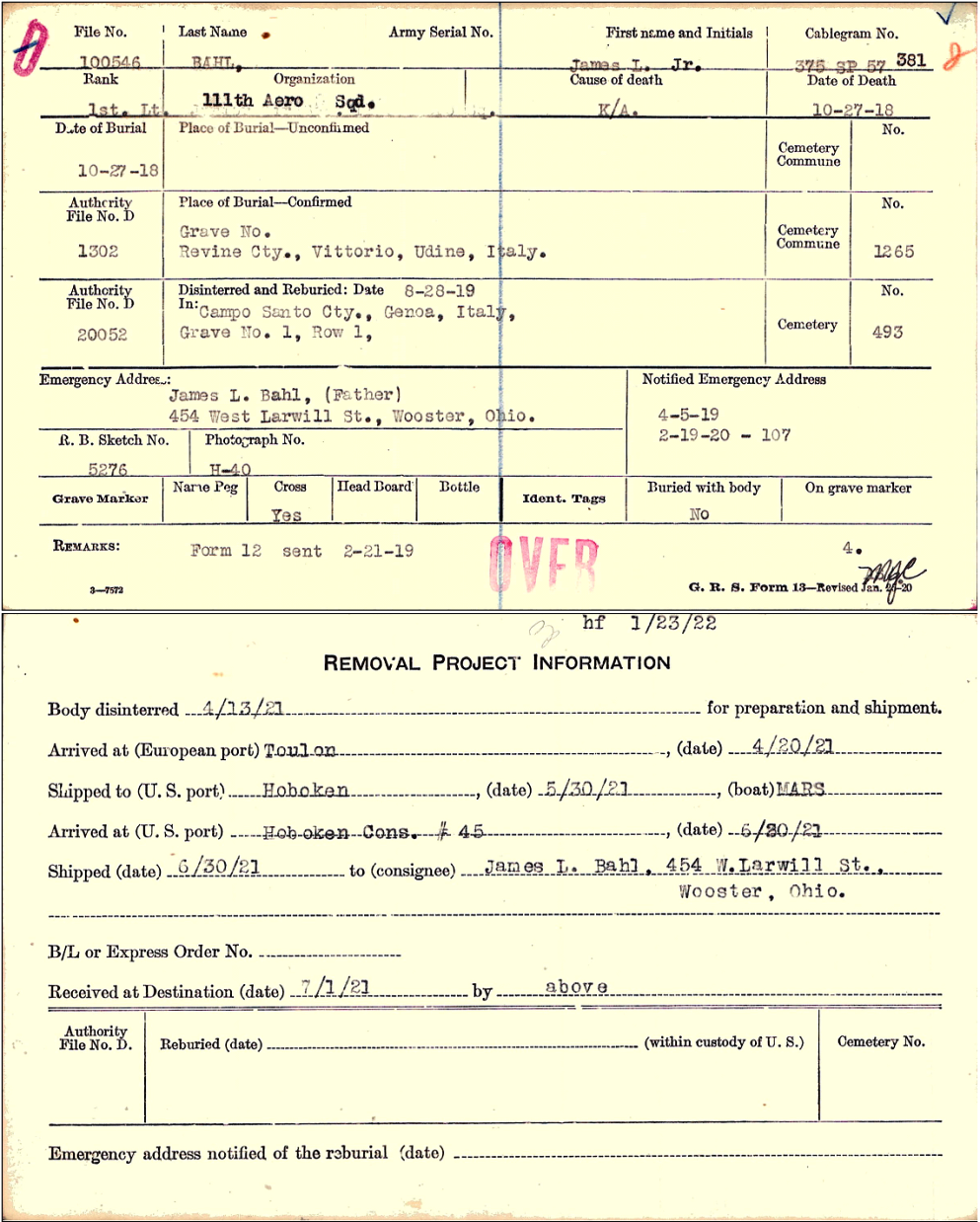 Return to Other U.S. killed / died in WWI Italy