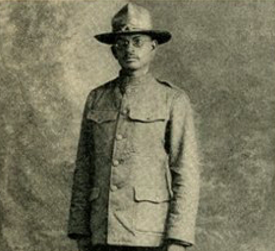 Manganlall K. Pandit was born on August 14, 1889 in Ceylon, British India. He came to the United States sometime prior to 1917.

When the United States entered the war, M. K. Pandit was drafted on June 5, 1917. He was sent to Camp Funston in Kansas, where he was part of Company E, 314th Engineers in the 89th Division. On June 12, 1918 Private Pandit and his unit departed from New York City, New York and arrived at Liverpool, England on June 24, 1918 board the ship Carpathia. He went overseas to England, Belgium, France and Germany from April 1, 1918 to June 10, 1919. He served as part of Germany’s post war occupation from the end of the war until he returned to America in 1919.

He was featured in the August 1917 issue of the newspaper and journal Young India as one of the Indians featured who was serving in the United States military during the First World War.

After returning to the United States following his military service, M.K. Pandit settled down in Missouri. He married 23 year old Edna M. Thompson on December 9, 1923 in Jackson, Missouri at the age of 34.

When the United States entered the Second World War, M.K. Pandit enlisted on August 28, 1942 in Fort Leavenworth, Kansas at the age of 53. During World War II he was part of the 23 Transportation Squadron, Army Air Forces. He completed his U.S military service with the rank of sergeant following end of the Second World War. 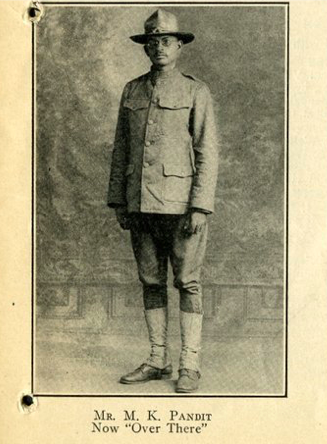 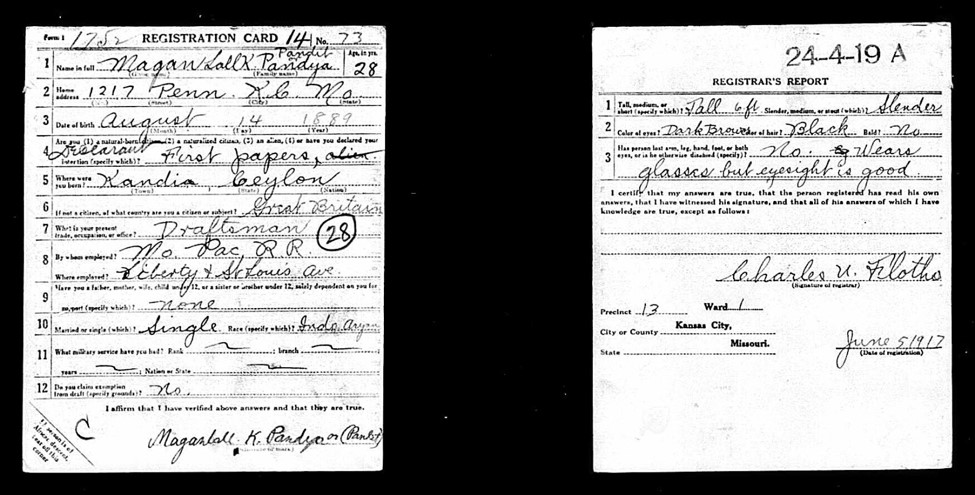 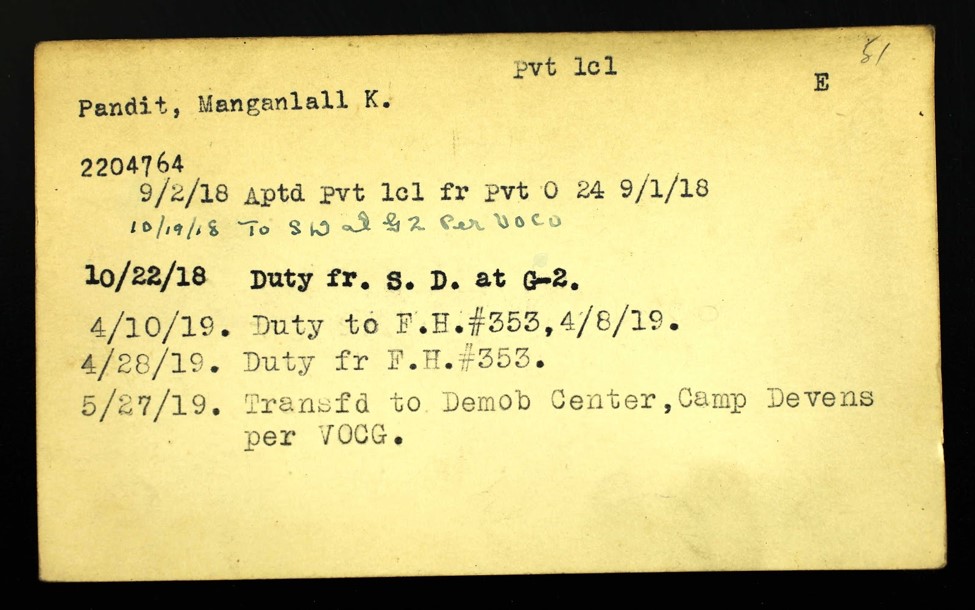 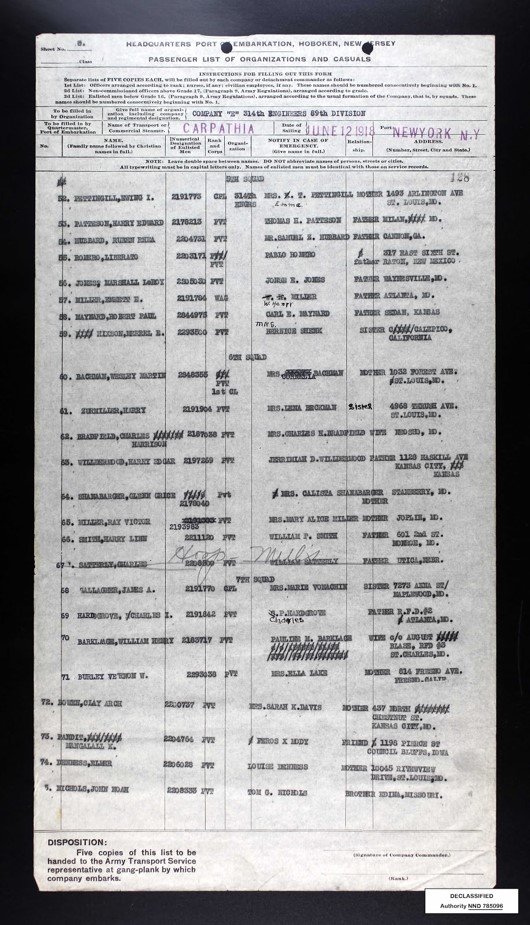 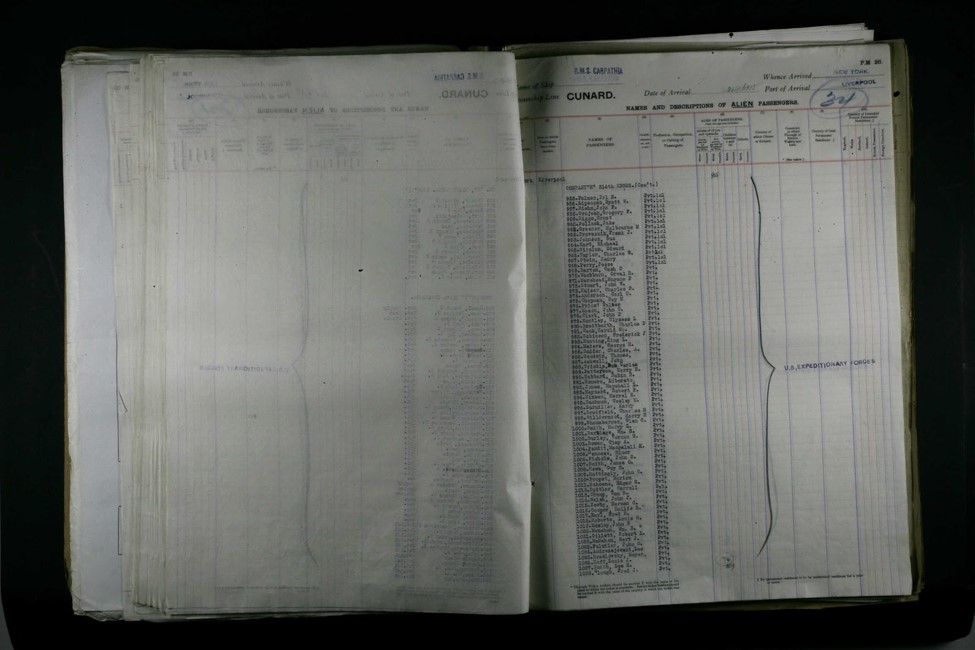 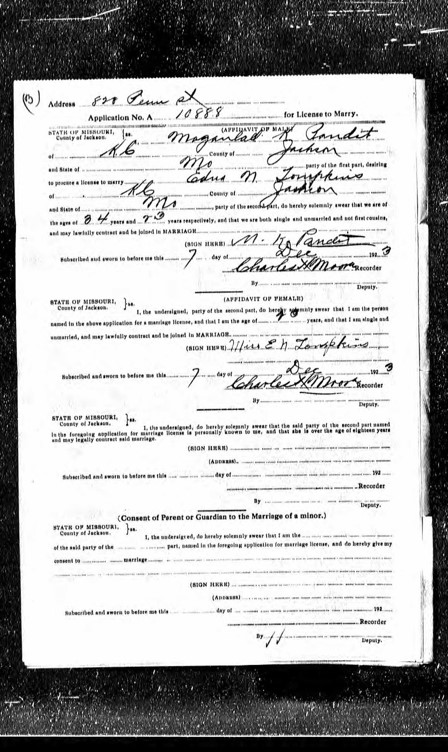 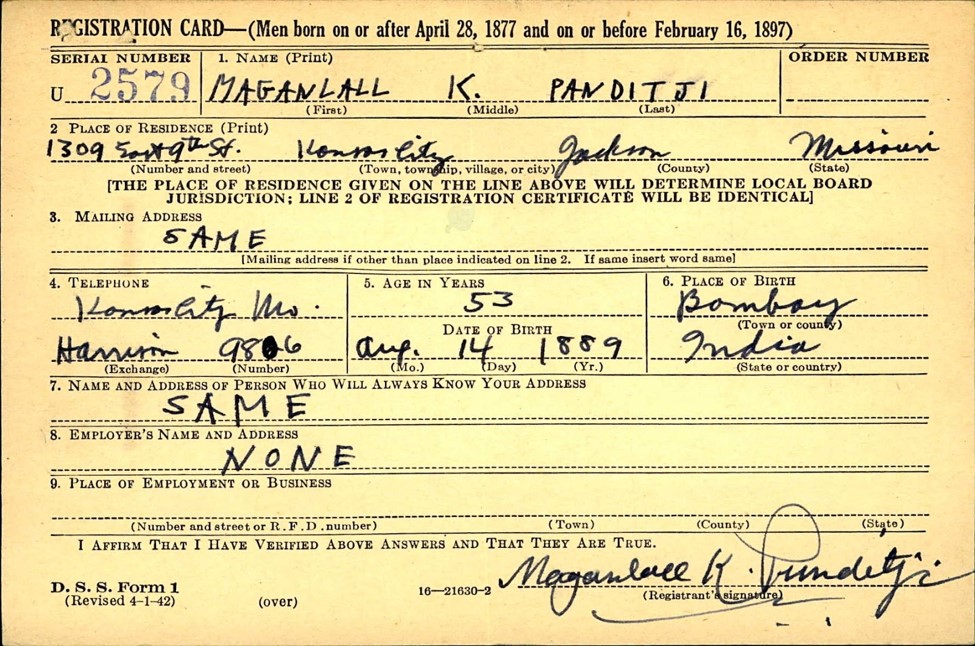 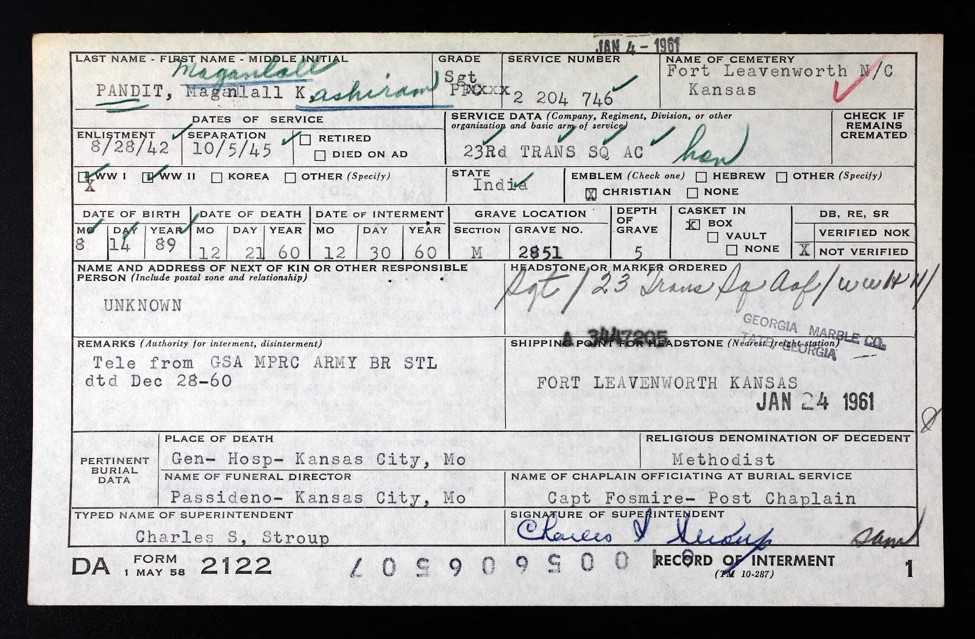