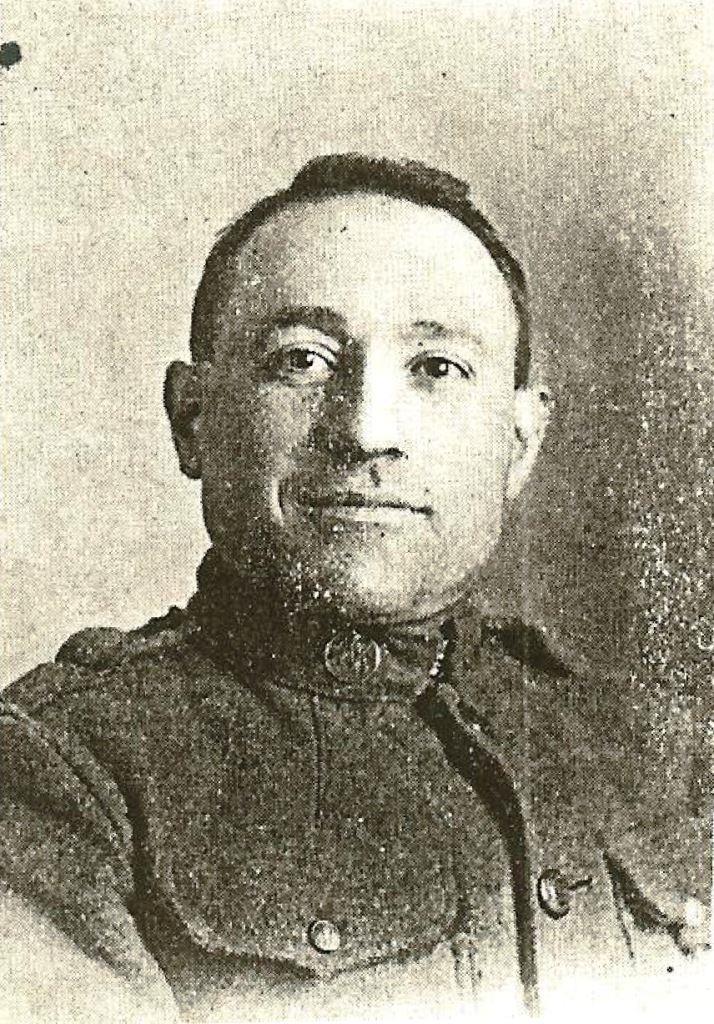 My great grandfather had a non-traditional experience in the American Army during WWI. He was born, raised started a family of two small boys and a wife whom he left in Italy and managed his way to join the US Army in WWI

On April 2, 1918, Joe PRINSA joined the US National Amy in France at age 29. His service during WWI was first in France with Co M of the 331st Infantry, till July 3rd when he transferred to the 332nd with Italian, British and American forces known as American Expeditionary Forces 6. This military action was with the Austrians at Vittorio-Veneto along the Pave River, Italy in late October 1918 and early November right up to the end of the war at 11:00 AM Nov 11th 1918.

On 29 March, the 332nd Infantry Division, aboard the Duca d'Aosta, left Italy and set sail for the United States with Grandpa Joe among them. Joe Prinsa’s entry into the United States was in 1919 when the ship returned the men to Ohio, and eventually to 83rd Division headquarters at Camp Sherman near Chillicothe.

This journey was via the Great Lakes at Sandusky where the US National Army had a stop (May 1, 1919) at the processing center located near Bucyrus for 332nd Infantry returning Ohio service men from WWI. This trip included marching in a parade at the State Capital of Columbus on the Division’s trip home to Camp Sherman, where the 83rd Division was demobilized and all were discharged at Camp Sherman on May 3, 1919. (See enlistment record)

Joe then journeyed from Chillicothe up to Columbus Ohio where he became a chipper at Buckeye Steel Castings. He worked, saved money and sent for his wife Mary and Son Nick to join him in 1922.

After some time, they moved northward following work with the steel mills and Railroad industries and settled in Lima Ohio. There Joe lived until his death on June 7, 1946. (see death certificate) He is buried at Gethsemani Cemetery, 2001 Spencerville Rd, Lima, OH 45805

Joe was also very patriotic and insisted his son Nick to learn to speak only English in addition to his willingness to join the military services for WWII (see draft card) at age 53
.
Joe's wife Mary would go on to live into her mid 90's. Joe surviving son Nick, went on to have two daughters and 9 grandchildren when he married Mini Tata. Nick own several successful businesses and live the American dream. Joe's advice as passed down by his son Nick to his grandchildren included;

"Don't be afraid to take a chance, Christopher Columbus took a chance and he discovered a new world" 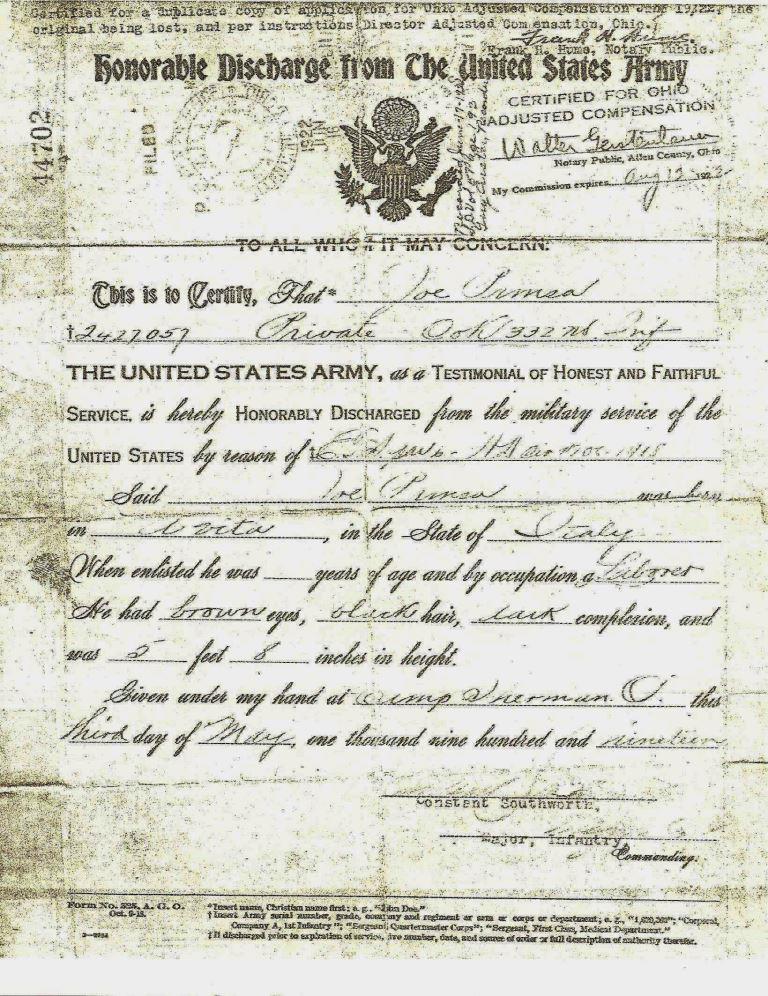 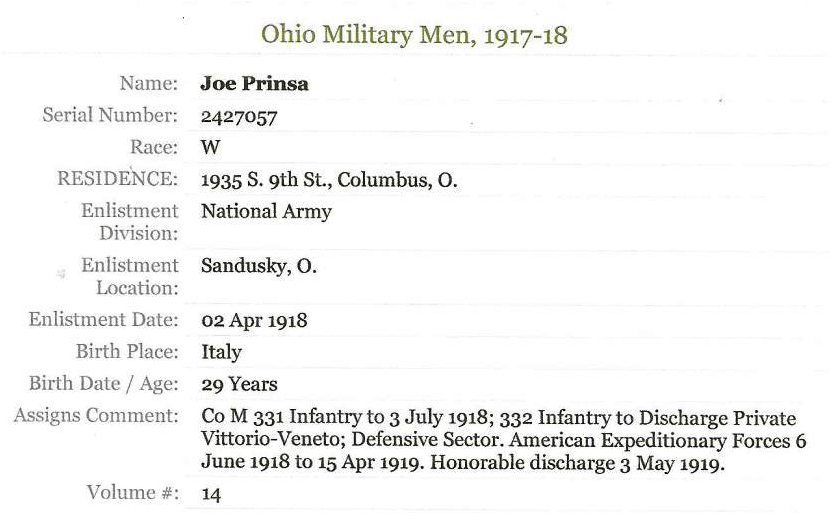 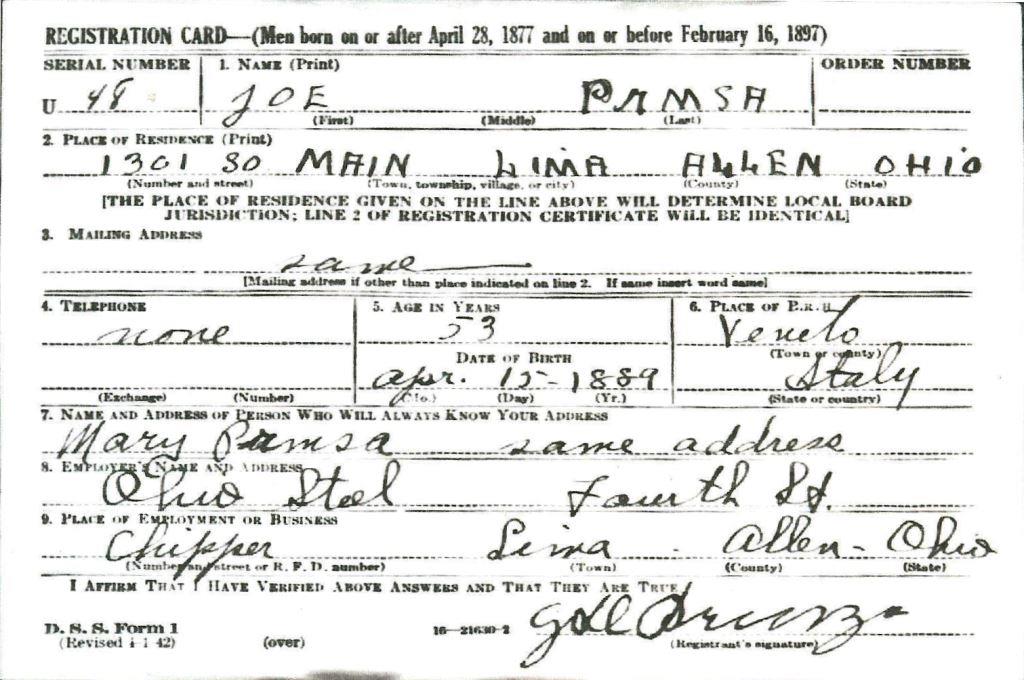 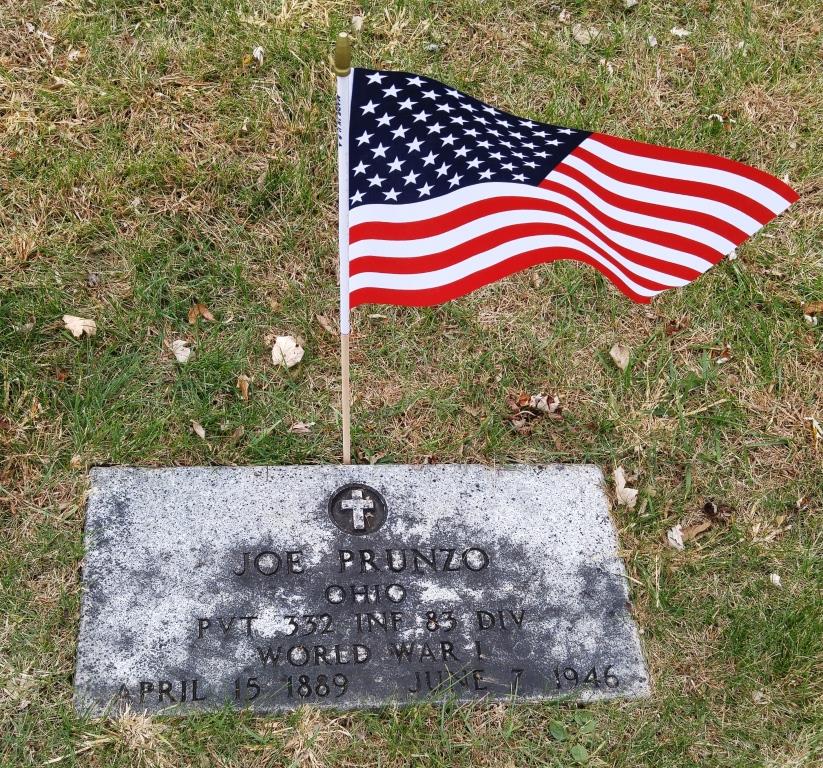