The Great Forgotten, New Play about American Nurses in WWI

I had the vision to write The Great Forgotten, a play about World War I nurses, while living and studying in Paris, France. While visiting military museums and war memorials including Les Invalides, the Memorial de Caen, and the Museum of the Great War in Peronne, I was always disheartened by the lack of information regarding the women who were at the soldiers’ sides and who played a key role in the success of the Allies. While there were areas dedicated to the bravery of the nurses and the women’s efforts, they were paltry in comparison to those of their male counterparts. As a student, I was fascinated by history but learned very little about World War I. The focus in school was always the Second World War. This seemed a bit paradoxical to me, since the Second World War would never have happened had it not been for “the war to end all wars.” I was drawn to the history of World War I by the simple fact that I knew very little about it compared to World War II. Moreover, history books have always lent themselves to men and the male story, especially in relation to World War I. I was determined to discover more about the women who served and I was particularly interested in the nurses’ stories. 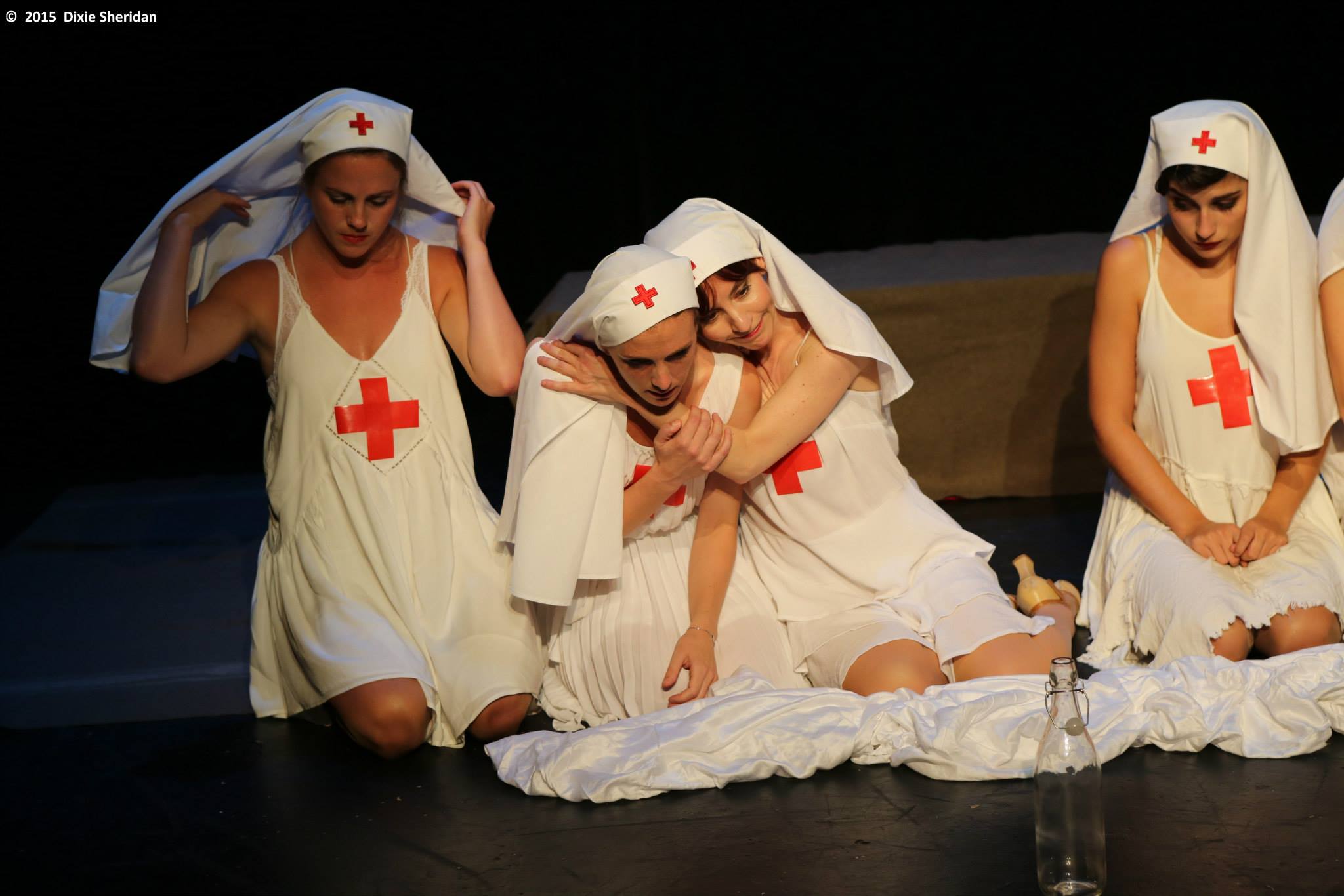 As a playwright, I wanted to tell the story of the American nurses who served in France during the Great War. Additionally, I wanted to expose these brave nurses who returned home to a new era, the Roaring Twenties, and were never recognized for their work in helping to win the war. Many of the American nurses who served in France mended thousands of soldiers back to health who would have died had it not been for their courageous aid. A play like The Great Forgotten would not only entertain, but also raise awareness and educate audiences about these unsung heroes. As I soon realized that this would be a huge undertaking, I decided to reach out to the person I admire most, my mother, a fellow writer and a registered nurse for much of my upbringing. When I asked my mother if she was interested in writing this play with me, I knew I had made the right decision when the first word out of her mouth was a strong and eager “yes!”

Together, my mother and I set out on a journey to tell the stories of the American nurses who served from 1917 to the end of the war, many of them staying years after to help mend Europe back together and assist during the wretched Spanish Flu epidemic that killed more individuals than the war had done. We quickly realized that the literature on World War I nurses, particularly the American ones, was difficult to find. The majority of World War I literature is about the soldiers. One has to dig deep to find stories about the nurses, and often when one does find them, they will be from the same short and recycled articles about their bravery that one has already found elsewhere. 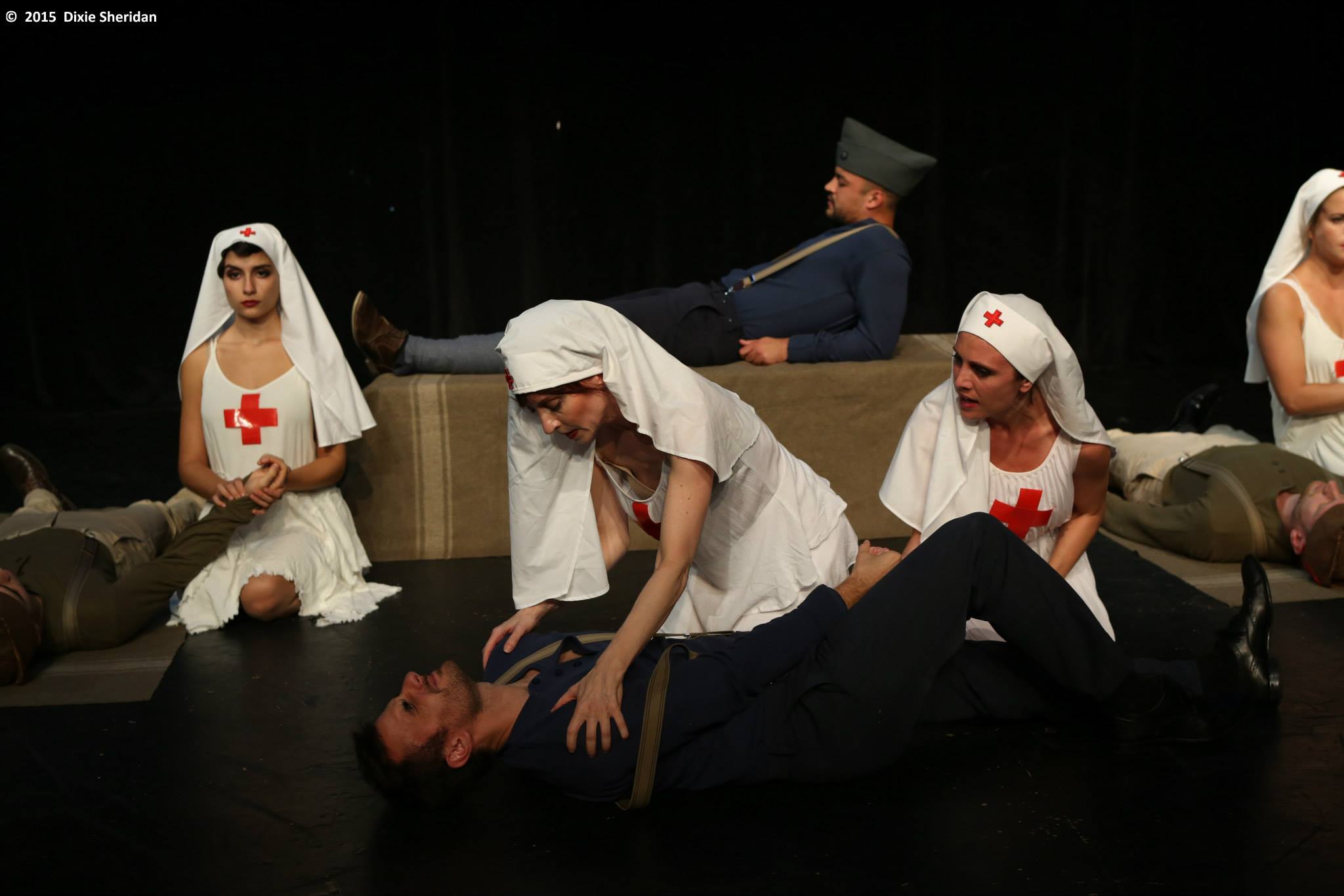 When we finally stumbled upon the Bernard Becker Medical Library Digital Collection of Julia Stimson’s Letters Home, we felt it was our first real nugget of an authentic account. Julia Stimson was born in Massachusetts in 1881 and became superintendent of the Army Nurse Corps during World War I. She would eventually become the first woman to attain the rank of Major in The United States Army. Her letters to her family home while serving in France give us tremendous insight into the lives of American nurses. They describe the long journey by ship, initially to London for training, and then to France, where the nurses were inundated with soldiers dying of gangrene, shrapnel wounds, and the dreaded mustard gas.

Another valuable source, a book that we turned to time and time again for our research, was American Women in World War I, They Also Served, by Lettie Gavin. Gavin’s insights include information not only about the nurses who served during the Great War, but also about the Hello Girls who worked the French telephone systems, often forwarding top secret information that helped win the war. The Red Cross Volunteers and the first women in the navy were an excellent source for understanding what these women were up against during a time when sexism was paramount and a woman’s role was in the home. 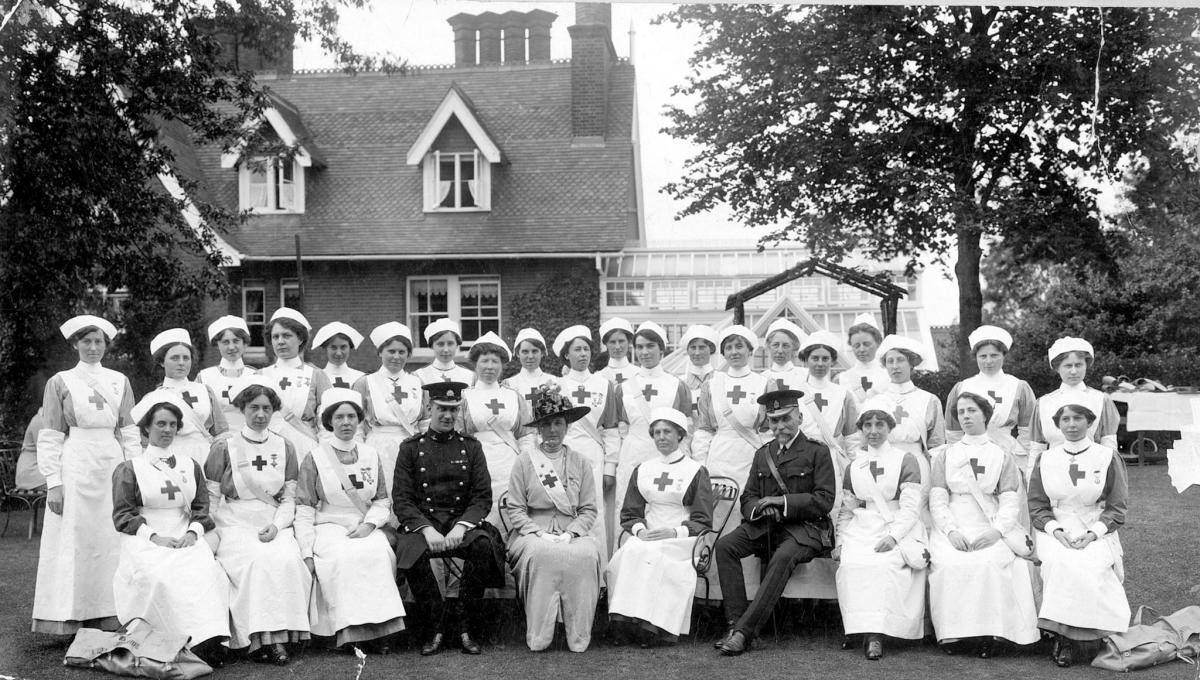 Veiled Warriors by Christine E. Hallett was another remarkable book that we used for researching The Great Forgotten. Not only does this work of fiction account for the American nurses who served during World War I, but also includes facts about other groups of nurses who worked for the allied forces, including French, British, and Russian nurses.

While online literature and books fed much of our research about World War I nurses, we also viewed films and documentaries on the subject. The BBC had a handful of wonderful documentaries about the nurses who served. Additionally, the French documentary Apocalypse is a suburb account of World War I, indeed in my opinion one of the best. And we highly recommend The Great War produced by PBS, premiered in April 2017, which tells the complex stories of nurses, including some of their unpublished memoirs, diaries, and letters.

In addition to the war, The Great Forgotten deals with the women of the Lost Generation and their struggle to be heard as they demanded equality, not simply by achieving the 19th amendment, but by setting new norms to be sewn into the fabric of society. The women of the 1920’s, many of whom had worked for the war effort at home and abroad, paved the way for the liberation movement of the sixties. The Lost Generation slogged through barriers and worked towards change in women’s influence on society. My mother and I felt their history so closely linked to the Great War that combining them was a crucial part of the story we set out to tell.

With women’s stories on the rise, we hope that as a collective (both women and men) we can begin to dig deeper for the forgotten stories that are not only important to honor, but are also just as much a part of America and American history as are those that are rehashed time and again.

Treatment Procedures of Wounded from Front Line to Hospital and Rehabilitation

Americans today associate PTSD with our Iraq and Afghanistan veterans. Truly, post-war trauma must have always been with us. We are, after all, human and violence of any kind offends us, especially when life and limb are violated. But in the Great War, more men survived the realities of bullets, shrapnel, gas and chemical attacks as well as disease than in any other war. The reason is, of course, that we had organized medical teams behind the lines at the ready.

True that those teams had little in the way of medicines or technology to aid them in rapid response to aiding wounded. But the process of getting aid to a wounded soldier had begun.

What do we know of that process?

We learned that the sooner a medical team sees a man, they can not only bandage him and/or administer first aid, but ease his pain.

The need for speed meant armies developed the concept of stretcher bearers who carried wounded from the line backward to a first aid station. This may have been a TRIAGE station where wounded were assessed for survivability. Triage posts were often served by ambulances, either horse drawn or mechanized. These vehicles ran over rough terrain at slow speeds and men inside often had no morphine or other to ease their pain.

Analysis of wounded men immediately behind fighting line was often called TRIAGE, or separation of wounded in to 3 groups.

1. those who would not live no matter the medical attention;

2. those who needed immediate attention;

3. those who could wait a reasonable time for attention.

We learned that a proper supply of emergency materials was necessary the closer to the front a medical team operated. This included not only scissors, bandages, splints, gauze, but also fresh sterile water, iodine and other similar sterilizing ointments.

The Great War occurred during a period when medical researchers were first beginning to understand the process of bacterial infection and how to limit its virulence. No antibiotics were yet available. So cleansing a wound was a laborious process. Furthermore, the forensics of bullet trajectories and the erratic intrusions of shrapnel made removal of such foreign objects more of a guessing process than a logical one.

X-rays were available but limited in their scope. Furthermore, not every medical team had use of one.

4. Psychological effects of exposure to elements

Not only was a soldier exposed to bombs, bullets, shrapnel, gas and chemicals, he was exposed to the actions and reactions of his comrades to these elements. Add to that the primitive conditions of living and working in knee deep mud, poor hygiene, poor diet and constant pressure to perform menial tasks, and the average soldier suffered physical and social challenges which few current-day non-combatants can identify with.

Often a wounded man required one or more secondary surgeries. Operations performed by medical teams close to the fighting lines were under their own pressures to work quickly. This could mean the wounded had received life-saving treatment but required advanced surgeries to enhance the primary surgery.

To ensure continued care in a more secure area, the US Army (like other armies in this conflict) established hospitals well behind the lines. Americans established a base hospital system, staffed by entire teams from hospitals in the continental US and complemented by others from other area who joined those teams. These base hospitals were approximately 50 to 100 miles behind any front. So indeed a wounded man was transported even farther back of the line to a stationary base from which he could recuperate for an extended period. He was either certified completely recovered and returned to the front lines to fight again or sent on down the line to return home. In the US, he could be treated at another hospital or returned to his civilian home.

No such entity as our current Veterans Administration existed at that time. A man was left to recuperate on his own. The VA was a post World War II entity created by the Congress.

6. Rehabilitative services which were new

Physical therapy as a professional service was a new technique offered to amputees and those who had suffered physical incapacities. Much of this kind of therapy included training for new professions, such as weaving and metallurgy. For those men who were amputees, many were offered prosthetic devices for arms and legs.

For those men who suffered facial deformities, plastic surgery was in its primary stages of development. And while many of these men opted to go into "retirement homes" because they did not wish to re-enter society, many of them volunteered to receive prosthetic masks. Many volunteered to be patients in novel procedures which today form the bedrock of our knowledge about efficacies in plastic surgery.

2. Frontispiece of Pickerill's text on facial surgery, produced on the basis of his M.S. thesis to the University of Birmingham

We welcome you to participate in the development of this section of the site. If you have any information about a member of the Corps, including pictures, film clips, letters, enlistment cards, diaries, clothing, newspaper articles or other, please email the particulars to Jo-Ann Power at joannpower2@gmail.com.