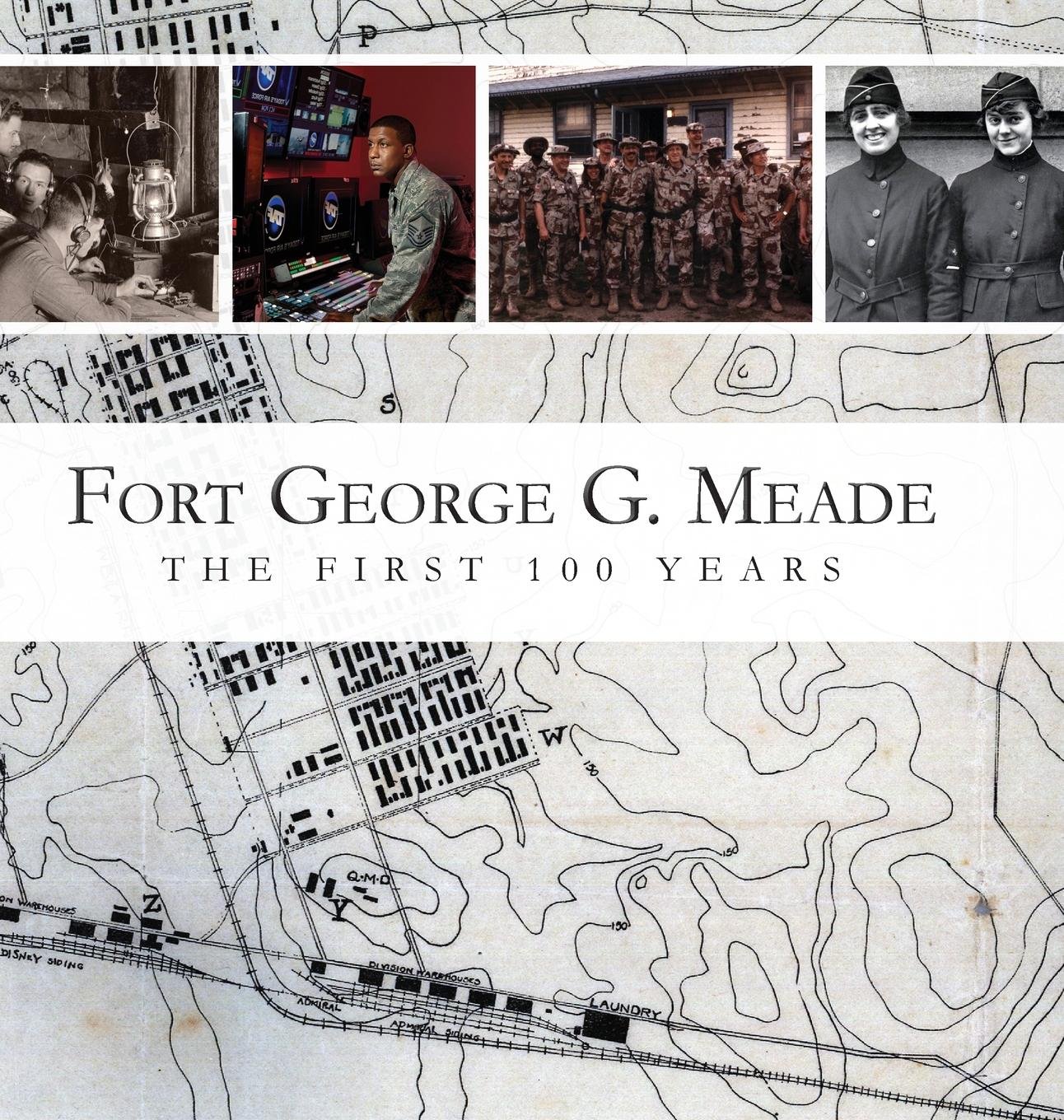 Fort George G. Meade held the first two-hour planning meeting for our WWI Centennial celebrations in August 2015. After the meeting, I headed toward the door with a long list of events, projects, and further planning to do. Camp Meade had been one of the first of 16 cantonments established at the start of the U.S. involvement of the war. The plans we made to acknowledge that history were going to keep me busy for the next couple of years and I couldn’t wait to get started.

Then Barbara Taylor, the now-retired Fort George G. Meade museum curator, grabbed me by the arm and whisper-hissed her declaration to me.

If you’re a writer, you grow accustomed to people saying this to you. My first reaction was absolutely, positively no. N. O. Not gonna happen. Nope. Not me. Nein!

But Barbara persisted until I finally agreed to serve as principal editor and writer of Fort George G. Meade: The First 100 Years. The ebook and hardcover contain nearly 30 essays about WWI alone which is only two years of the installation’s 100-year history. From WWI to the present, as U.S. Cyber Command, the nation’s newest combatant command puts down roots at Fort Meade, the book provides an overview of it all.

Soldiers playing football in the snow at Ft. Meade in 1917. Image source: reddit

I’d worked at Fort Meade in Maryland for over ten years at the time of the centennial planning. I’d read bits and pieces of the history and knew some of the legends. Named after the Civil War general, home of the first Tank Corps and the place where George S. Patton and Dwight D. Eisenhower developed tank tactics. Fort Meade had a museum where one of the first battle tanks used in WWI was housed. To that point, there had been a small pamphlet published about the history of the installation but not much else.

When Barbara brought up the idea of writing a book, I laughed. Then I realized she was serious. “A hundred years of history? We should have started five years ago,” I said.

“But we’ve got to try,” Barbara insisted.

It would take a lot more than a try. The only non-fiction books I’d written were co-authored memoirs of two amazing African American women. I’d helped write their memoirs because I’d felt they had lived lives that needed to be recorded in history or face the very real prospect that those stories would disappear forever. Shoshana Johnson, the first African American woman to be held as a POW, and Brigadier General (Ret.) Julia Cleckley, the first African American women general of the line in the Army National Guard, had compelling, important accounts that reflected honest and raw experiences as the lives of black women in military uniform.

After publishing seven books in fiction and non-fiction, I couldn’t imagine how I would take on a project like Fort Meade’s military history, filling it with dates, heavy details and long recitations of facts and figures. I didn’t have the expertise and we didn’t have the time.

Barbara made the argument, with breathless excitement, that we could make it a community project, get local historians and others with connections to the base to submit essays, to write about what interested them. She said she’d comb the installation and national archives, she’d do the research. She’d thought it all through. She’d planned her argument. She was determined to convince me to take on the project. All I had to do was write it. 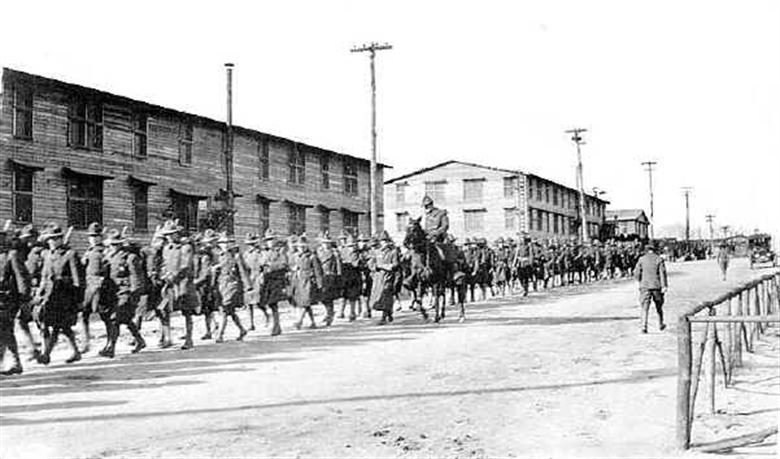 Eventually, as much as I wanted to run away from it, Barbara was right. We really needed to write a book, and for two years, that’s what we did.

One of the first essays we received cemented my decision as to the value of the project. Joann Buckley and Douglas Fisher wrote an essay based on the research they did for their book; African American Doctors of WWI: The lives 104 Volunteers. In the essay, they tell the story of how Howard University in Washington, D.C. and MeHarry Medical College in Nashville, Tennessee, helped to recruit doctors to join the Army, knowing black soldiers of the 92nd and 93rd Infantry Divisions would not get the level of care they deserved if African American doctors weren’t there to provide it. Since a large component of the 92nd Division was at Camp Meade, eight of those doctors were stationed there.

The African American doctors reported to Camp Meade after going through the hastily established officer’s course developed for physicians at the segregated officer training camp at Fort Des Moines, Iowa. The eight doctors, Arthur L. Curtis, Thomas E. Jones, Oscar DeVaughn, Raymond W. Jackson, John H. Williams, James Wittico, William A. Harris and William J. Howard and the 110 other doctors stationed elsewhere, had left safe and prosperous medical practices to serve. The stories of these brave men may have disappeared if not for the work of Buckley and Fisher. 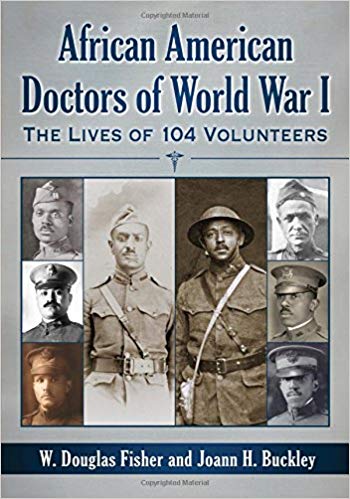 I’d known that directly after the US declared their intention to enter the war, many black men who tried to join were turned away. Eventually, black men were allowed to sign up but were restricted to labor and animal handling jobs. The 92nd and 93rd Infantry Divisions weren’t formed until African Americans lobbied for the opportunity to fight and die for their country.

It’s clear to me, that we don’t know much about African American contributions because no one was recording it. In all the research we did, I never saw anything about the role black women played in the war at Camp Meade. I know that at some point, black nurses were trained and allowed to serve, but the program began too late for any of them to get to Camp Meade. I find it hard to believe that there weren’t black women who stepped up, who rolled up their sleeves and played notable roles. I can only guess that since their stories weren’t recorded, those roles will forever go unnoticed and unrecorded. 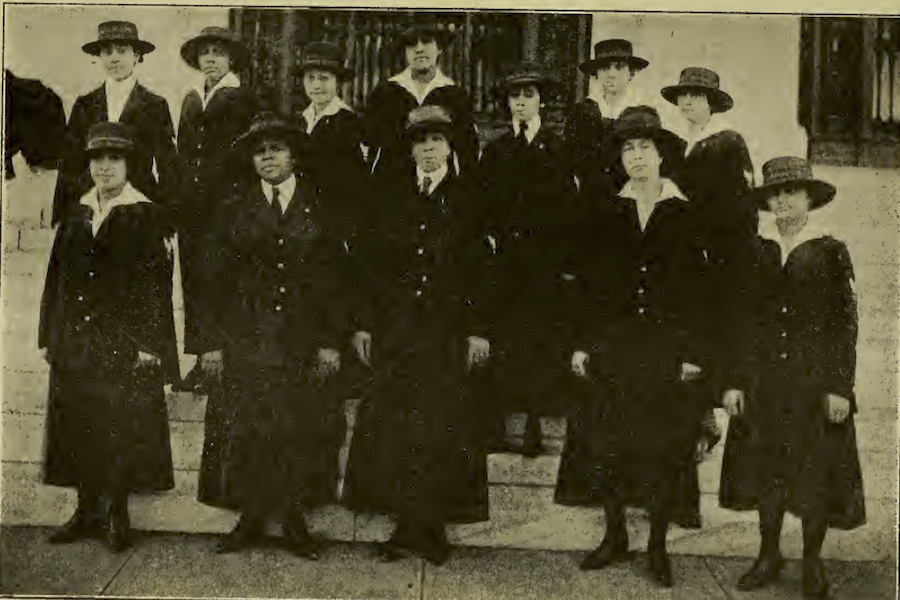 The 350-page book is available for free at the Fort Meade website, www.ftmeade.army.mil. Hardcover versions are available on Amazon.

I think it’s funny now that I said no before I said yes. There were times during the project when I wished we were writing 100 years of mead and had plenty to sample. There were other times when I wished I’d stuck with my first response. I’m still no historian but now I have raging respect for the people who put on the white gloves and sit in dusty rooms digging through papers and books and connecting all the dots and telling us the stories. I’m sad that I didn’t find stories about black women who made their contributions. Despite not finding their stories, I know they are there. All I can do now is to encourage women, especially African American women, to tell their stories. If they don’t, 100 years from now another writer will be left guessing. 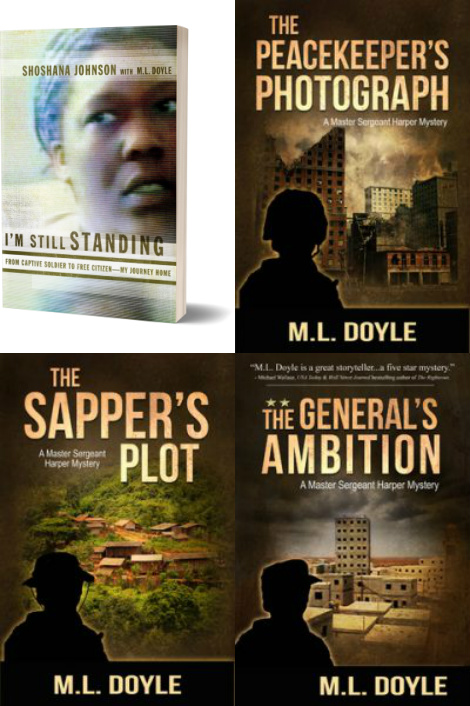 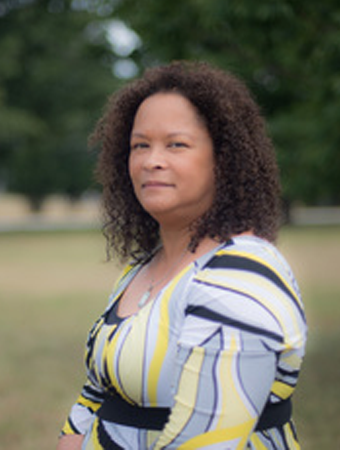 M. L. Doyle aimed to prove her brother wrong when she joined the Army on his dare. Almost two decades later, she not only confirmed that she could, contrary to his warning, make it through basic training, her combat boots took her to the butt-end of nowhere and back countless times and she lived to tell about it … or write about it as it turned out.

In an effort to ensure the stories of African American women soldiers are told, she has co-authored two memoirs. The first, I’m Still Standing, was published by Touchstone in 2010 and tells the story of Specialist Shoshana Johnson’s capture and her time spent as a POW during the early days of the Iraq War. The book was nominated for an NAACP Image award. All of Mary’s work, whether fiction or non-fiction, features strong, resourceful and intelligent African American women who wear combat boots.

Mary’s work has also been published by The War Horse, The Good Man Project, O’Dark Thirty and she serves on the team of fiction editors for The Wrath-Bearing Tree.

A native Minnesotan, Mary lives in Columbia, Maryland where her evil cats force her to feed and care for them including cleaning up their poo. Facebook.com/mldoyleauthor, or Twitter @mldoyleauthor, and you can read excerpts of all of her work on her website at www.mldoyleauthor.com.