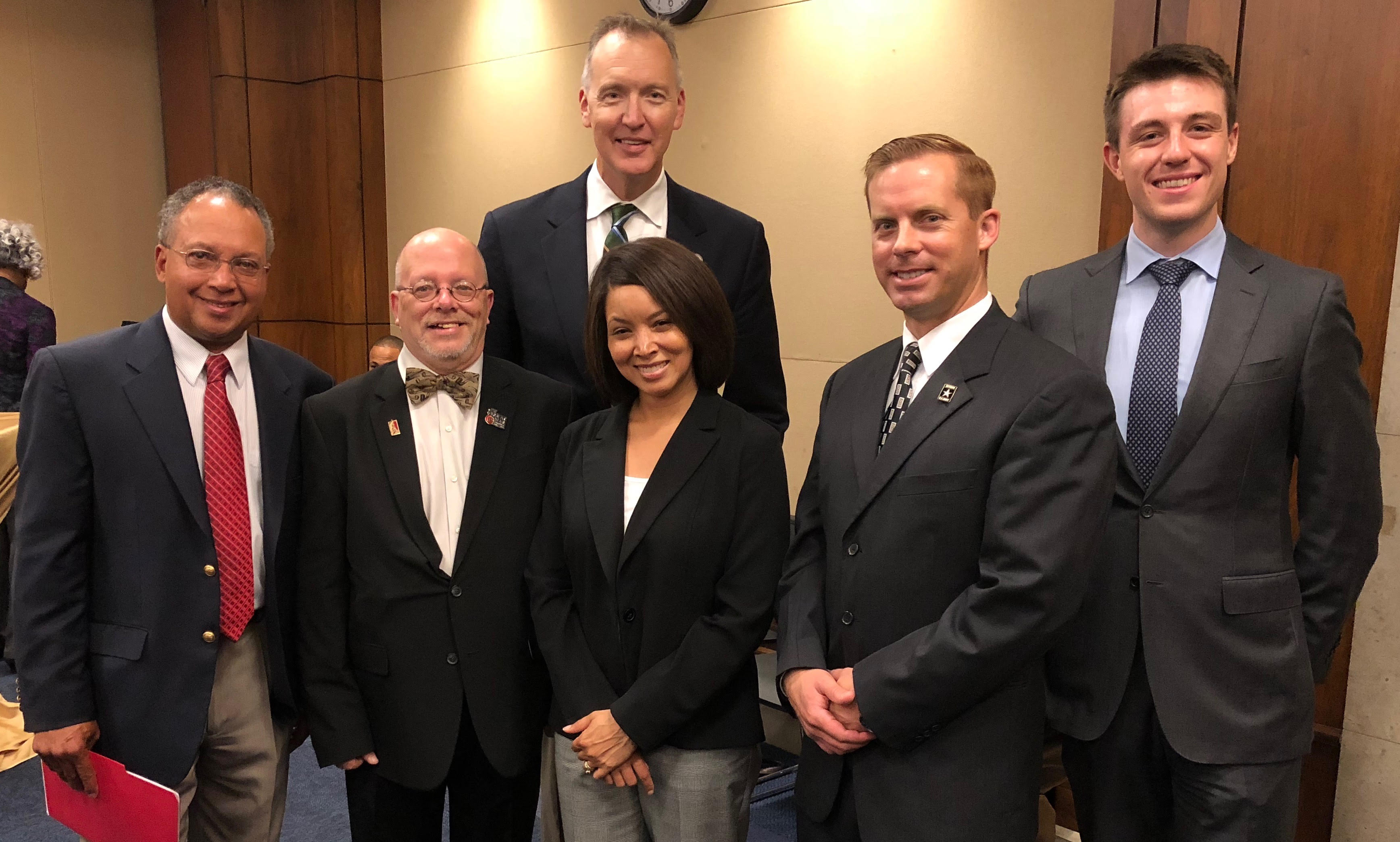 The Valor Medals Review Task Force consists of volunteers organized into three subcommittees. Each subcommittee comprises two co-chairs and their supporting teams.  We are proud to report that the majority of our volunteers in both leadership positions and the general membership are veterans of the United States Armed Forces. The Task Force is directly supported by the United States World War 1 Centennial Commission and the George S. Robb Centre at Park University.

Please see below for the biographies of our entire leadership team and select Task Force members. 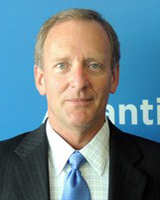 Christopher Leins is a Senior Advisor to the Office of the US Special Envoy for Sudan and South Sudan, advising on all matters related to the security sectors in the East Africa region.

Chris retired from the US Army in 2014 with the rank of Major General after thirty-five years of service in armor, special forces, and civil affairs assignments. During his last four years in the military, Chris served as Director for Politico-Military Affairs (Africa) on the Joint Staff. He was responsible for plans and policy matters involving US Department of Defense activities throughout Africa, to include policy recommendations for the Chairman of the Joint Chiefs of Staff, the National Security Council, and the interagency.

From 2009 to 2010, Chris served as Deputy Commander for the Combined Joint Task Force – Horn of Africa, based in Djibouti. Previously, Chris commanded at every level, including multiple command assignments at both brigade and battalion level. From 1993 to 1994, he deployed to Somalia as part of Operation Restore Hope, leading Civil Affairs efforts as the mission underwent downsizing and eventual withdrawal.

Mr. Leins is a Non-resident Senior Fellow with the Atlantic Council's Africa Center.  He has spoken at numerous conferences and events, including the Virginia Military Institute, the US Army War College, the Harvard Kennedy School for Executive Education, and the US Institute of Peace.

Chris was commissioned in armor after graduating from the United States Military Academy in 1979. He holds masters degrees in government from Johns Hopkins University (2002) and strategic studies from the US Army War College (2004), also graduating from the US Naval War College (with highest distinction) in 1997.  He received the US Army Distinguished Service Medal, the US Department of Defense Superior Service Medal, and the French Ordre national du Mérite (Officer Class). 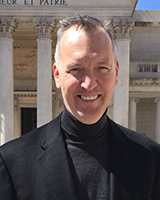 Chris Isleib is the Director of Public Affairs for the United States World War One Centennial Commission.  As such, he is the lead communicator for the commission programs.

He has spent 30 years in the world of communication, with experience in the military, in the entertainment industry, and in the historical/cultural milieu. His career positions include Director of Communication at the U.S. National Archives, Deputy Chief of the U.S. Air Force HQ Press Desk, and spokesman for the Secretary of Defense in the Pentagon regarding a host of issues. He served for 23 years in the Navy and the Navy Reserve, and acted as the Commanding Officer of five different Navy Reserve public affairs offices, retiring with the rank of Captain. Chris was also a freelance writer/producer in the entertainment industry.

He holds a Bachelor’s degree in Creative Writing from the University of Southern California, and a Master’s Degree in Communication from Boston University. He resides in Bethesda, MD. 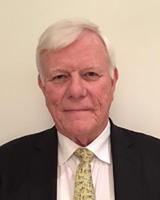 Terry Hamby is a Viet Nam veteran, serving in the Naval Air Wing during the conflict. After discharge he joined the US Army Reserves, retiring with 26 years of service in 1993. Mr. Hamby is part of a family filled with a tradition of military service with his Great Grandfather serving in the Civil War Union Army, his Grandfather was in the Army during WWI, his father served in the Army Pacific Theater during WWII, and his son served in the Navy during the Persian Gulf War. As a result, Mr. Hamby has dedicated his life to serving and honoring our U.S. military and is a Life Member of the Veterans of Foreign Wars.

Mr. Hamby has over 45 years of experience providing Base Operations and Support Services and Construction for the Department of Defense, both as a civil servant and later as a contractor. He was the founder and CEO of BMAR & Associates, Inc., which provided services to the Department of Defense in CONUS and OCONUS to include the Far East, Middle East, Africa, Europe and Central America.

As a native Kentuckian, Mr. Hamby has been actively involved in Community Military Affairs for over 25 years. He was awarded the Department of Army Commanders Award for Public Service for his work with the Association of the United States Army, Ft. Campbell and Citizens for Ft. Campbell Group. The mission of this group is working to improve the Quality of Life for the Soldiers and Families of the 101st Airborne Division (Air Assault), Ft. Campbell and the US Army. He was also recognized by the Commander as an honorary member of the 101st Airborne Division, (Air Assault).

Mr. Hamby is keenly interesting in the memorialization of significant events in history so our citizens are aware of the accomplishments of our service members and never forget their sacrifices that shaped and protected this great experiment of Democracy!

He was appointed to the United States World War I Centennial Commission by Senate Majority Leader Mitch McConnell. He was elected Chair on September 13, 2017. The Valor Medals Review Task Force was created at his behest. 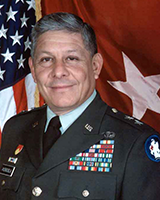 Major General Freddie Valenzuela served thirty-three years in the US Army and was highly decorated for heroism and valor. He served in three Combat Corps and six Infantry Divisions all over the world including Peru, Korea, Colombia, Turkey, Haiti, Kuwait, Grenada, Panama, Germany, El Salvador and Somalia, not to mention numerous years in interagency assignments. He commanded in the Cold War and Gulf War eras, and was awarded the two highest peace time awards upon retirement, the Defense & Army Distinguished Service Medals.

He was commissioned from St. Mary’s University as a Distinguished Military Graduate and awarded a Bachelor of Arts Degree in Government. He holds a Master of Arts in Political Science, with emphasis on Latin American Studies and National Security Affairs. Additionally, he is a graduate of the Inter-American Defense College, Command and General Staff College, Armed Forces Staff College, and the Air War College. His last Assignment was as Commander, United States Army South from July 2000 until October 2003. He retired from active duty on 1 May, 2004.

MG Valenzuela is an Eagle Scout himself and was inducted into the Boys and Girls Hall Fame. He sits on the National Board of Directors for St. Mary's University, Armor Designs Inc., G.E. Philips, Tomas Rivera Policy Institute, National Recreation Board of America and USAA Federal Savings Bank. He was named one of the “100 Most Influential Hispanics” by Hispanic Business magazine and selected to the Board of Directors for the Cuban American Council for Education. He is President/ CEO of M.C. Valens; a service disabled veteran owned business.

He was appointed to the United States World War 1 Centennial Commission by then-President Barack Obama, and remains actively involved in the proceedings of the Valor Medals Review Task Force. 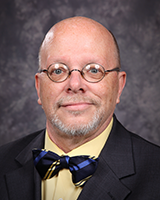 Westcott has 30 years of experience in secondary and higher education. He came to Park in 1999 to serve as the director of the Weekend and Evening College on the University’s flagship Parkville Campus. During his tenure at Park, Westcott has also served as interim registrar, dean of Undergraduate Studies and as chair of both the Department of Psychology and Sociology, and the Department of History and Political Science. 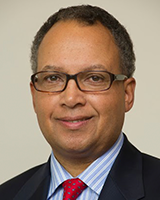 In 1987, Sammons was named a Henry Rutgers Research Fellow at Rutgers University-Camden and completed his critically acclaimed Beyond the Ring: The Role of Boxing in American Society. In 2001 Sammons was awarded four fellowships, including a National Endowment for the Humanities Fellowship for 2002-2003 in support of Harlem’s Rattlers and the Great War: The Undaunted 369th Regiment and the Quest for African American Equality (with John H. Morrow, Jr.)

He is a History Adviser to the World War I Centennial Commission and a member of its Valor Medal Review Task Force. He also serves on the NYC WWI Centennial Committee. Sammons continues to expand his scholarship on members of the 15th /369th and all black soldiers of WWI. Additionally, Sammons is the Chief Historical Consultant to a Monmouth University sponsored documentary project focusing on veterans of the 369th Regiment from World War II.

Sammons has served as President and Secretary of the Beta Chapter of Phi Beta Kappa at NYU and was a National Senator of the Phi Beta Kappa Society. He has served on the editorial boards of The Journal of Sport History and Sport and Social Issues, and has taught at Princeton University, the University of Houston, and at Hollins College (Roanoke, Va.) as a Jessie Ball DuPont Scholar. 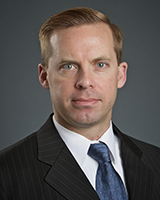 Dwight S. Mears is a member of the Valor Medals Review Task Force and the author of The Medal of Honor: The Evolution of America’s Highest Military Decoration. He is a graduate of the US Military Academy, where he also taught history from 2010-2014. Additionally, he holds a PhD from the University of North Carolina at Chapel Hill, and recently received his law degree from Lewis & Clark Law School.

Inspired by his Grandfather’s service in World War II, he led a fifteen-year effort to secure Prisoner of War medals for United States airmen who were interred in neutral Switzerland during World War Two. After receiving support from the United States Congress, Air Force General Counsel Ann Petersen, Acting Secretary of the Air Force Eric Fanning, and Chief of Staff of the Air Force General Mark Welsh, these medals were finally authorized and awarded in 2014 thanks to Mears’ scholarship and outreach.

He is a multi-engine, fixed wing, rotary, and instrument rated commercial pilot. 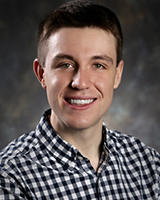 Zack Austin is the Adjunct Director of the Valor Medals Review Task Force, where he is responsible for managing the Task Force’s volunteers and liaising between Park University and the United States World War I Centennial Commission.

He graduated cum laude with distinction in both history and global affairs from Yale University. While in school, he founded the undergraduate military history society, represented Yale at the national championship level in Olympic-style riflery, completed a research project commissioned by the National Intelligence Council, and received the Percival W. Clement prize in American History for his thesis “Kitchener’s Army All Over Again: World War I, the New York National Guard, and the Merits of Subjective Military Control.” After graduation he has worked as a defense analyst in Washington, though he is never far from his native Columbus, Ohio. He is an aspiring pilot and will matriculate into Yale Law School in the Fall. 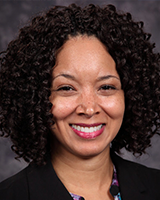 Bridget Locke is a member of the Valor Medals Review Task Force. Since July 2018, she has served as the director of strategic communications within the Office of University Engagement at Park University.

Prior to joining Park University, Locke was the major gifts manager for the United Way of Greater Kansas City. She has also served as the assistant director of enrollment services and marketing manager at Donnelly College in Kansas City, Kan., and in various roles at Assurant Employee Benefits in Kansas City, Mo., including a stint as the corporate communications and community relations specialist.

Locke earned a Bachelor of Arts degree in communications and human development from the University of Saint Mary in Leavenworth, Kan. She is currently pursuing a Master of Arts in Communication and Leadership from Park and is scheduled to graduate in December.