More About The Lost Sketchbooks 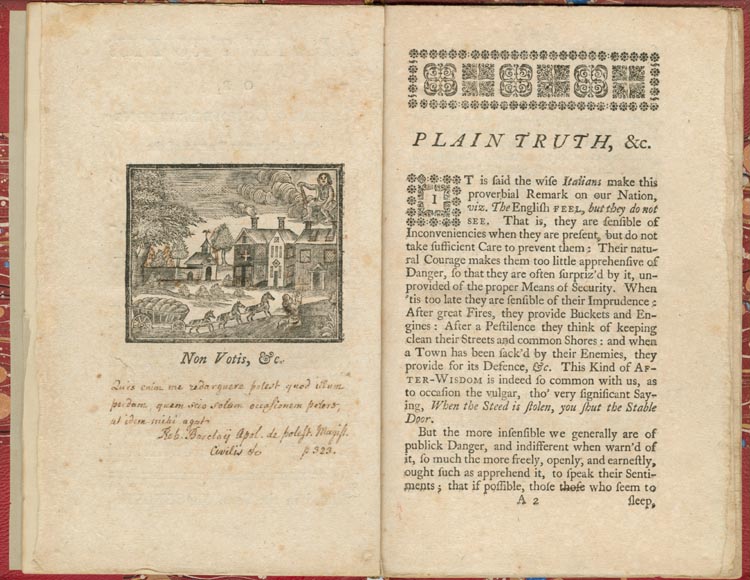 In the middle of the eighteenth century, England had been fighting France for control of North America for nearly one hundred and twenty years. The latest iteration, King George’s War, had started in 1744. The British fleet and troops from the New England colonies had captured the French fortress of Louisbourg on Cape Breton Island in 1745, but the great port cities of north America were still threatened by French warships and privateers.

In a meticulously argued pamphlet dated November 17, 1747, Benjamin Franklin, being a very practical man and considering "...some Means of Avoiding or Preventing the Mischief before it be too late" expounded at length on the vulnerability of Philadelphia to disruption by those at war with England at the time, with the end of awakening the citizenry. There is included much quoting of scripture, and threats of increased rates of insurance and other enumerations of the dire consequences of inaction. “…your Persons, Fortunes, Wives and Daughters, shall be subject to the wanton and unbridled Rage, Rapine and Lust, of Negroes, Molattoes, and others, the vilest and most abandoned of Mankind."

Franklin’s knickers were apparently in a bind when he noted that the Quaker government had frequently denied requests for defense, as so doing might lead to violence, and rich men and merchants would not spend a cent to defend the Quakers, who would not defend themselves, even if it meant leaving their own interests unprotected. ("Till of late I could scarce believe the Story of him who refused to pump in a sinking Ship, because one on board, whom he hated, would be saved by it as well as himself.").

He called upon “…the middling People, the Tradesmen, Shopkeepers, and Farmers of this Province and City… Men, acquainted with Fire-Arms, many of them Hunters and Marksmen, hardy and bold. All we want is Order, Discipline, and a few Cannon.”

As a goad, he noted the “grievous Debt” which "Our Neighbours of New-England" had incurred to put together a fighting force and wrenched Louisburg from the French. He goes on to rally the martial spirt of “those noble Warriors” who fought for England from time immorial. “Nor are there wanting amongst us, Thousands of that Warlike Nation, whose Sons have ever since the Time of Caesar maintained the Character he gave their Fathers, of joining the most obstinate Courage to all the other military Virtues.

To seal the deal, Franklin proposed that, if his proposal should meet with the approval of the populace, “the Writer of it will, in a few Days, lay before them a Form of an Association for the Purposes herein mentioned, together with a practicable Scheme for raising the Money necessary for the Defence of our Trade, City, and Country, without laying a Burthen on any Man.” He signed himself “A Tradesman of Philadelphia.”

The 103rd Engineer Battalion (ARNG PA) is a descendant of the Regiment of Artillery and the red lion on their shield denotes their service in the War of 1812. 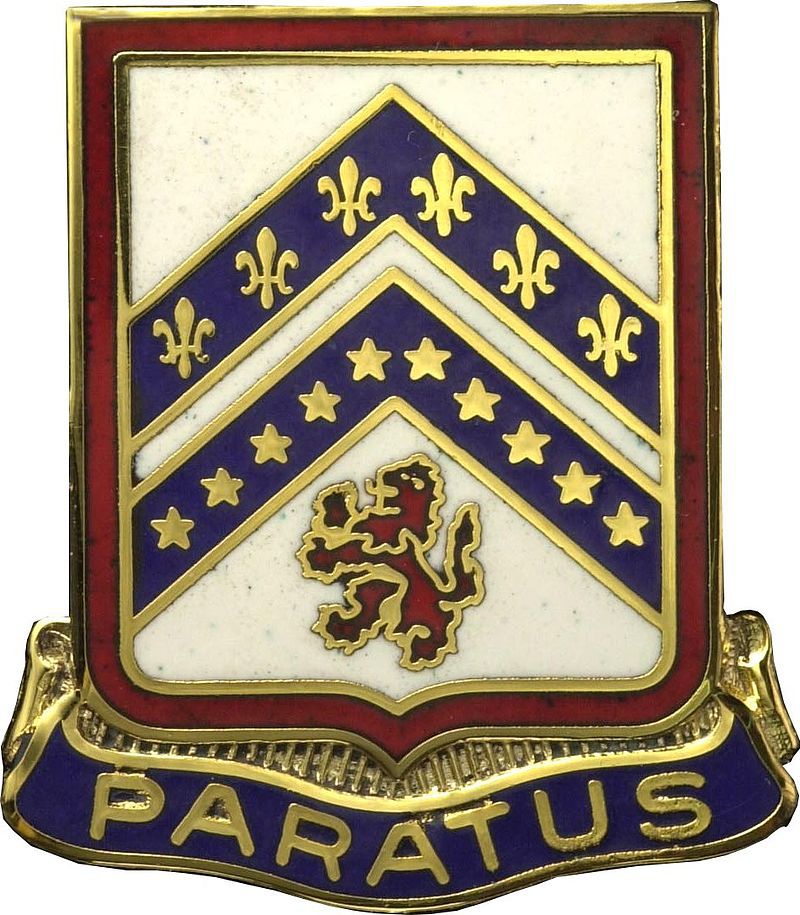